The photo, shared to Reddit by user Davidowicza, shows a yellow Labrador snoozing where one would expect to see a cheetah. The dog seemed right at home in the African big-cat enclosure, and the picture shows him napping without worry. However, there is a heart warming reason for the dog’s presence.

Davidowicza captioned the viral photo: “Went to the zoo today and I’m 99 percent sure that’s not a cheetah…” The post received more than 100,000 upvotes and thousands of users commented on the confusing photo.

One Redditor said: “When you lie on your resume, but you are an excellent liar.” Another added: “It’s a stand-in. The cheetah’s on holiday in Africa.”

Several people recognised the dog from Turtle Back Zoo in West Orange, New Jersey and explained that the pup actually lived in the enclosure with the cheetahs as a support animal.

One user said: “Turtleback zoo!! There is a sign a few feet away explaining that when a cheetah is born alone they put a dog with it in the litter to live with and grow up with. Helps the cheetahs mental health.” 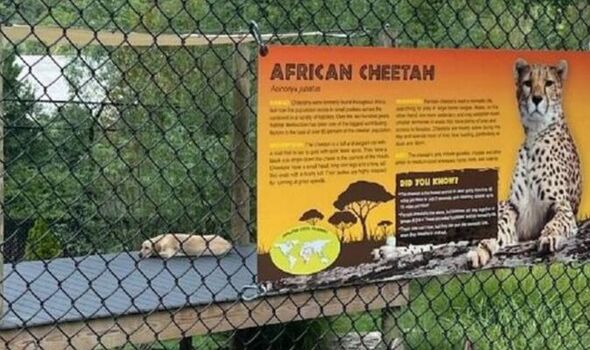 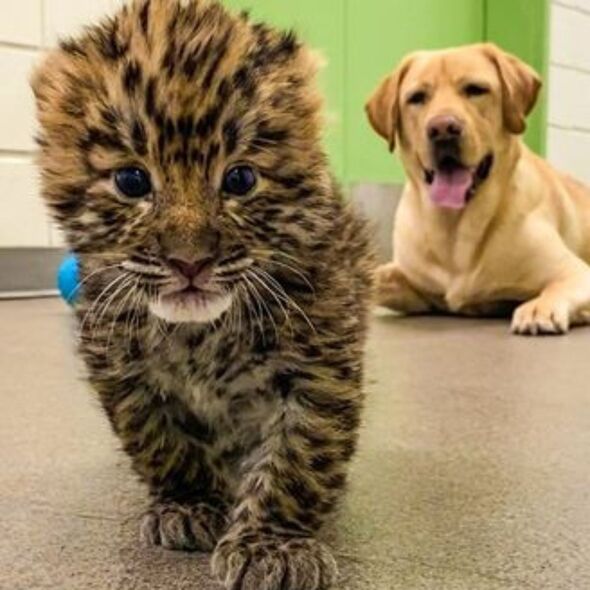 The original poster conceded that the commenter was right. Davidowicza said: “It was still funny approaching from a distance and being like ‘That’s one odd looking chubby cheetah’.”

The animal is, in fact, a Labrador named Bowie who is the surprising best friend to the resident cheetah Nandi. The two animals have grown up together since they were weeks old and have become inseparable.

The pair often attends events together to educate the public on big cat conservation. Turtle Back Zoo explained that Nandi has even started to act like Bowie.

Nandi is one of the Zoo’s “ambassador cheetahs” meaning she needs to remain calm in public. Turtle Back Zoo added that Nandi “always has Bowie to turn to in new situations”. 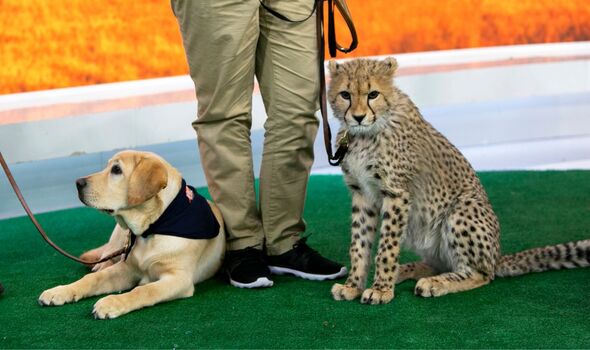 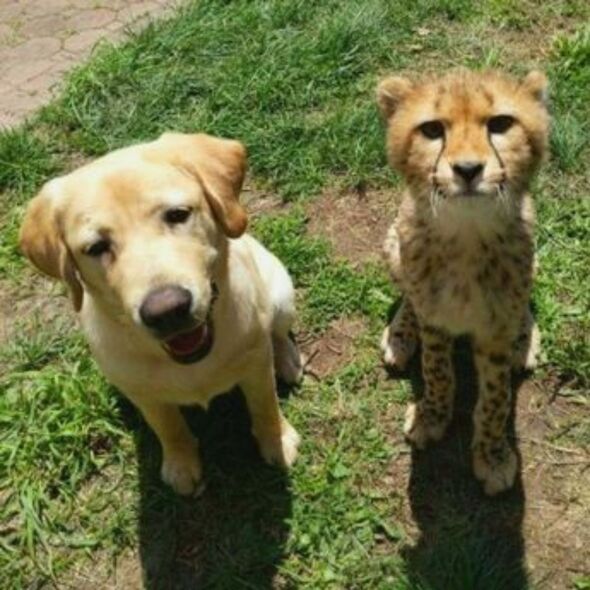 The big cat likes to play with and wrestle her canine friend, and Nandi enjoys playing with tennis balls and ice toys which push around.

Zookeeper Charlotte Trapman-O’Brien told WLNY during an outing: “Bowie has a very important job here, which is to be, kind of, her confidence builder.

“So, cheetah’s are naturally skittish by nature, so one of the things that allows us to bring her out and do educational presentations like this is having Bowie by her side.”

Trainer Samantha Wegman added: “We do need him to be calm. That’s his whole job with the cheetah. So no matter what else is going on, if something startles her, she needs to look to him, and he needs to be calm.” 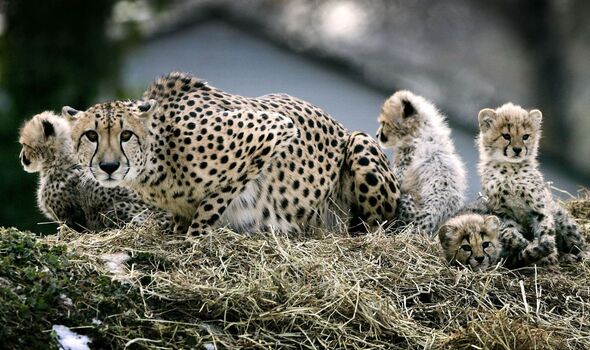 These numbers represent a decline of about 50 percent over the last decade. Much of the decline has been attributed to climate change as well as habitat destruction and even hunting by humans.

Adding to the pressure, cheetahs are not always able to reproduce meaning that -0 with fewer offspring – they will have a tougher time adapting to environmental changes.

More conservation efforts are likely to be needed to preserve the African cheetah for future generations – Nandi and Bowie’s efforts are required now more than ever.