Russia’s emergency situations minister Yevgeny Zinichev has died trying to save the life of another man during exercise drills in the Arctic.

The 55-year-old “tragically died in the line of duty, while saving a person’s life in the course of an interdepartmental exercise” during the “mitigation of emergencies in the Arctic zone,” the ministry said.

Mr Zinichev had been standing beside a camera operator when the man slipped and fell into the water, according to Russian state broadcaster RT’s editor-in-chief. 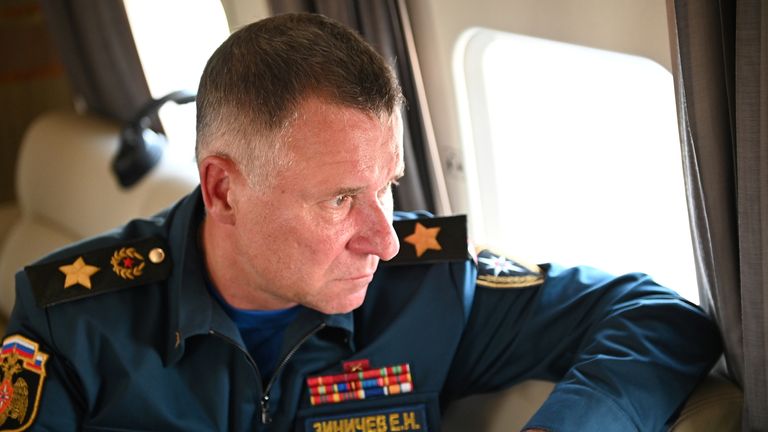 Margarita Simonyan wrote on Telegram: “There were a fair number of witnesses – no one even had time to think about what had happened when Zinichev threw himself into the water after the fallen person and crashed into a protruding rock.”

The emergencies ministry identified him as film director Alexander Melnik, who had been in Norilsk to identify filming locations for a new documentary on the development of the Arctic and the Northern Sea Route.

He had been cooperating with the emergencies ministry for many years, the department said.

President Vladimir Putin has offered his condolences to Mr Zinichev’s family and friends.

Mr Zinichev had served in the Soviet KGB and was a member of the presidential bodyguard between 2006 and 2015.

He worked as deputy director of Russia’s domestic intelligence service, the FSB, before taking on the role of head of the emergency situations ministry in 2018. He was overseeing the first large-scale inter-agency drills of their kind in the Russian Arctic, involving 6,000 specialists engaged in emergency response and research and development exercises.

In a statement, Russia’s Prime Minister Mikhail Mishustin called Mr Zinichev a “competent and principled leader” who had “manifested heroism more than once at the most difficult and dangerous moments … in the years of his work in the state security bodies and as head of one of the key federal ministries”.