On December 7, 1941, the Imperial Japanese Navy Air Service launched a surprise, preempted attack on the US at their naval base in Pearl Harbour, in what would become one of the most decisive moments of World War 2. That morning, the base was attacked by 353 Imperial Japanese aircraft in two waves, damaging all eight US Navy battleships, 188 US aircraft and killing 2,403 Americans, in what would spark a declaration of war from the US and the country’s official entry into the global conflict. But, a discovery made almost three-quarters of a century later in the Pacific Ocean, reveals the USS Ward – a Wickes-class destroyer – actually fired a shot an hour before the devastating clash, sinking a Japanese mini-submarine encroaching the base.

The breakthrough was made as part of National Geographic’s “Drain the Ocean” series, which used state-of-the-art technology to map the seabed near Pearl Harbour.

The narrator said in 2016: “Over an hour before Japan’s surprise attack, an American destroyer claims it fired on a Japanese submarine and sank it.

“If true, then the United States, not Japan, fired first in the Pacific War.

“The submarine vanishes and no general alarm is raised, leading the authorities to think the crew of the USS Ward must be mistaken and the men cannot prove they hit anything. 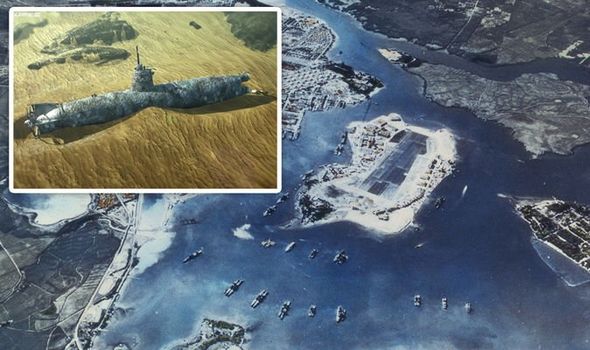 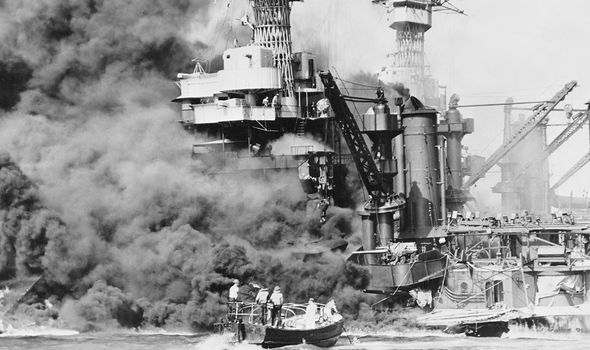 “But did the Ward sink an enemy submarine over an hour before the shock attack?

“The only way to be sure is to find that sub.”

The documentary went on to reveal how Terry Kerby, a submarine pilot, had spent more than a decade trying to locate the Japanese sub.

It added: “In the Nineties, submersible pilot Terry Kerby set out to find the submarine.

“For his team, from the Hawaii Undersea Research Lab, the mission turned into a marathon, luckily their high-tech craft can dive deep. 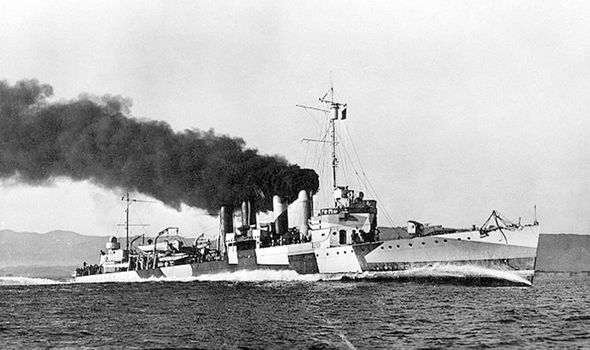 “The hunt for a Japanese sub, supposedly sunk over an hour before the air attack on Pearl Harbour, proved harder than expected.

“Terry had no accurate position data from 1941, but war records confirm two manned Japanese minis were secretly trying to sneak into Pearl Harbor.

“Months turned into years, but eventually evidence looms into sight.”

The documentary went on to show footage of Mr Kerby finding the  I-400 submarine in December 2013. 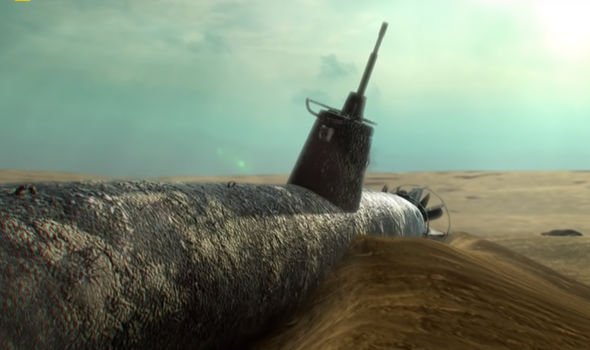 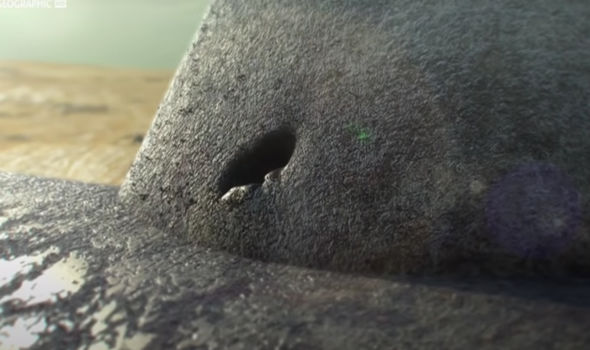 “We launched at eight in the morning and were back on deck by 5pm.

“That was an exciting day, after 10 years, finally coming across it laying in perfect condition.

“It just connects you with that history.”

But, Mr Kerby was not able to get a great look at the submarine, due to the disturbed water, so experts working with National Geographic used SONAR data to map out exactly how it looked on the seabed.

The narrator added: “Silt on the seafloor is easily disturbed, only glimpses of the sub are seen.

“If we could drain the sea outside Pearl Harbour, could we see the submarine in precise detail and cast light on evidence confirming the Ward’s claim?

“Now, combining the very latest visual video and sonar data, we can pull the plug on the Pacific Ocean and view Terry’s find from any angle and examine it in unexpected detail.

“After decades on the bottom, the Japanese sub is amazingly intact, and, on its right side, there’s a four-inch hole, exactly where the American destroyer Ward reported hitting.

“This remarkable discovery settles the argument, the US Navy did engage a hostile sub off Pearl Harbour over an hour before the first bombs fell.”