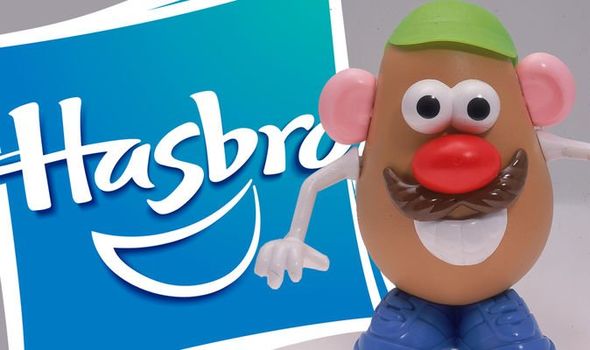 The toy will become known as ‘Potato Head’, losing the ‘Mr’ from its name.

Similarly the boxes it’s sold in will be called ‘Potato Head’ rather than ‘Mr Potato Head’.

Mr Potato Head, first sold in 1952, is a potato shaped toy which mimics the human face.

Users can change its features including the ears, eyes and mouth.

TalkRADIO’s Mark Dolan hit out at the move commenting: “The legendary toy Mr Potato Head, a toy that has brought joy to millions of little boys and little girls, that you put the different features on – give him fuzzy eyebrows and a different smile, well he is the latest victim of cancel culture.

“Of woke political correctness gone mad. It is a shocking story, it is a disgrace.

“He’s a potato! Please leave well alone. Welcome to the crazy world of 2021.”

A number of classic children’s toys have been updated due to changing societal norms over the past few years.

Barbie is now available in a range of body shapes and skin tones whilst the Thomas the Tank Engine series has added more female characters.

American Girl, a celebrated line of dolls released in 1986, has released its first male toy.

This view was shared by Alex from Widnes who commented: “The insanity continues.”

Michael from Bristol added: “Where is this s**t going to end?”

Another Twitter user suggested consumers could boycott the new toy.

They commented: “Don’t buy it.

“Buy vintage, there are plenty to go around.”

The move sparked an immediate political row in America with one right-wing commentator suggesting Republican states should leave the United States.

This was mocked by other Twitter users with Slade’s Mark Joseph Stern commenting: “Gender neutral Potato Head is going to be conservatives Ft. Sumter.”

An attack on Fort Sumter in April 1861 by confederate forces began the American civil war.

Responding to the news conservative commentator Ben Shapiro joked: “Now any child, of any gender, can look at a Potato Head and dream of growing up to be a plastic spheroid with interchangeable parts.”