European countries accuse Beijing of sending faulty medical equipment, but are there political issues at play? 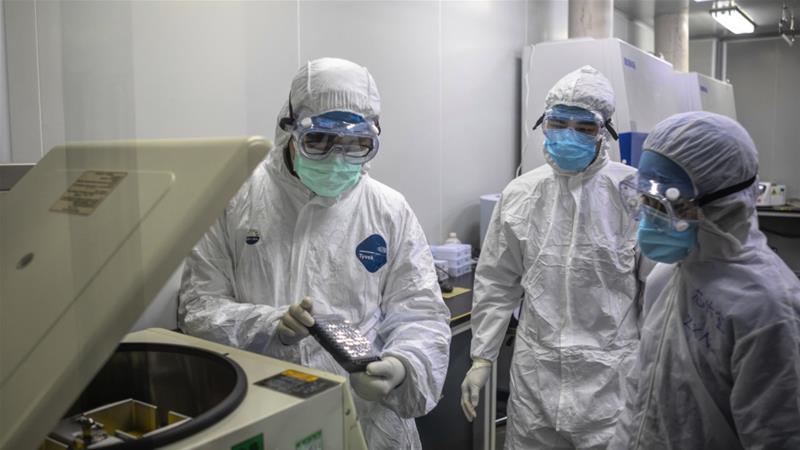 In recent weeks, China has provided research and supplied medical equipment to several countries struggling with the coronavirus pandemic.

His statement came amid heightened scrutiny of Chinese medical equipment from European countries such as the Netherlands, Slovakia and Spain.

One of the most affected countries, Spain withdrew 58,000 coronavirus testing kits purchased from a Chinese company on March 27, after it was revealed they had a mere 30-percent detection rate.

The Chinese embassy in Spain said the Shenzhen Bioeasy Biotechnology group, which supplied the kits, did not possess any official license from medical authorities in China to sell its products.

The Netherlands recently recalled tens of thousands of masks it said did not close over the face properly or had defective filters.

At a press conference on Sunday, Jiang Fan, an official with the Ministry of Commerce, said it was important to realise that China has different “standards and usage habits to other countries”, AFP reported, warning if the equipment was used improperly, this could sow doubt over the quality of products.

Slovak Prime Minister Igor Matovic last month claimed that more than a million tests his country received from China should “just be thrown straight into the Danube [river]”.

Chinese foreign ministry spokesperson Hua Chunying responded by saying problems should be “properly solved based on facts, not political interpretations”, according to Bloomberg.

“In fact, when we first began fighting COVID-19 at home, some of the assistance China received was defective, but we chose to believe and respect the kind intentions of these countries.”

When the coronavirus infection spread in Wuhan, the capital of China’s Hubei province, over a dozen countries including Turkey and France, sent humanitarian and medical aid.

According to Shirley Ze Yu, a political economist and Asia fellow at the Ash Center in Harvard Kennedy School, China should be more receptive, and less defensive, to criticism.

She said instead of “refuting” allegations of European nations, China should “investigate domestic medical device manufacturers, and eradicate substandard or un-licenced production capacity within the country”.

China has built itself into the “world’s factory” over the past three decades, she added, saying it would be challenging for any other country to match its manufacturing efficiency.

“China should use the occasion to clean out any speculative business activity that not only puts human lives, but China’s global manufacturing reputation at stake.

“At the end of the global pandemic, not only world leaders, but all people all around the world will form a very personal opinion about China.

“China needs to understand that leadership is … not about just helping ‘friends’ and allies, but all under suffering.”

Janka Oertel, director of the Asia Programme at the European Council on Foreign Relations, told Al Jazeera: “This crisis will be a defining moment for the future of EU-China relations – for good or bad remains to be seen.”

‘We need to defend Europe against detractors’

A number of high-profile figures have alleged China is not acting out of humanitarian spirit but to implement a geopolitical vision.

Spain and the Czech Republic returned Chinese testing kits as EU Minister of Foreign Affairs Josep Borrell said China was aggressively pushing the idea that unlike the US, it was a “responsible and reliable partner”.

“We must be aware there is a geopolitical component, including a struggle for influence through spinning and the ‘politics of generosity’,” Borrell said. “Armed with facts, we need to defend Europe against its detractors.”

According to Oertel, Borrell’s view was a “pragmatic assessment”.

“Europe needs to show a much greater degree of internal solidarity,” she said, “but it also needs to be much clearer about how much support it is actually already giving and coordinating.”

But Hasaan Khawar, a public and economic policy analyst based in Islamabad, said China has established itself as an “emerging world leader, and the West isn’t entirely sure on how to respond to this new reality”.

“I do feel [Borrell’s] comments on this issue are presumptuous and unfair,” he told Al Jazeera. “More importantly, these comments did not reflect the views of [all] member countries, as the countries that have been helped by China have been immensely appreciative.”

Italy, for example, has welcomed support from China and Cuba, unusual allies in a time of crisis, while EU members such as Germany refused to send equipment they may need for their own citizens.

Foreign Minister Luigi Di Maio praised China for sending medical equipment and doctors, while Italian politicians and diplomats expressed dismay at the lack of solidarity demonstrated by their closest neighbours.

Maurizio Massari, Italy’s EU ambassador, wrote on March 10 that while Italy had asked to activate the EU Mechanism of Civil Protection for the supply of medical equipment, “not a single EU country responded to the Commission’s call”.

“Only China responded bilaterally. Certainly, this is not a good sign of European solidarity,” he added.

Al Jazeera’s Usaid Siddiqui contributed to this report from Doha.