The sunshine Brits savoured in early June appears to have passed away from the country, leaving a chill in its wake. Brits had their first taste of summer earlier this month when a flare of heat licked at the southeast. Temperatures briefly brushed 30C but have since collapsed, leaving many people questioning when their much-coveted weather could return.

When will the hot weather return?

Hot weather came as both a blessing and a curse for people living in the UK this month.

The country exited May in a cloudy funk, and while sunshine helped boost people’s moods, it also flipped temperatures from too cold to too hot.

People missing the brief taste of summer won’t have to wait much longer. 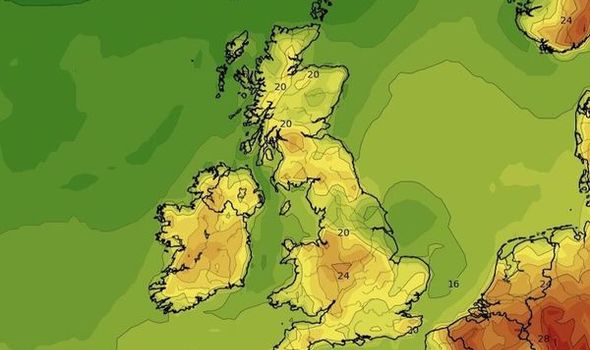 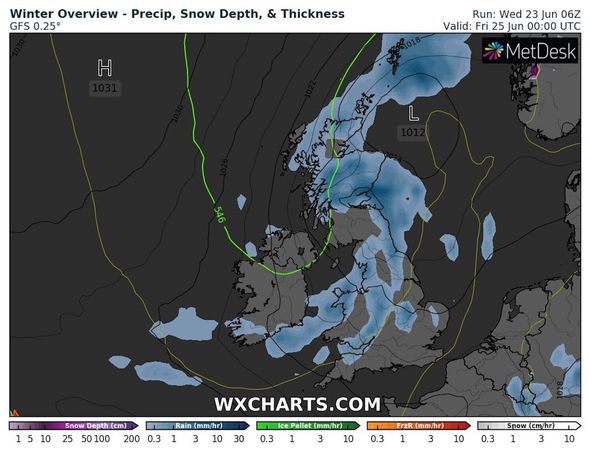 In its latest forecast, the Met Office predicted some “home and dry” weather to come.

But people will have to remain patient, as it isn’t likely to emerge until next week.

From the coming Monday – June 28 – the organisation said outbreaks of “rain and showers” would continue.

And people may have to brace for “potentially heavy and thundery” activity in the south. 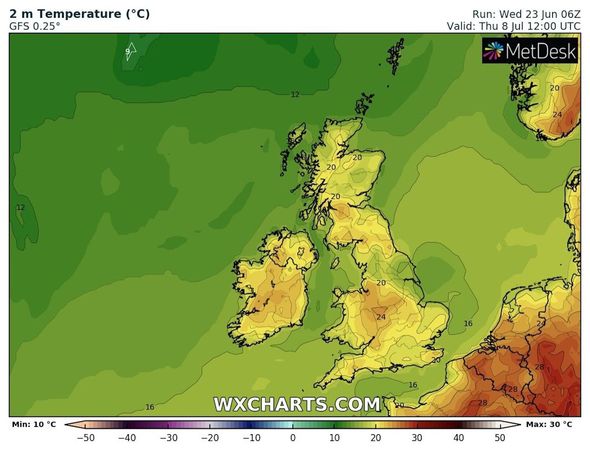 Other parts of the country have a taste of what’s to come with dry conditions and “sunny spells”.

These areas will also see higher temperatures but remain “locally suppressed” in those areas with rain or showers.

While the Met Office states confidence is “lower” later on, people can expect a “lot of fine and dry weather”.

The south finally gets a chance for sunshine while rain moves towards the northwest. 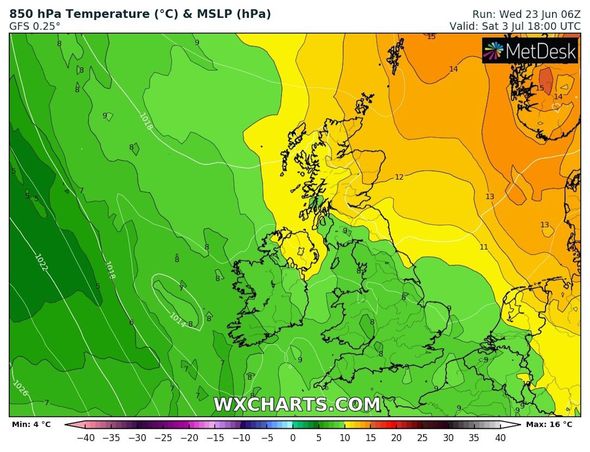 Some chances of rain and showers remain towards July, however.

The forecast concludes: “Temperatures will most likely be above normal, with the potential for some very warm or hot days in the south.

Later on, there is even less confidence, but the Met Office has suggested “settled” conditions will persist.

The forecast from July 8 to July 22 states the northwest may see “brief” spells of rain and cloud.

There also exists a chance for this to turn into heavy rain and thunderstorms in the south.

But they added people could also continue to bathe in “well signalled” above-average temperatures.

And people could take advantage of “very warm or hot” days around the same time.