Exact date of Laylat al-Qadr is disputed, but it is believed to have occurred on one of the last 10 days of Ramadan. 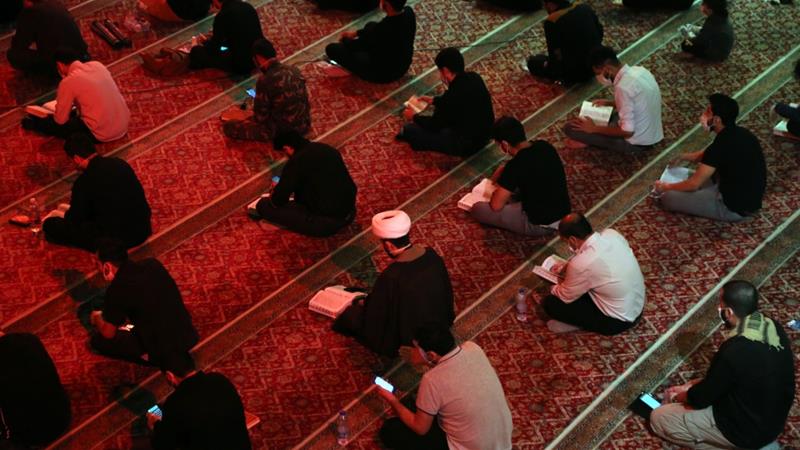 Laylat al-Qadr, or the night of power, is considered by Muslims to be the holiest night of Ramadan, the Islamic holy month of fasting.

The exact date of Laylat al-Qadr is disputed, but it is believed to have occurred on one of the last 10 days of the month.

Many Muslims believe it is either the night of the 27th day of Ramadan, or one of the odd-numbered nights during the final 10 days of the month.

Since no one knows exactly which night marks Laylat al-Qadr, most Muslims observe all of the last 10 evenings of Ramadan by attending prayers and reciting the Quran.

The night commemorates when the Quran was first revealed to the Prophet Muhammad. According to Islamic tradition, the prophet used to retreat for a month every year to the cave of Hira, which was located in a mountain outside of the city of Mecca.

It is believed that Angel Gabriel visited the prophet at the cave one night and inspired him to recite the first verses of the Quran to be revealed to him.

After that night, the prophet is believed to have continued to receive revelations of the Quran over a 23-year period.

Every year, this night witnesses hundreds of thousands of Muslims headed towards mosques to attend congregational prayers.

For several years, the Israeli military has allowed Palestinian women over 30 years old and men over 50 years old to enter Jerusalem from the occupied West Bank to observe the prayers.

In the Muslim holy cities of Mecca and Medina, hundreds of thousands of people from around the world attend the congregational prayers at the Grand Mosque of Mecca and the Prophet’s Mosque in Medina – the two holiest sites for Muslims.

But this year, most mosques around the world have been shut for several months after governments imposed lockdowns, curfews and other coronavirus-related restrictions to curb the spread of the deadly pandemic. The virus has killed more than 310,000 people and infected 4.6 million others.

Like Friday sermons and the five daily prayers that have been banned for weeks, congregational prayers on Laylat al-Qadr will also be barred. Most people are expected to observe the night from their homes.

But in Iran, where prayer gatherings resumed last week in as many as 180 cities and towns seen as being at low risk of the contagion, Laylat al-Qadr was observed by many Iranians on Sunday night by attending prayers at mosques and reciting the Quran.