Doctors say Kashmir, which has been under a security lockdown since August, is ‘ill-equipped’ to deal with the pandemic. 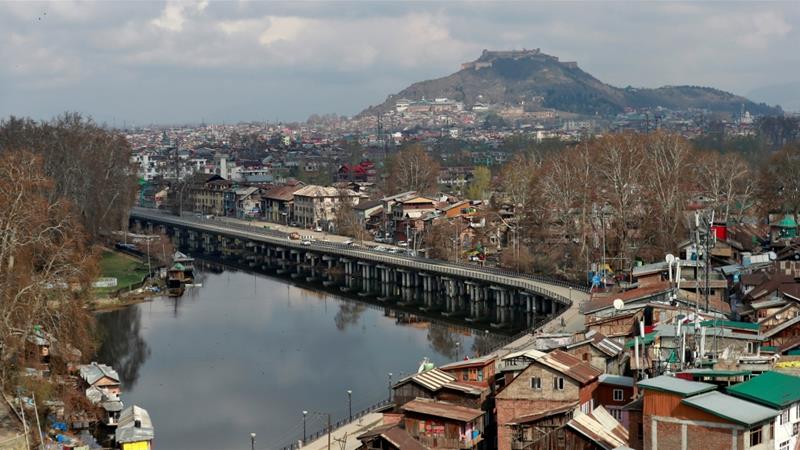 Hospitals in the disputed Himalayan region have an acute shortage of doctors and paramedics, while its healthcare facilities are insufficient to meet the crisis which has unsettled countries with world-class medical infrastructure.

Given the situation, residents of the valley fear the potentially disastrous consequences of the coronavirus pandemic after the first case of infection was reported on Thursday.

Apprehensions abound that this may be just the “tip of the iceberg” as several hundred people, most of whom had travelled to other countries, were placed under quarantine.

In nearby Ladakh, which until August was part of Kashmir before it was separated and turned into a federally-administered territory, 13 cases tested positive, most of whom had travelled to Iran.

The Muslim-majority region has been under a strict security and communication lockdown since August 5 when New Delhi stripped the disputed Himalayan region’s of its special status. The internet was restored earlier this month, but it remains slow as 4G services are still not allowed. 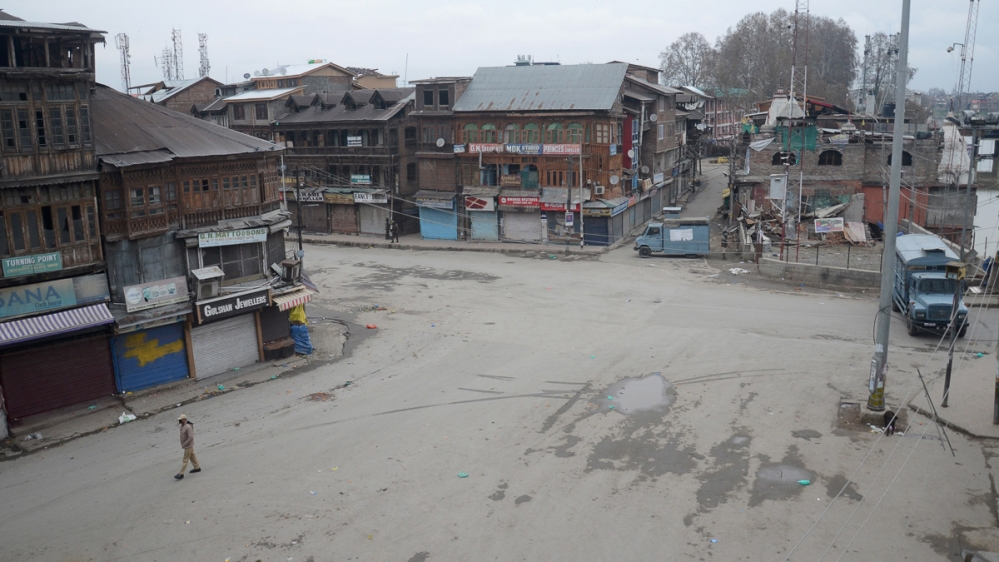 Srinagar, Indian-administered Kashmir’s main city and home to a million people, turned into a ghost town this week as markets were shut, public transport banned and entry of travellers restricted.

“We aren’t testing proactively and enough,” Junaid Mattu, mayor of Srinagar, said. “We aren’t preparing for the worst.”

The valley’s administration, which now reports to New Delhi, has taken a series of measures aimed at containing the spread of the virus, including a lockdown that has grown in recent days.

Schools, colleges and universities, which reopened last month after seven months of an earlier lockdown, have been shut again as people stock up on essential supplies in preparation for another lengthy period of isolation.

The fear over the pandemic is compounded by a feeling among Kashmiris that the administration is not being transparent with them.

“Trust me, if I share a summary of daily events, no one in Kashmir will sleep,” Shahid Chaudhary, head of the civil administration in Srinagar, wrote on Twitter.

“Let’s keep our egos aside, work collectively and instead of raising panic and alarm help each other to improve. This (is) 3rd World War. Nothing less.”

The real crisis, however, may well lie in Kashmir’s hospitals, which remain understaffed and ill-equipped to fight the outbreak.

A veteran doctor, the former principal of Government Medical College (GMC) in Srinagar who is acquainted with the region’s healthcare facilities, warned that a major disaster could occur. The college has seven major hospitals associated with it.

“We need lockdown for one month,” he told Al Jazeera on condition of anonymity. “If it [coronavirus pandemic] happens here, we will be devastated. We will die like cattle.”

The doctor said Kashmir’s healthcare system is “ill-equipped to deal with even normal things in normal times”.

“It will crush us and devastate us, unless the community intervenes,” he said.

Samia Rashid, current GMC principal, said the outpatient department and all elective surgeries have been suspended in the associate hospitals.

“Only emergencies will be examined and cancer surgeries performed. Patients who do not require immediate treatment are requested to not visit hospitals,” she urged.

N95 respirator masks and surgical masks (face masks) are used by doctors and other health workers to protect them from infections while treating COVID-19 patients.

Rashid said that while there were enough ventilators “to contain the situation right now”, there was a shortage of manpower. “Our manpower to run them all is not sufficient.”

An official audit of healthcare facilities conducted in 2018 found that the existing manpower was “barely sufficient to run the health institutions in view of sustained increase of patient flow across the state”.

“[Kashmir] is severely short of nursing staff. Against a requirement of 3,193 nurses … there are only 1,290 sanctioned posts of staff nurses in the [former] Jammu and Kashmir state with a deficit of 1,903 posts which need to be created,” the audit found.

The audit noted that the doctor to patient ratio in the Kashmir region is one of the lowest in India. “Compared to the doctor-patient ratio of 1:2,000 in India, Jammu and Kashmir has one allopathic doctor for 3,866 people against the WHO norm of one doctor for 1,000 population,” it said. 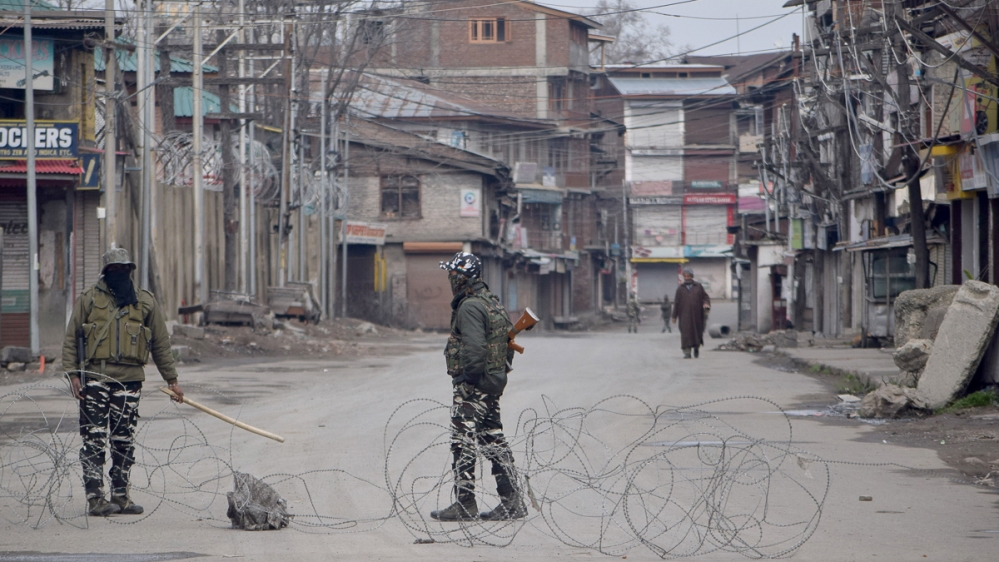 “We do not have the required protective equipment. We just wear a surgical mask, normal gloves and surgical gown and a cap. We cannot tell a patient to maintain distance,” he said.

“It is the first place where people come with symptoms and their first contact with a doctor”.

Ahmad said doctors like him are at risk of being exposed to coronavirus infection and “do not want to be the carrier of the virus”.

“If we get infected, the whole hospital staff would have to be quarantined. We need proper equipment so that the health system keeps going,” he told Al Jazeera.

The Resident Doctors Association at the hospital, in a statement, this week said “every patient visiting the hospital should be viewed as a potential COVID-19 case” and rued the dearth of protective infrastructure and sanitisers at the hospital.

“Welfare of public depends on doctors, and if doctors themselves are sick, how can they provide healthcare to general public.”

At the region’s two major hospitals, which see thousands of patients daily from across Kashmir, two doctors have been put in quarantine after they developed symptoms of COVID-19. 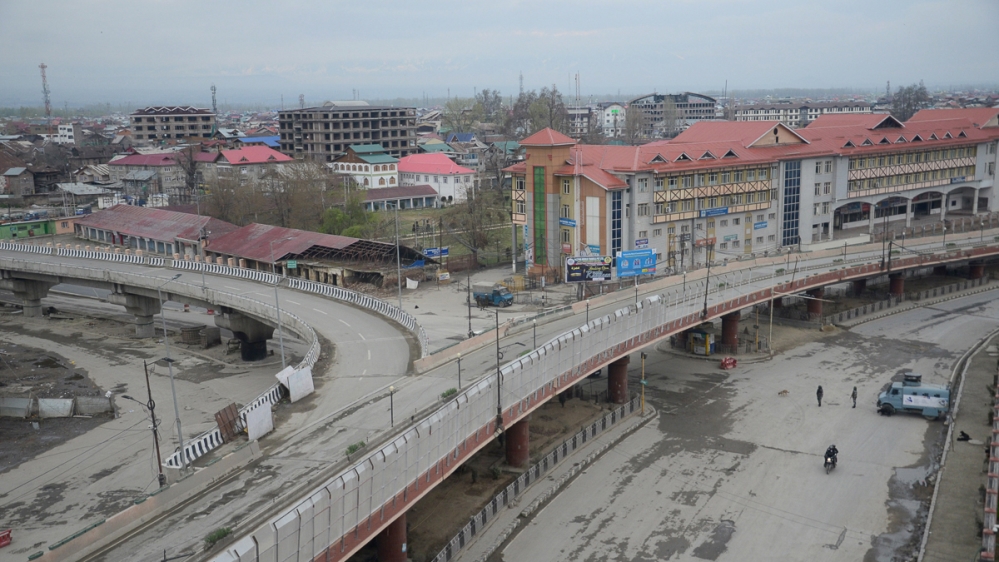 Amid the alarming threat of the spread of COVID-19, Kashmir also faces a crippling blockade of high-speed internet which has effectively hampered an effective awareness campaign among the people as well as among doctors.

High-speed internet services in the region have been blocked since August to prevent protests against the abrogation of the region’s autonomy.

Iqbal Saleem, a professor of surgery at GMC, said he could not download a COVID-19 manual for doctors.

“This is so frustrating. Trying to download the guidelines for intensive care management as proposed by doctors in England. 24 Mbs and one hour. Still not able to do so,” he said on Twitter referring to using the low-speed mobile internet that is the only thing available in the region.

Another doctor working at a hospital in north Kashmir said the low-speed internet was handicapping them when it came to getting updated information from around the globe. “We don’t know anything, and we are not able to download research papers etc, it’s very hard,” he said.

The ban of high-speed internet has also made it impossible for many in Kashmir to work from home, one of the important precautionary measures taken in many countries to contain the spread of the disease.

“We don’t have the option to work from home as there is not enough mobile internet speed to connect our laptops,” Arshad, an IT employee, said.

Amnesty International has condemned the continuous suspension of high-speed internet in the region and asked the Indian authorities to fully restore it.

Kumar said restricting the internet speed makes it difficult for people to “navigate their way through a difficult time further undermining their trust in the authorities”.

“The Government of India needs to adopt a rights-respecting approach to protect public health and restore access to 4G speed internet.”

When asked about the restoration of high-speed internet, Jammu and Kashmir government spokesperson Rohit Kansal’s response was: “Whenever there is some information, we will update you.”

Amid the growing concerns, more than 170 academics from around the world have written a letter to the World Health Organization and UN special rapporteurs about the restoration of high-speed internet in Kashmir.

“Despite the region reporting multiple positive cases of COVID-19, the Indian government has, criminally, barred residents from accessing reliable, high-speed internet. Only recently, through an administrative diktat, the Indian authorities extended the ban on high-speed internet until 26th of March,” the letter said.