Volcanic activity is on the rise in some parts of the world. Indonesia’s Krakatoa, also known as Krakatau, has recently erupted, with residents reporting they could hear the eruption from miles around.

Center for Volcanology and Geological Disaster Mitigation (PVMB) recorded two eruptions at the site, once at 9.58pm and another at 10.35pm on Friday, April 10, West Indonesia Time.

Due to the coronavirus outbreak, many residents in the region had stopped activity, which meant the volcano’s rumble was heard very clearly in West Java and Indonesia’s capital of Jakarta.

Satellite images picked up a large magmatic eruption of ash and plume propelled into the sky. 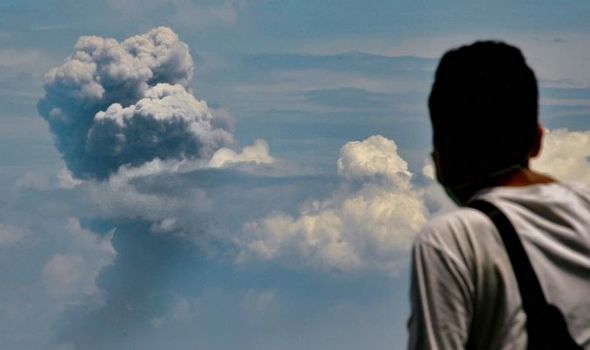 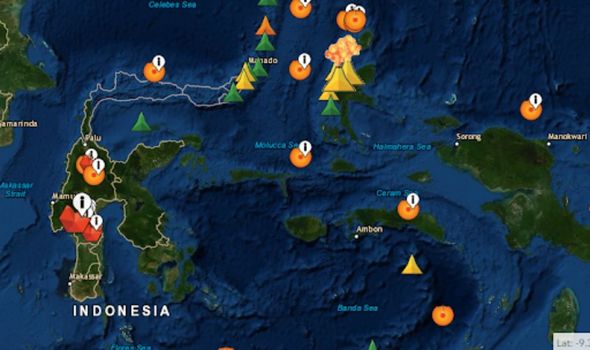 The volcano experienced its last large eruption in 2018, sparking a tsunami and killing 437 people according to official figures.

While the eruption occurred in December 2018, the volcano had been experiencing a stuttering eruption for six months previously, starting in June.

The 1883 Krakatoa eruption had one of the highest death tolls of any volcanic eruption, killing more than 36,000 people.

Elsewhere in the world, there are concerns volcanic activity in Iceland is beginning to ramp-up. 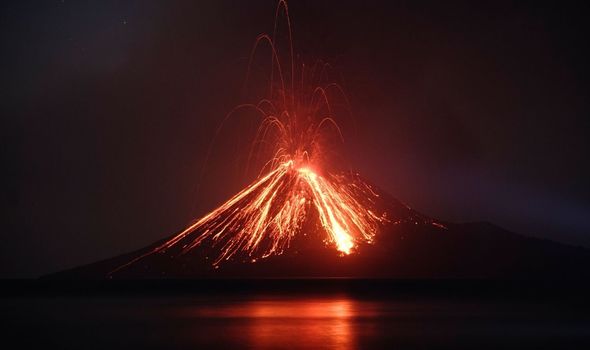 According to the Iceland Meteorological Office, Iceland has seen more than 8,000 earthquakes since January 21, 2020.

Dave McGarvie, a volcanologist at Lancaster University, told the Guardian: “It seems that after being relatively inactive for many centuries, this region is waking up.”

Iceland saw its last period of volcanic activity on the peninsula in the 10th Century, and continued for some 300 years.

As a result, scientists fear if volcanic activity is renewed in the region, it could stretch on for decades.

A volcanic event of this scale could have a devastating impact on the lives of people living in the area.

Kristín Jónsdóttir from the Icelandic Meteorological Office told the Guardian: “The worst-case scenario is if lava flows towards the town of Grindavík.

“There is also other important infrastructure in the vicinity including a geothermal power plant. 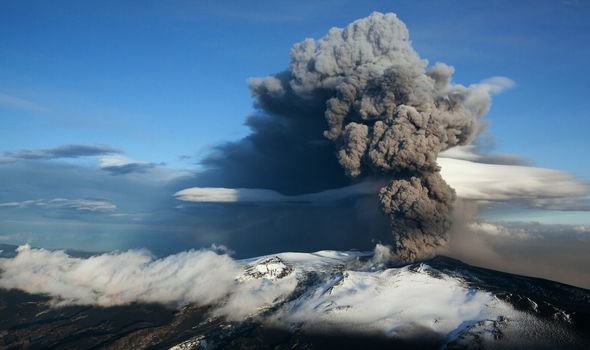 “Hot and cold water supply may be at risk, along with roads, including the road between Reykjavík and Keflavík airport.”

Iceland is no stranger to volcanic activity, but one event in its history sticks out for its global impact.

Eyjafjallajökull’s eruption famously brought flight paths across the world to a standstill in 2010.

Giant ash clouds grounded flights across Europe, with thousands of flights cancelled as a result.