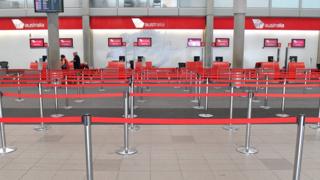 Virgin Australia has confirmed it has entered voluntary administration – making it Australia’s first big corporate casualty of the coronavirus pandemic.

The airline is now seeking new buyers and investors, after failing to get a loan from Australia’s government.

Virgin Australia chief executive Paul Scurrah said: “Our decision today is about securing the future of the Virgin Australia Group and emerging on the other side of the Covid-19 crisis.

“Australia needs a second airline and we are determined to keep flying.”

Meanwhile, Sir Richard Branson – whose Virgin group is a part-owner of Virgin Australia – has offered a Caribbean island as collateral to help get a UK government bailout of Virgin Atlantic.

Shares had been suspended in the firm for the past fortnight as it struggled to find a survival plan.

Canberra refused a request from the company for a A$1.4bn loan, but in the past month had announced around A$900m in support for all local airlines.

Virgin Australia has turned just two statutory profits in the past decade.

It is part-owned by a number of entities including the UAE government, Singapore Airlines, China’s HNA, and Sir Richard Branson’s Group.

It employs about 10,000 people directly and another 6,000 through ancillary businesses. 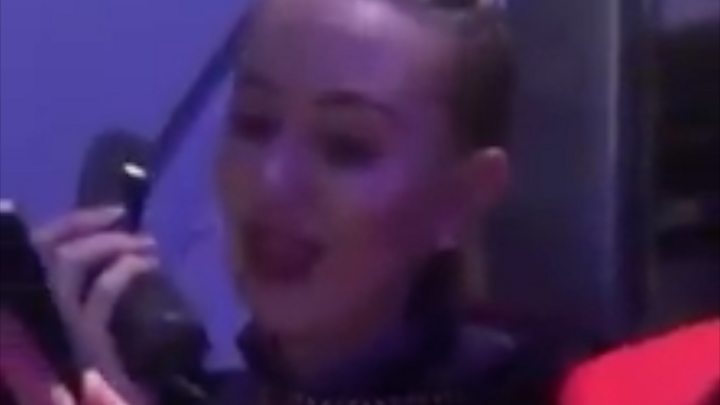 Consulting firm Deloitte announced it had appointed as administrator on Monday. It will try and restructure the firm’s debt, pay off creditors and find a buyer – with private equity groups expected to be interested.

Consumer groups and local politicians have voiced concerns that unless the airline is resurrected, national flag carrier Qantas will hold a near-monopoly in Australia.

Air travel is crucial in the vast continent where distances between coastal capital cities make flights the only practical way to travel quickly domestically.

Virgin Australia had previously held around 31% of domestic flights, while Qantas controlled around 58% of the market.

The long-term loss of the airline will also be seen as a major blow to Australia’s tourism industry – a big GDP driver.

Before the shutdown, Virgin Australia had flown about 130 aircraft to 41 destinations – mainly domestic routes, but also international services including to New Zealand, Bali, Fiji, Tokyo and Los Angeles.