Venezuelans, many of whom have lost their informal work, face especially ‘dark times’ under quarantine. 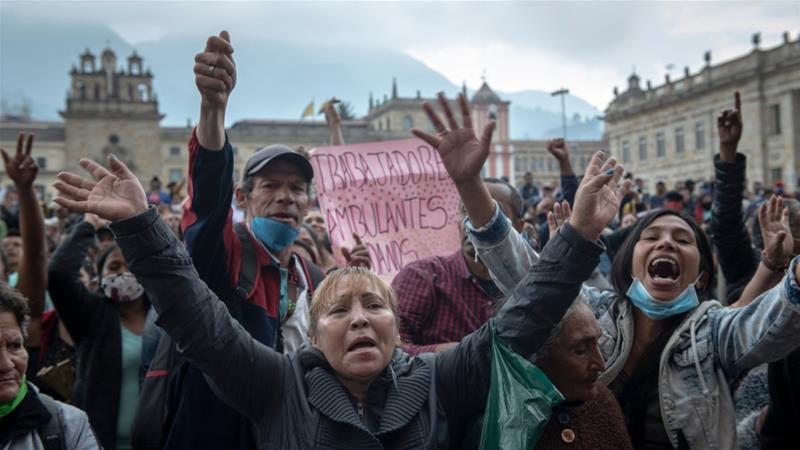 Bogota, Colombia – Breyan Romero was forced to leave the hostel he was renting in downtown Bogota, unable to pay his daily rent of $3.

The 24-year-old, who uses a walker due to his paralysed legs, arrived two years ago from Zulia State, Venezuela, in search of a better life. He sold biscuits on the streets, and while the days were hard, he was able to make enough to pay his rent and put food on the table.

But recent days have been tough for Romero and many others in Colombia, with a nationwide 19-day quarantine in place to help stop the spread of COVID-19. The streets are deserted and informal workers are forced to stay indoors like everyone else.

“The landlady kept my phone because I wasn’t able to pay my last rent,” said Romero, from outside the block of apartments where he has had to move in with his cousins, who say their last food supplies are running out. 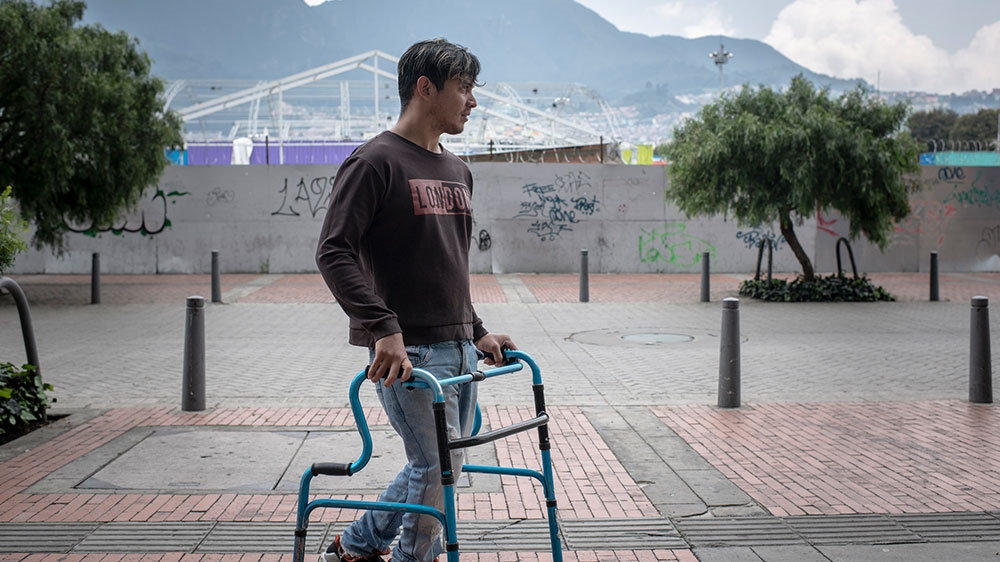 Jozef Merkx, head of the United Nations High Commissioner for Refugees (UNHCR) office in Colombia, told Al Jazeera the UNHCR does not have exact numbers on informal Venezuelan workers, but “what we do know is that almost 60 percent of the 1.77 million Venezuelans in Colombia have no regular status”. A study released by Bogota’s Externado University in February found that only 25 percent of Venezuelans have a work contract.

She lives in the same apartment block as Romero, with her husband and two children, and worries it will be a while before she can sell again. Her family has had less food over recent days as their supplies run low, with no money to buy more.

“It’s really hard because what we earn on a daily basis is what we live off –  it’s becoming impossible,” Solana said, wearing a face mask she crafted herself from elastic bands and material. She could not justify spending the 2,000 Colombian pesos ($0.50) on a mask.

Solana – like many other Venezuelans Al Jazeera spoke to – also highlighted the rising prices of food during the quarantine period, which make things even more precarious for her penniless household. 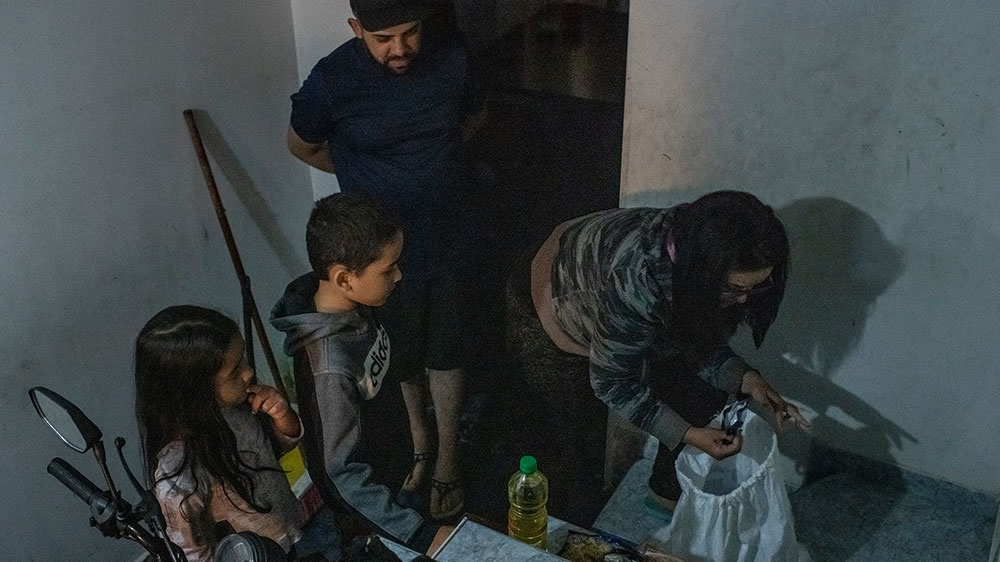 Informal workers in Colombia are hardest hit by the quarantine overall. But Venezuelans are in a worse state, says Gimena Sanchez, the leading Colombia human rights advocate at the Washington Office on Latin America think-tank.

“They have no family or in-country networks to help them through this difficult time. They must survive in the informal sector selling what they can in the streets and there are no buyers. This will push many of them into illicit activities,” she told Al Jazeera.

Last week, street vendors, delivery people and sex workers, among other informal workers, broke quarantine and gathered in front of mayors’ offices in various Colombia cities to demand help. Local media reported that the vast majority were Venezuelan and there were some confrontations with police. In Bogota, protesters shouted “we’re hungry”.

On the same day, the Colombian government  announced it would provide support for three million Colombian families who are in the “informal economy” during the period of quarantine. There was no specific mention of help for Venezuelans.

The Colombian government did not respond to Al Jazeera’s request for comment by the time of publication.

Bogota Mayor Claudia Lopez has said the quarantine period will likely be extended, adding to the worries of informal workers.

“We know the quarantine is necessary, but the problem is if we can’t work, we don’t have money for food – so we need the government to help us,” said 30-year-old Grecia Vargas in the cramped apartment she shares with her two small children and husband, Kristian, in a working-class Bogota neighbourhood.

Vargas is from Caracas, where she worked in a bank. Her husband was a police officer. 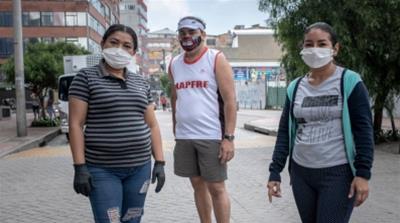 Milsen Solana with her husband, Oswaldo Naranjo and her aunt Maria Mendez pose in an empty street of Bogota [Nadege Mazars/Al Jazeera]

Before the quarantine began in Bogota, they both worked as motorbike delivery drivers. They came to Colombia two years ago in search of better opportunities and to try to send money back home to their families.

“The last time I spoke to the landlady she said she’ll need to be paid no matter what, because she lives off that money herself. I understand that,” Grecia said, referring to her $125 rent that was due at the end of March.

“I worry she’s going to make us move out, with the children and everything,” she said last month.

The coronavirus measures are also affecting Colombia’s soup kitchens and shelters, which Venezuelans once relied on for meals and refuge.

“It’s really dark times that Venezuelans are facing inside Colombia. The soup kitchens have closed down, so Venezuelans are going without food,” said Marianne Menjivar, the Colombia country director for the International Rescue Committee.

“Typically, Venezuelans go to the streets of Colombia to sell food and seek out a living from informal economic activities,” Menjivar told Al Jazeera.

“But now the streets are empty, since Colombia is in lockdown. If you’re a Venezuelan and you barely made a living on the street, there’s nobody there to buy anything from you anymore. Venezuelan people will go hungry, will not have access to water and no access to handwashing and some will soon be homeless, all of which is risky for the spread of the virus,” Menjivar said.

Human Rights Watch (HRW) said that to effectively address the COVID-19 pandemic in Latin America, it is critical for governments to adopt specific measures that can help people in the informal sector have the means to contribute to preventive measures to spread the virus.

“These measures should include but not be limited to Venezuelans to avoid contributing to rising xenophobia in the region,” said Tamara Taraciuk Broner, Deputy Director of HRW’s Americas division.

For thousands of Venezuelans like Romero, Solana and Vargas, their dreams of a better life in Colombia have come crashing down under coronavirus.

“It’s [coronavirus] an unexpected thing. We came here to have a better life. In Venezuela, we didn’t have food and it was insecure,” Solana said.

“Now we are almost living the same thing here all over again.” 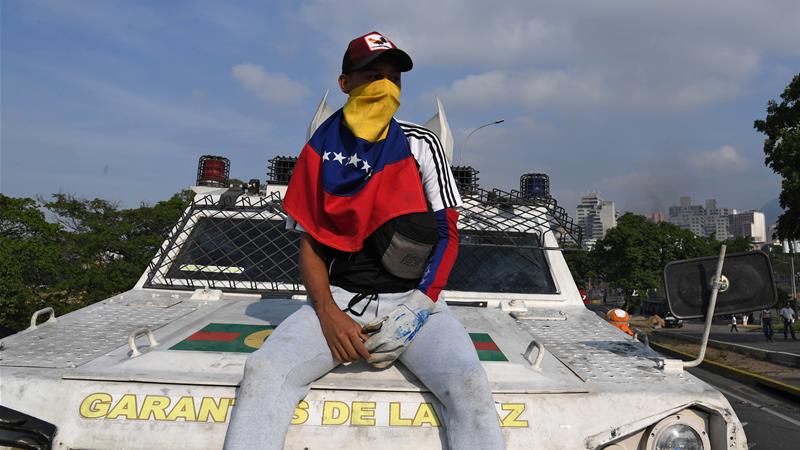 Venezuela in crisis: What can bring stability?