The US Senate Judiciary Committee announced on Monday that it would open a confirmation hearing for President Donald Trump’s Supreme Court nominee, Amy Coney Barrett, on October 12, making clear that an outbreak of COVID-19 will not interfere with the schedule.

Republican Senator Lindsey Graham, the committee’s chairman, announced that the hearing would start at 9am EDT (13:00 GMT) on October 12.

Opening the Senate on Monday, Republican Majority Leader Mitch McConnell said the hearing would be in a hybrid format – with some members connecting remotely – because of the coronavirus.

“We are going ahead with the full, thorough and timely confirmation process that Judge Barrett and the court deserve,” McConnell said.

Two committee members, Republicans Thom Tillis and Mike Lee, tested positive for COVID-19 in recent days. Both were at the White House on September 26 when Trump introduced Barrett as his nominee to replace Supreme Court Justice Ruth Bader Ginsburg, who died last month. 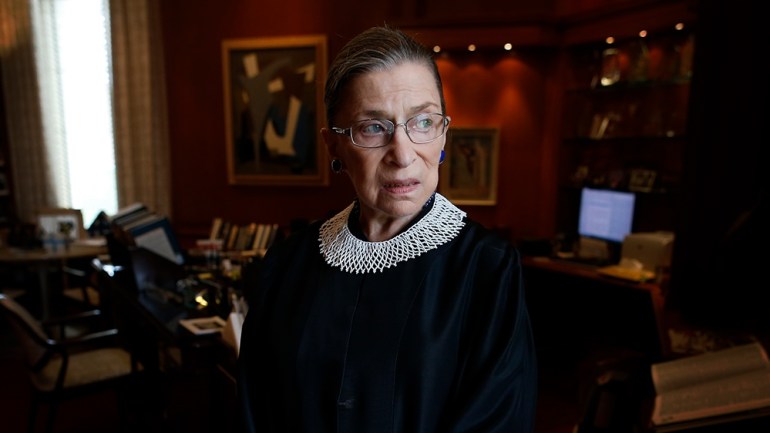 Ginsburg died in September, leaving a vacant seat on the top US court [Charles Dharapak/AP Photo]Other attendees at that event – many of whom did not wear protective face coverings – have also tested positive.

Trump was taken to Walter Reed National Military Medical Center near Washington on Friday hours after he announced he had been diagnosed with COVID-19. He returned to the White House on Monday.

McConnell also said the Senate would adjourn for two weeks.

Despite the objections of Democrats, who want to wait for the results of the November 3 election before the nomination of a new Supreme Court justice, Republicans have been working to confirm Ginsburg’s replacement before voters go to the polls.

After McConnell spoke, Democratic Senator Tim Kaine said the Senate should be debating legislation to help Americans struggling with the coronavirus.

Millions of Americans have lost their jobs and at least 210,000 have died during the pandemic.