As most public firework shows have been cancelled, people plan on lighting their own, causing public safety concerns. 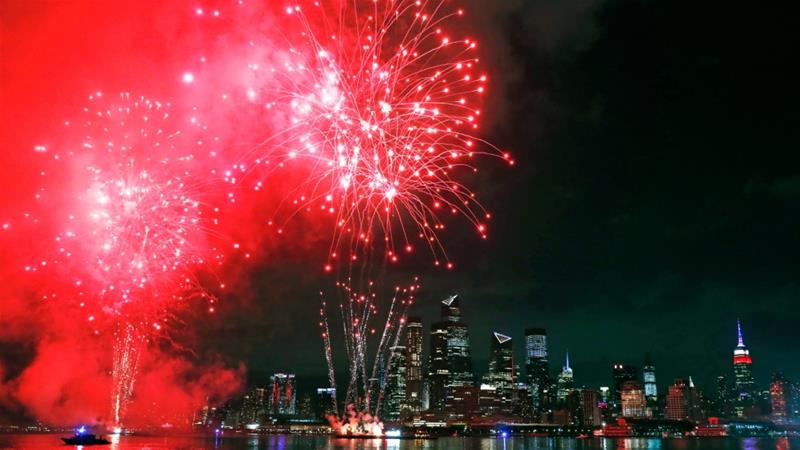 As the United States gears up for the Fourth of July weekend, people across the country are facing concerns over wildfires, pandemics and the meaning behind impromptu firework firings in an unprecedented celebration of the national holiday.

Saturday will be unlike any other Independence Day in recent memory. From Atlanta to San Diego, hundreds of firework shows have been cancelled as officials restrict large gatherings during the coronavirus pandemic, especially as infections surge across the US.

With fewer professional celebrations, many Americans are bound to shoot off fireworks in their back yards and at block parties.

And they already are: Sales have been booming. Some public safety officials say consumer fireworks in more hands means greater danger of injuries and wildfires in parts of the country experiencing dry, scorching weather.

“The general public is buying more than ever before,” said Steve Houser, president of the National Fireworks Association.

While it is not clear exactly what is driving people to shops, some sellers think fireworks are a diversion for people who have been stuck at home during the pandemic.

Cities like Los Angeles and San Francisco have received more complaints of illegal fireworks this summer than in previous years.

While most states allow at least some types of consumer fireworks, many cities prohibit them, even non-explosive sparklers. But they acknowledge it is difficult to stop people from buying them just outside city limits where they are legal.

New York City has seen weeks of fireworks lit throughout the city to the ire of some residents.

Residents of certain neighbourhoods say the impromptu firing of pyrotechnics, which sometimes last to the early morning, makes their homes feel like “war zones”.

Does Astoria sound like a war zone to anyone else? At 1am, we used to have helicopters over our heads, now we have fireworks outside our windows.

Those responsible for the fireworks say it is a means to celebrate their survival of lockdowns as a result of the coronavirus pandemic. New York is one of the few states experiencing steady infection rates. Most are seeing dramatic increases.

Others suspect it is a way to defy the police, who are facing nationwide calls for accountability for the killing of unarmed people of colour in the wake of George Floyd’s alleged murder.

In Arizona, which has battled wildfires for weeks, thousands of people have signed an online petition calling for Governor Doug Ducey to ban fireworks this summer.

Delanie Thompson, 28, said she started the petition after seeing a neighbour’s house engulfed in flames last week during a wildfire in Phoenix. She said she and her boyfriend were forced to evacuate their home for 30 hours.

Thompson said she got angry when she later saw a roadside tent selling fireworks in a nearby town.

The Fourth of July is “about our independence”, she said. “Not just about fireworks.”

Authorities in the Phoenix suburb of Glendale seized nearly 1,814 kilogrammes (4,000 pounds) of banned fireworks this week after getting a tip about an illegal sales operation at a house.

Fireworks can be a big danger as many parts of the American West struggle with drought, turning vegetation into tinder for flames.

“It definitely compounds the risk for starting wildfires,” Jessica Gardetto, a spokeswoman for the National Interagency Fire Center in Boise, Idaho, said of fireworks.

The centre is predicting more wildfires than usual in July across a swath of the US West. And fires started by retail fireworks tend to burn near homes, said Gardetto, who has heard them explode every day for the last week in her neighbourhood.

Fires are just one cause for concern. Some doctors fear injuries will increase this year as more people experiment with fireworks at home. 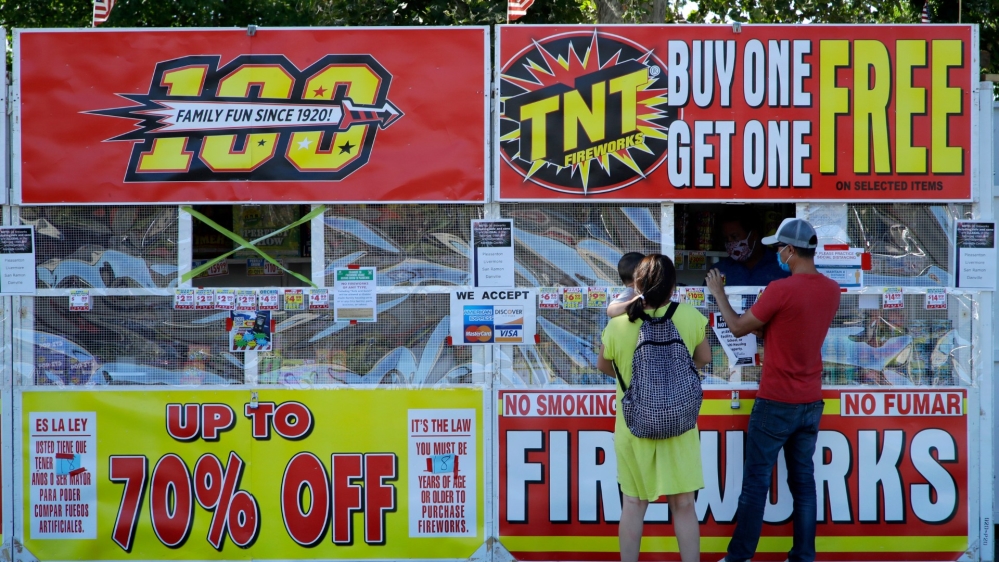 Dr Erin Miller, a hand surgeon at Harborview Medical Center in Seattle, said she amputated 42 fingers due to fireworks injuries last year while she was on call during the Fourth of July.

She has simple advice for revellers: Do not use larger fireworks like mortars and cherry bombs.

“Do not mix alcohol or any other substances if you’re choosing to use fireworks,” she added.

But not everyone is as alarmed by the increased interest in consumer fireworks.

“It’s business as usual for us,” said Chris James, a spokesman for the Glendale Fire Department.

The agency will have extra units on standby like usual for the holiday, he said. He recommends having water and a fire extinguisher nearby.

Fire departments and many sellers also urge people to have a sober “designated shooter”, said Houser of the National Fireworks Association. 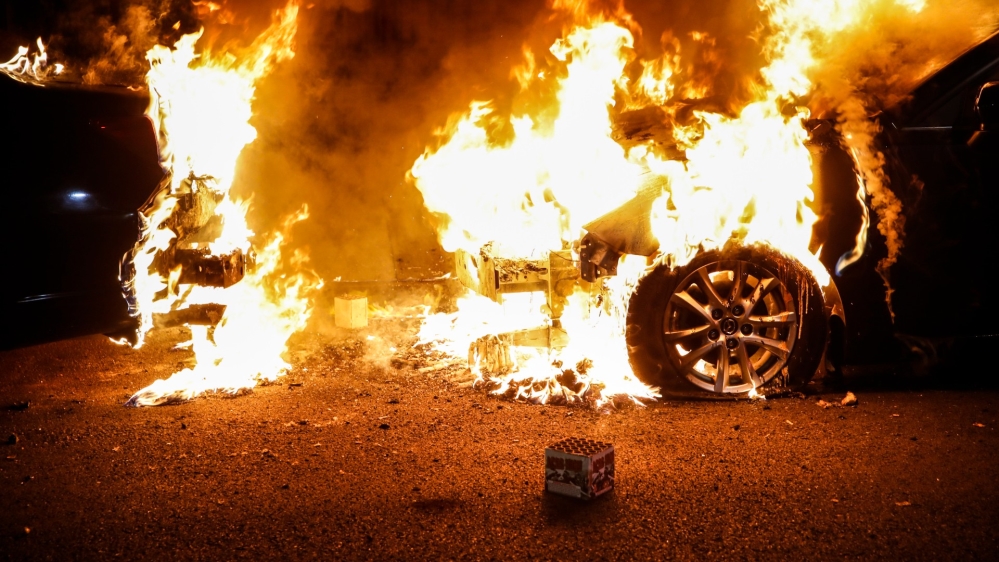 Some in the industry believe monthslong lockdowns during the pandemic explain the increased interest in blowing off steam with fireworks.

“We’ve all been cooped up at home. We all have a lot of added stresses,” said James Fuller, a spokesman for TNT Fireworks. “I think a lot of folks want to feel good again.”