SKOLKOVO, Russia (Reuters) – Tests in the wider Moscow region to see if people are carrying coronavirus antibodies suggest that as many as one in 10 residents may have been infected, a government project said on Friday. 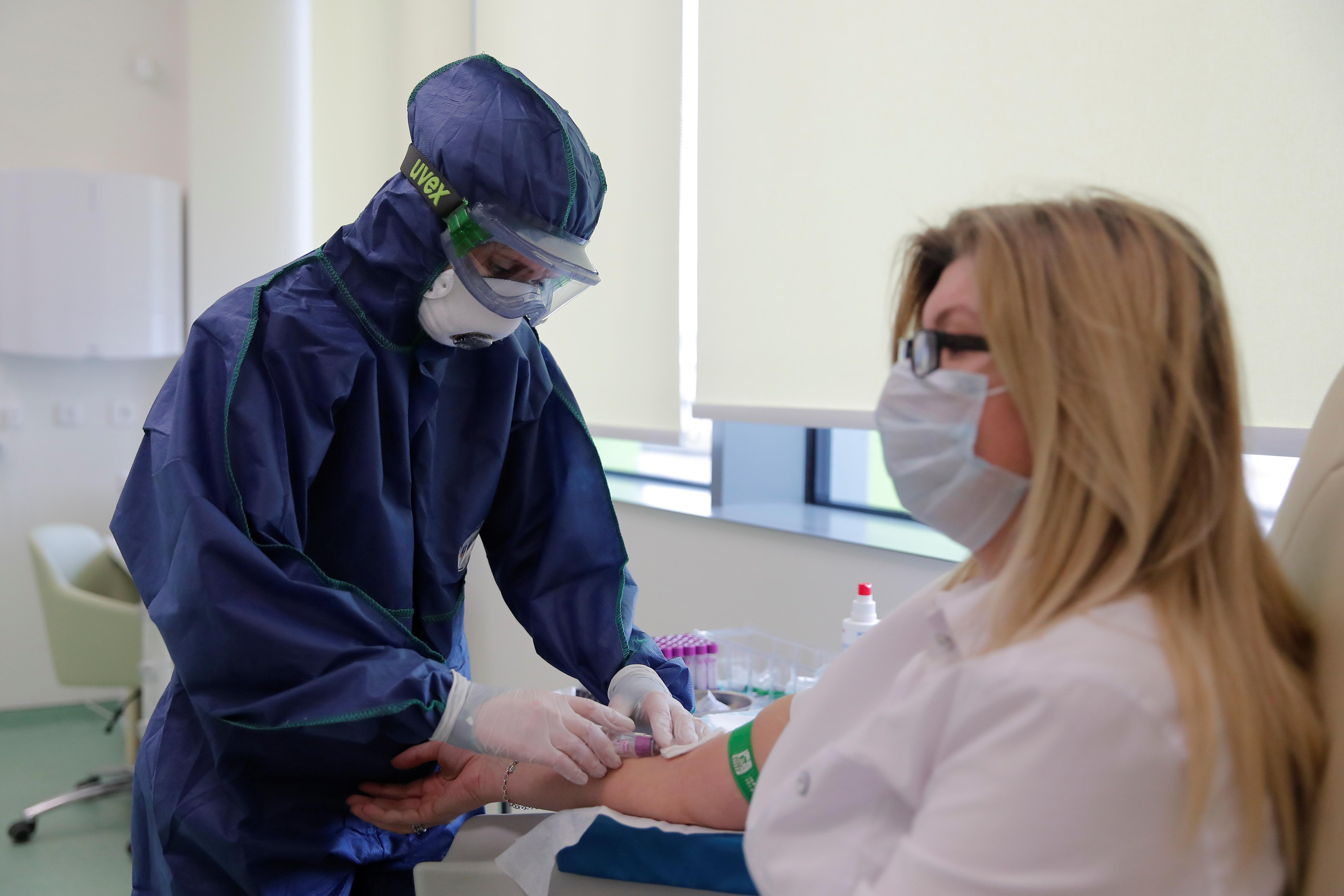 The results, disclosed to Reuters by Moscow’s International Medical Cluster, suggest that the novel coronavirus has spread more widely than the official tallies of confirmed infections.

Moscow and the Moscow region around it has reported 44,786 confirmed cases of the virus, suggesting 0.2% of the area’s population of more than 20 million has been infected.

The Moscow branch of the Israeli Haddassa Medical clinic offers tests for the presence of antibodies to people with no flu-like symptoms for 4,300 roubles ($57.70) – so its tested group is self-selecting rather than being a random sample of the population.

It has conducted about 1,000 tests in its first two weeks of the program, the International Medical Cluster said on Friday.

“Last week, when the testing was launched, about 3% of people had (coronavirus) antibodies. This week, the figure rose to about 9-10%. That means that gradual immunisation is underway,” it said.

The test is produced by the China-based Genrui Biotech company and certified for use in the European Economic Area, the laboratory said.

It is not yet known whether antibodies to the new coronavirus confer some level of immunity, in the way that antibodies to many other infectious diseases do.

Despite a partial lockdown across the country, the number of confirmed coronavirus cases rose sharply in Russia this month and surpassed 68,000 on Friday.

The results given by the International Medical Cluster on Friday follow earlier data harvested from the first trial test for COVID-19 antibodies when the authorities checked 226 samples and found 11 people had carried the disease, an infection rate of almost 5%.