Guatemalans deported by the US are threatened and shunned after officials say dozens test positive for the coronavirus. 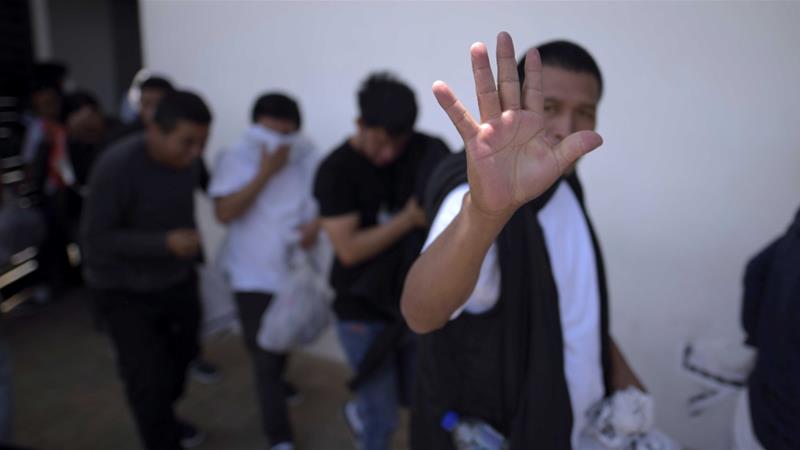 Guatemala City – Carlos* arrived in his hometown in the western highlands of Guatemala earlier this month after being deported by the United States.

The migrant had intended to move to the US to provide for his family. Instead he contracted the COVID-19 virus, and did not find out until being tested by doctors in Guatemala.

“When they told me I was positive, it was painful [to hear]. It wasn’t my intention to get sick,” he told Al Jazeera by phone, adding that he started to show symptoms en route back to Guatemala.

But Carlos’s hardship only just began after his test results came in. Upon arriving home, Carlos said he began receiving threats on social media.

“They threatened to set fire to me,” he said.

“They said they didn’t want us in the village, and that my entire family had to be removed because they are infected,” he added. “They were afraid.”

At least 100 migrants deported from the US have tested positive for the novel coronavirus, according to Guatemalan officials. For many, the stigmatisation they faced by some in the US has now followed them back to their homes in Guatemala.

On April 19, a group of residents of the Indigenous town of Santa Catarina Palopo, which sits along the shores of Lake Atitlan, physically threatened a deported migrant who was sent to be quarantined in their home in the small town.

Days before, on April 15, residents of a middle-class neighbourhood in Quetzaltenango, Guatemala’s second-largest city, threatened to set fire to buses carrying migrants deported from Mexico. The buses arrived at a temporary shelter in their neighbourhood to undergo protocols to guarantee their health. Similar incidents have taken place in other parts of the country.

The threats were sparked by rumours that migrants had escaped a shelter after arriving, despite there being no evidence to support the claim.

“We are doing what we can to stop the flow of migrants who arrive without guarantees of health,” he said. “I ask everyone when they see a deported migrant who has documents that say they were in quarantine that we don’t see them as a criminal, but rather as a brother that has returned home.”

Advocates for migrants have also denounced the attacks.

“The fear is real and it is clear that we need to take actions to prevent [the spread],” said Father Juan Carbajal, the director of the Catholic Church’s Pastoral of Human Mobility in Guatemala.

“We asked for months for the suspension of the deportations, because we knew there was a high risk for them,” he told Al Jazeera. “But it is time to show solidarity with those who have been deported.”

The administration of US President Donald Trump stepped up deportation flights on March 19. Since then, more than 1,400 Guatemalans have been sent back to the country.

Guatemala temporarily suspended deportations from the US on April 17 after at least 44 migrants deported from Alexandria, Louisiana, tested positive for COVID-19.

President Giammattei has stated that the flights will remain suspended until the US can guarantee deportees are not infected by the virus.

The US Centers for Disease Control and Prevention (CDC) was sent to Guatemala following the announcement. The agency randomly tested 12 migrants deported on a flight from Alexandria, Louisiana.

US Immigration and Customs Enforcement (ICE) told Al Jazeera earlier this month that CDC was on the ground to “review and validate the COVID-19 tests performed” of some deported migrants.

“Once results are available, ICE will determine whether to re-evaluate current medical procedures with CDC guidance to ensure that any newly necessary practices are implemented,” an ICE spokesman said.

The CDC did not respond to Al Jazeera’s request for comment.

According to Reuters news agency, ICE will begin randomly testing deportees, but there is still no time frame for the implementation of testing.

Deportations of Guatemalans from Mexico meanwhile, have continued, according to the Guatemalan Institute for Migration.

“Welcome to your land, migrant brothers and sisters. The people of Uspantan receive you with open arms,” reads a sign at the entrance to the town of Uspantan, Quiche, about 248km (154 miles) from Guatemala City.

The sign is part of a campaign launched by community leaders after tensions began to grow over the presence of deported migrants in the remote town. 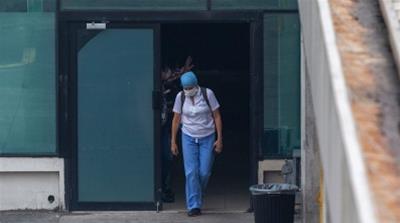 “There has been a lot of discrimination and stigmatisation against our migrant brothers,” said Julio Damian, a community leader in Uspantan who is part of the campaign to welcome back migrants.

“Faced with what is happening in other parts of Guatemala, we wanted to present a positive message,” he told Al Jazeera. “They should not have to hide themselves. We can find ways of helping them.”

Uspantan has not reported any cases, but 50 locals deported by the US and Mexico remain under quarantine in their homes under supervision of medical professionals from the health ministry.

“The campaign is to inform the people,” Damian said. “We want our message to arrive to more people.”

Authorities in other communities, including in Cuilco, Huehuetenango, and in Nebaj, Quiche, also told Al Jazeera they were working to fight the stigmatisation of migrants as well.

Despite the threats that Carlos, the deported migrant in the highlands, has faced, he said he has also received aid and help from his neighbours.

“Thank God that there are also good people through all of this who are generous,” he said.

*Name has been changed to protect the individual’s identity.