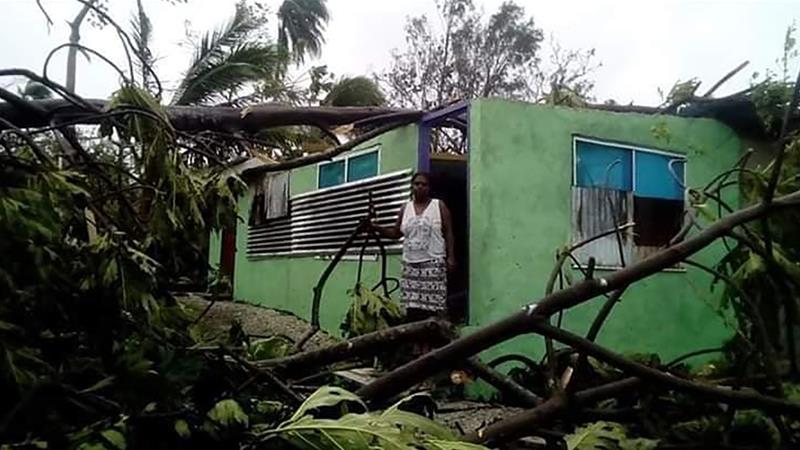 The United Nations has released $2.5m from its emergency humanitarian fund to help thousands of people affected by Cyclone Harold in the South Pacific island nation of Vanuatu and offered support to other hard-hit countries.

“Initial assessments suggest as much as 90 percent of the population in Sanma, the most affected province of Vanuatu, lost their homes, and more than half of all schools and almost a quarter of health centres were damaged,” the UN Office for the Coordination of Humanitarian Affairs (OCHA) said in a statement on Monday.

“Crops have been destroyed, and many communities are now cut off from help because of flooding and the destruction of roads.”

On April 11, Vanuatu’s President Tallis Obed Moses had extended a state of emergency declared over the coronavirus pandemic by 30 days “due to the severe impact” of Cyclone Harold, according to local news website, the Daily Post.

UN Humanitarian Chief Mark Lowcock, who announced the release of the $2.5m for Vanuatu, said: “Thousands of people urgently need shelter, water and food to survive.”

He praised the government and first responders for ensuring people were safe before the storm and meeting immediate needs following it, adding that: “As the extent of the destruction becomes clear, this UN funding will ensure aid supplies are maintained and reach the people who need it.”

He said it was especially important to support Vanuatu at a time when the coronavirus pandemic “touches us all”.

The UN said that to facilitate the movement of aid supplies, the government had eased in-country travel restrictions and lifted restrictions on domestic air and sea operations.

Vanuatu, with roughly 80 islands stretching about 1,300 kilometres (808 miles) and a population near 300,000, was jointly controlled by the United Kingdom and France as the New Hebrides before it gained independence in 1980.