Russia: Germany and France urged to 'stand up' by expert

In a series of short video clips, captured from the Russian frigate Admiral Essen, a missile can be seen being launched from one of the ship’s multiple missile silos. The video clips, released by the Kremlin’s propaganda outlet TASS, also flaunt the strengths of the new warship in an effort to display Russia’s military might.

Russia says the Caliber cruise missiles were fired as part of a joint military exercise in which over 20 other military vessels and around 50 warplanes were also involved.

The spokesman added: “Three squadrons of the Southern Military District’s attack aircraft held drills to attain positions for an attack.”

The Admiral Essen is one of Putin’s latest warships, a multi-purpose patrol vessel, capable of conducting combat missions. 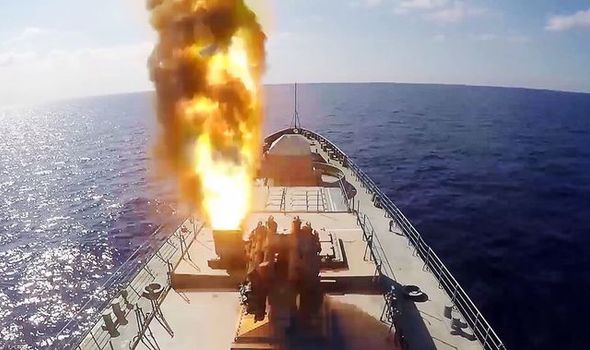 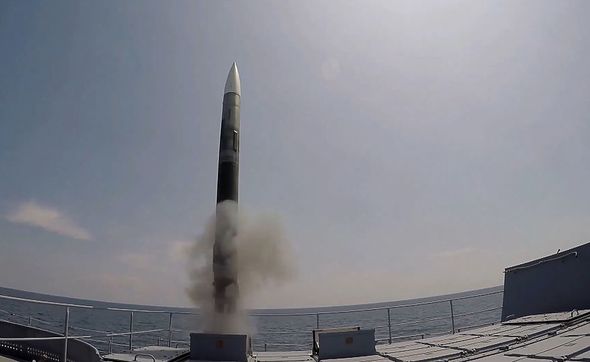 News of the missile launches comes as the latest satellite images show Russian warplanes amassing in Crimea and bases near Ukraine with as many as 30 Su-30 fighter jets lined up on a runway.

Over 110,000 troops are currently poised to invade Ukraine along its Eastern border with fresh troops and equipment being sent to the region daily.

Last week, US president Joe Biden called off plans to send two US warships to the Black Sea as Vladimir Putin announced the Kerch Strait will be closed off to foreign warships.

The US and Russia have been engaged in tit-for-tat moves over sanctions and other diplomatic rows. 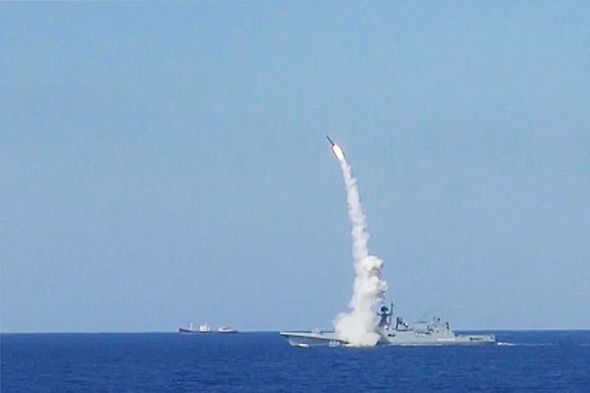 On April 15, Mr Biden declared a national emergency, expelling 10 Russian diplomats and imposing a series of sanctions on Russia.

German Chancellor Angela Merkel advocated for dialogue with Russia on Tuesday, describing the situation with Ukraine as “worryingly tense”.

President, Volodymyr Zelensky, issued an invitation to Putin, urging him to engage in peace talks in the country’s troubled Donbass region. 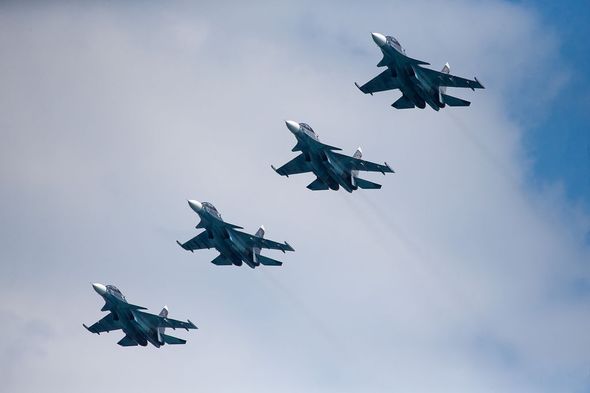 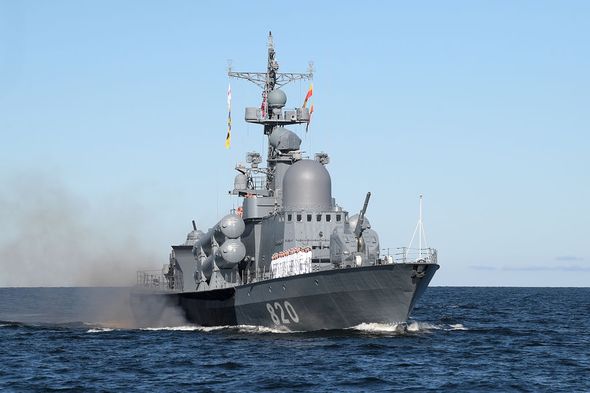 In a short video message, Mr Zelensky said: “Mr Putin: I am ready to go even further and invite you to meet anywhere in the Ukrainian Donbass, where there is a war going on.”