Russia could launch a new invasion of Ukraine from the sea – a form of attack that Russian forces “constantly practice”, including in Crimea, the deputy head of the Ukrainian navy has said.

Vice Admiral Andriy Tarasov called the threat from an amphibious assault “real” but told Sky News that Ukraine’s armed forces would repel any such attempt.

He also accused the Russian navy and coastguard of increasingly hostile activity in a shared sea that connects the two countries, closing off stretches of water to Ukrainian maritime traffic for non-existent military exercises. 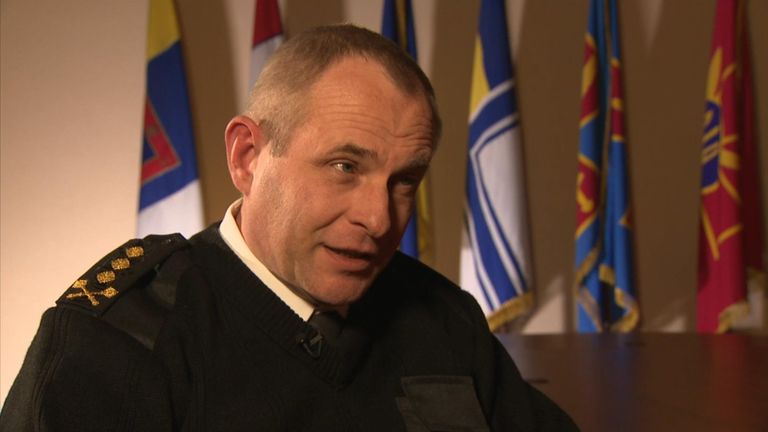 Russia at times used jamming devices in the Sea of Azov as well to disrupt the communications and navigational devices on Ukrainian vessels, the senior officer added.

It meant the ability of commercial ships to operate out of Ukrainian ports in the area has been restricted, with 70% of the sea out of bounds last month and the volume of goods able to move in and out dropping by up to 50% over the past eight years, he added.

Analysis: European diplomats remain nervous as NATO talks depend on ‘Russians backing down’

A second naval officer describes the Russian actions as a form of “economic warfare”.

A large build-up of Russian forces close to Ukraine – which has raised fears in the UK, the United States and across the NATO alliance that Russia is planning a further invasion of its neighbour – included the sea border, Vice Admiral Tarasov, 51, said.

“The [Russian] forces can manage the paratroopers’ landing,” he said in an exclusive interview, speaking through a translator at a building for naval officers in the port city of Odessa, which sits on the Black Sea. 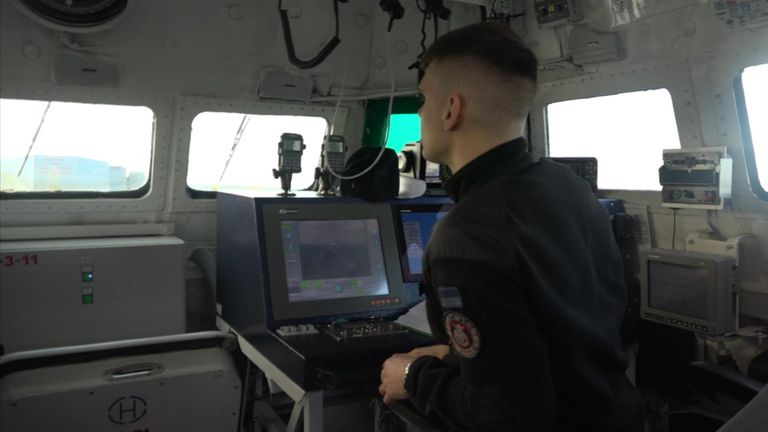 “Their level of preparedness is quite high and they constantly practice such actions at training areas, including in Crimea.

“If such forces have been assembled, we must be able to prevent them from having the opportunity to land. Given that they exist then the threat is real.”

We will defend ourselves against Russia ‘until the last drop of blood’, says country’s army chief

It is one reason why the navy is focused on rebuilding its fleet, which was decimated after Russia annexed Crimea in 2014.

The peninsula, which straddles the Sea of Azov and the Black Sea, had been where the navy was headquartered and kept the majority of its ships – many of which were captured by Russia.

The UK is an important ally supporting efforts by Ukraine to buy new warships and weapons, including missiles, as well as renovate other naval bases, Vice Admiral Tarasov said.

Under an agreement finalised last year, Kyiv will be able to seek £1.7bn in loans from London for its plans.

“We are very grateful… We received a real opportunity to realise the [naval] strategy we planned back in 2018,” the senior officer said. 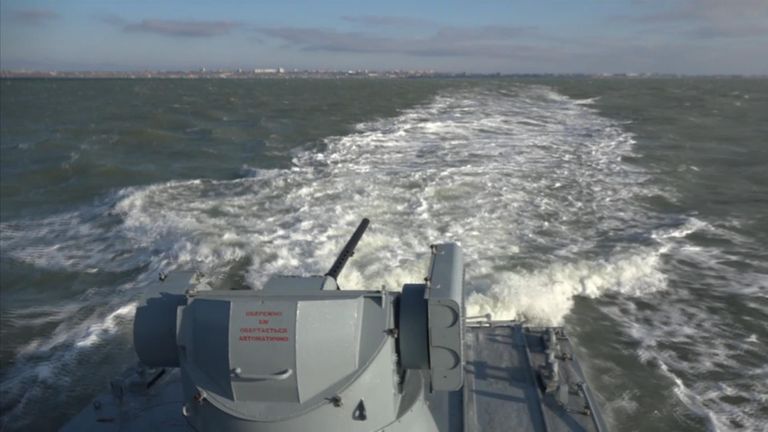 But acquiring new warships and constructing bases will take time – and the threat to Ukraine is now.

Yet the admiral said he was confident other parts of the Ukrainian armed forces would be able to help the navy defend its coastline if needed.

“If you want peace, you need to be ready for war,” he said. “Since 2014 we focused on restoring our marines and coastal artillery… We have restored their potential. At the moment, the forces we have on the coast are capable of fighting off any landing party of the enemy.”