Britons are braced for what could become the coldest Bonfire Night in years with temperatures forecast to drop as low as -3C in some regions. The wintry conditions came after snowfall in parts of northern England on Thursday. The Environment Agency has issued several flood warnings and alerts after a stormy start to the week, but what do the forecasts suggest about today?

High pressure is expected to dominate the weekend’s weather with winds and possible rain.

But ahead of these conditions, temperatures are likely to be cloudy with patchy rainfall across northern and western areas of Scotland.

The rest of the country will remain dry with good sunny spells, especially across the south and east.

A few fog patches may linger throughout the day, but most places are predicted to be sunny and dry. 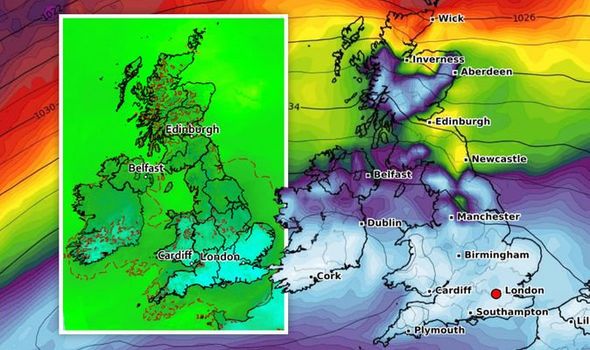 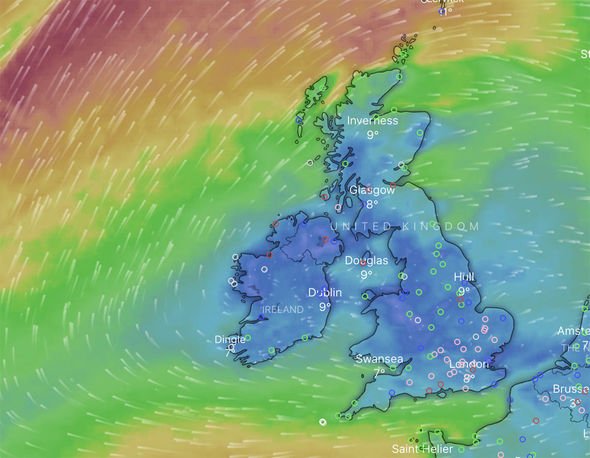 The evening will turn even colder with some dense fog patches possible.

Most places will be dry overnight, which is typical of normal Bonfire Night weather.

Weather Outlook forecaster Brian Gaze said the country could see its “coldest bonfire night” in recent years with the mercury set to remain at -1C heading into Thursday evening.

He told the Mirror: “The coldest Bonfire Night in recent years is possible.

“Wrap up warm for garden fireworks.”

WX Charts temperature map, however, reveals conditions across Britain will range from 1C to 12C for most places in the country. 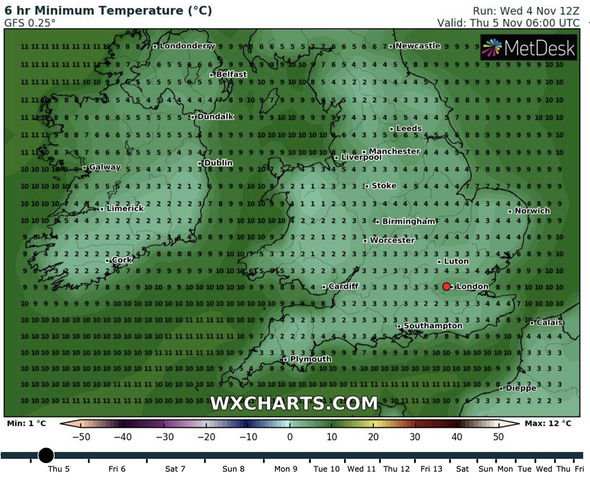 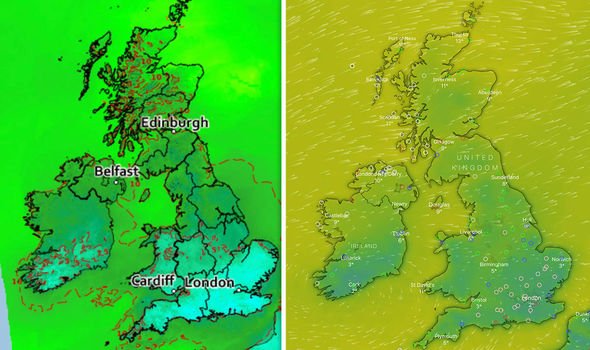 The Met Office forecast for Thursday advises of fine and dry conditions for most with some fog patches.

The early morning foggy conditions in the south will slowly clear throughout the day leading to fine conditions with some good sunshine, although conditions will feel chilly for many.

The weather will be cloudier in the northwest with some drizzle.

In east Scotland and northeast England conditions will be milder throughout the day.

Throughout Thursday evening and overnight conditions will be cold in the south with frost for some.

There will be mist and fog patches across central and eastern areas as well as Northern Ireland.

Conditions will be mainly dry and cloudy across the northwest.

The mist, fog and low cloud will continue into Friday for central and eastern areas clearing throughout the day. 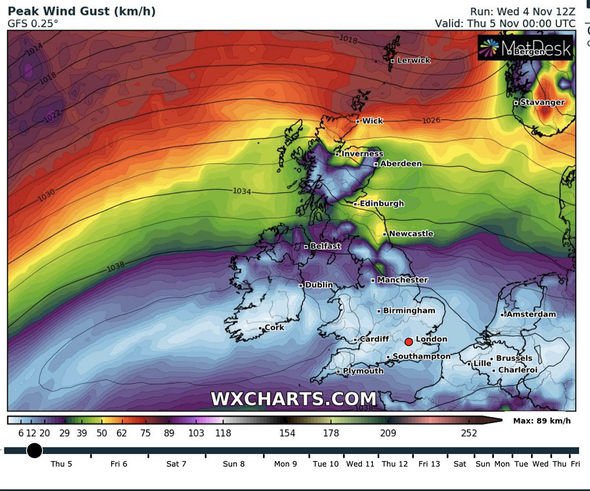 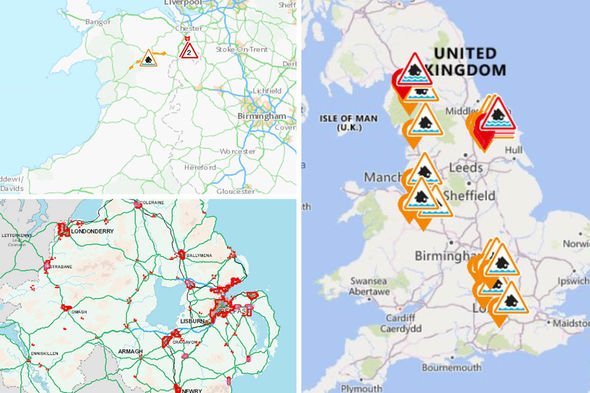 Days of heavy downpours are still possible according to many forecasters.

The Environment Agency has issued eight flood warnings and 18 flood alerts for Thursday.

Several areas in Northern Ireland have also been highlighted as at risk of possible flooding.

Through the rest of the week into next week, the weather is likely to be more unsettled with high pressure close to the south and south-west of Britain.

However polar maritime outbreaks will bring showers to western Scotland as well as northern and western coasts.