Some regions could see 30-50 millimetres of rain risking flooding and travel disruption. Met Office meteorologist Luke Miall explained: “The autumnal weather continues through the next few days or so, on Wednesday there will be a lot of heavy rain around, particularly for central, southern and eastern parts of England.

“Where we see the rain that could risk some pretty difficult travelling conditions and the risk of some flooding.

“For some of us, top and tail of the country, where will be some strong winds around as well.”

An official Met Office yellow weather warning for rain is in place across East Anglia, south-east England and parts of the midlands and west country.

A separate weather warning is also in place across south-east England, extending along the coast of East Anglia, due to powerful winds. 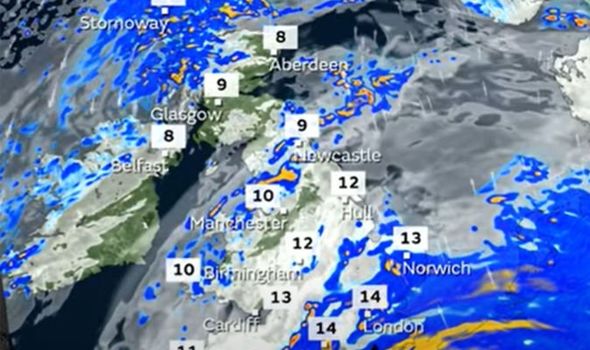 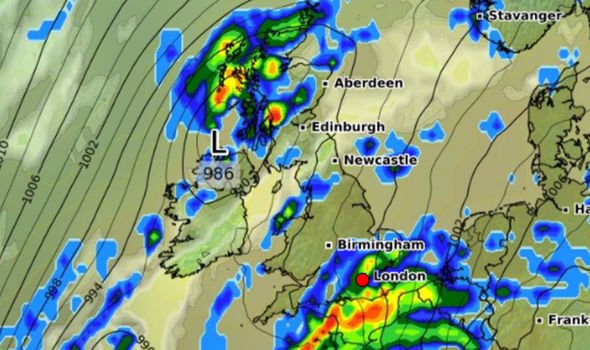 Referring to the regions covered by the warning Mr Miall said: “This area will widely see 10-15 millimetres of rain falling, probably within a space of 3-6 hours.

“For some areas we could see as much as 30-50 millimetres of rain, particularly south-east England where we will see some of the heaviest of that rain so there will be some tricky travelling conditions, some pretty nasty conditions on those roads with a lot of surface water and the risk of some flooding as well.

“Through Wednesday morning though we’ll see the worst of that rain coming in across the south coast and south-east England.

“There will be rain spreading further north and west as well, a little bit of uncertainty as to the boundary of that so do keep abreast of the latest forecasts.” 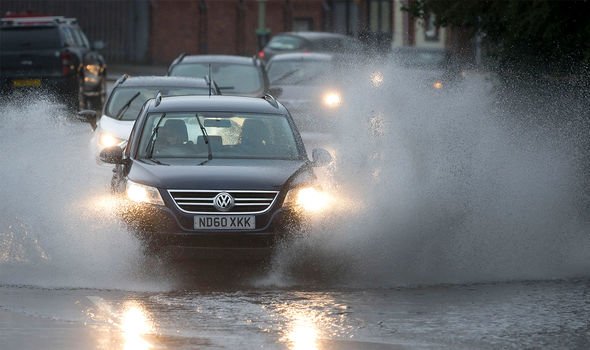 Heading into the afternoon the south-west should expect some sunshine but further wet weather will hit the north-west.

Wednesday evening will generally be drier but light rain could still hit across the country.

Mr Miall forecast: “Through Wednesday evening then most of that wet weather pulls away into the North Sea, we do see the skies clear keeping that breeze blowing through and that will continue to bring further showers. 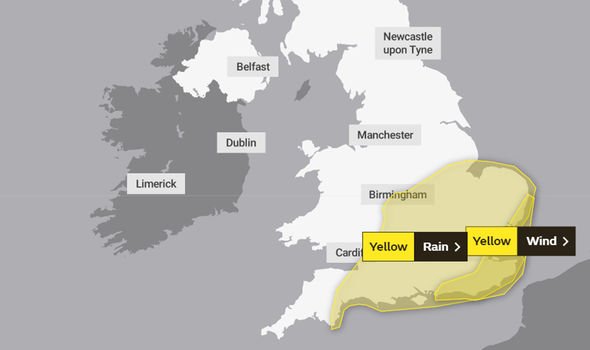 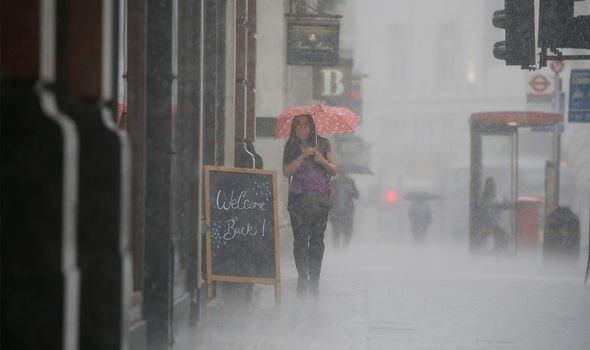 “The showers across Scotland just work their way across the country allowing some much colder air to usher in here.

“Still relatively mild in the south but a little bit chillier than it was on Wednesday morning.”

According to the Met Office Wednesday’s powerful winds and rain mean travel disruption is likely for south-east England.

It states: “Some delays to road, rail, air and ferry transport are likely.

“Delays for high-sided vehicles on exposed routes and bridges likely.

It’s likely that some coastal routes, sea fronts and coastal communities [will be] affected by spray and/or large waves.”

Thursday will be milder as the remanence of Storm Barbara is pushed towards Scandinavia. 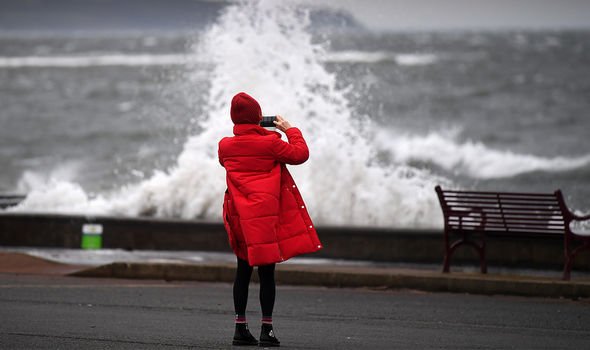 It will generally be dryer though showers could break out across the country and light rain in forecast for the north-east.

Through the afternoon what rain there is should clear and be replaced with some sunshine.

Temperatures across the south will be around 15 degrees Celsius whilst northern parts of Britain will generally be cooler.