Places such as Windsor, Edinburgh, London, Balmoral and Norfolk have been inundated with mourners after the loss of the Queen, who died on Thursday, September 8 aged 96.
Seas of bouquets and touching messages have been placed outside Windsor Castle, the Sandringham estate, Balmoral – where the Queen spent her final days, and Holyroodhouse – where Her Royal Highness’ coffin is currently resting. Later today it will be moved in procession to St Giles’ Cathedral where the late monarch will lie in state until tomorrow when it will be flown to Buckingham Palace by RAF plane. Then on Wednesday, September 14 London is expected to be congested once again, as the Queen’s coffin is borne on a gun carriage from Buckingham Palace to Westminster Hall for her lying in state.

It means more people will be braving autumnal weather conditions to experience a poignant part of history.

On the day of the Queen’s death widespread showers lashed down over crowds as they began flooding into the capital. But it certainly did not deter the masses.

And with generally more settled conditions this week, scores more people will flock to witness major moments in history. 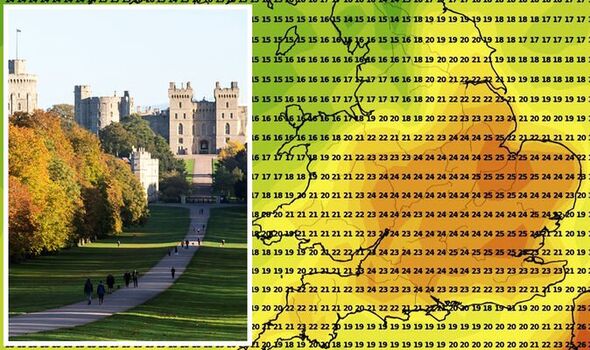 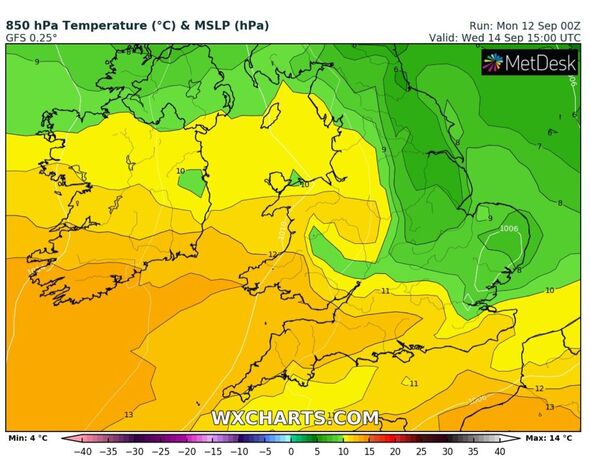 This week Greater London will remain largely dry with the top temperature being today, a humid 26C.

Tomorrow there will be light showers from 3pm onwards and on Wednesday, potentially the busiest day of the capital this week, it will be a pleasant 22C with spells of sunshine and cloud.

Through this weekend conditions will remain settled and the mercury will sit at around 18C.

At Balmoral, those laying flowers will be able to do so under largely dry conditions, with the exception of Thursday late afternoon, where light showers may erupt from 4pm. 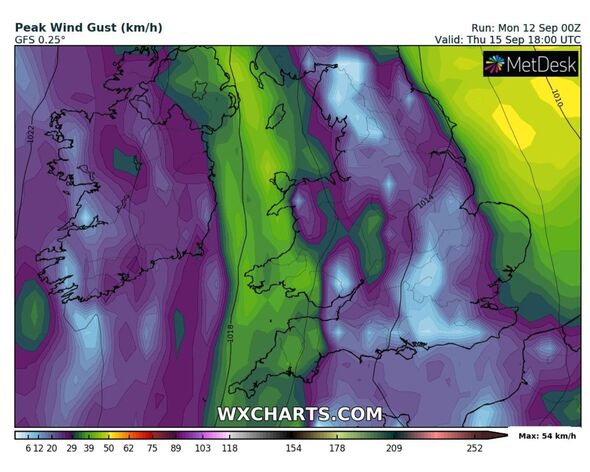 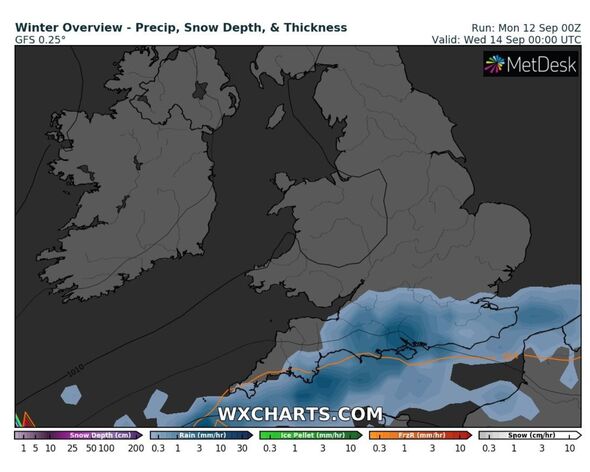 In Edinburgh, the entire week will be dry – with top temperatures being 17C today, and 18C tomorrow – when the Queen’s coffin will depart for London.

Then, in Norfolk, where more tributes will be laid at Sandringham, temperatures will be sustainably mild throughout the week with the mercury sitting comfortably at 24C today, before only slightly slipping to 16C by the weekend.

Windsor Castle will see highs of 25C today, but showers will sweep across tomorrow from 2pm.

The rest of the week will see highs of 21C, only marginally decreasing to 18C by the weekend.

Preparations have already started in London, where its reported miles of queues will form later this week to file past the Queen’s coffin at Westminster Hall.

The Queen’s coffin will lay in state for 23 hours a day for four days, before the state funeral next Monday – a day set to a poignant historic occasion witnessed by millions of people from all over the world.

The day will be a Bank Holiday, meaning schools will be closed, but it will be up to employers to decide on whether their workers will get the day off.