Though forecasters are predicting milder weather over the weekend, the downpours look set to return as tropical storms Danielle and Earl blow themselves out over western Europe. Despite the rain and potential thunder, today will see highs of 23 degrees in the south east.

Charts show an initial spiralling front move in towards the British Isles on Monday morning, with disrupted wind patterns across the south.

Next Wednesday, another passing over northern France will bring higher winds to the south east of England, of about 32mph.

Another high-wind front will move in on Thursday, sweeping across the country.

Jo Farrow, a senior forecaster at Netweather, said: “There looks to be a lull from the showery downpours this weekend but tropical cyclones in the Atlantic are adding uncertainty to the forecast. 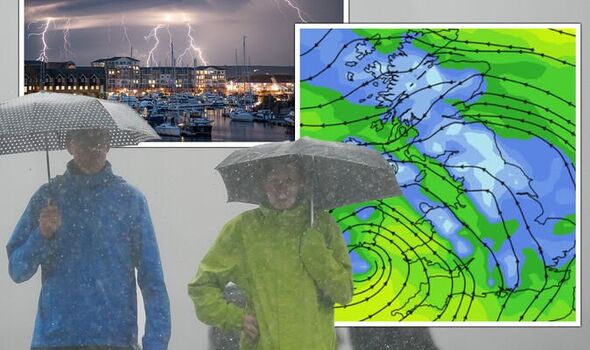 “Danielle will transition into an extratropical cyclone that could affect western Europe, with ex-Earl swirling further west.”

Danielle has become the first hurricane of the 2022 Atlantic season off the coast of America. As of 10am GMT, it was moving at around 15 miles an hour, according to the National Hurricane Centre.

With winds of nearly 80mph, it is expected to gradually weaken over the following days, dropping back to a tropical storm with consistent winds of 74mph.

Hurricane Earl, meanwhile, is the second of this year’s season, with sustained winds of 80mph and stronger gusts. 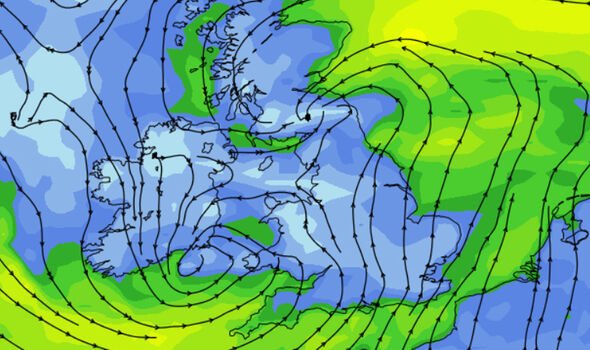 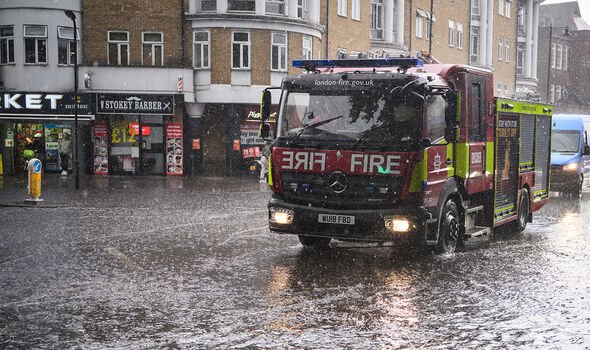 It is expected to move east past Bermuda on Thursday night and to continue growing stronger into a Category 3 storm – with winds of up to 129mph.

The winds will have died down considerably by the time it reaches Britain’s shoreline, but will still be noticeable, bringing the potential for storms and rain.

Ms Farrow said: “The low will move towards Pembrokeshire during Wednesday night. By Thursday the showers spread over most of England and Wales, again with heavy downpours and thunderstorms.”

On Thursday, rain is expected to carpet the majority of the country, with rain continuing to fall into Friday. 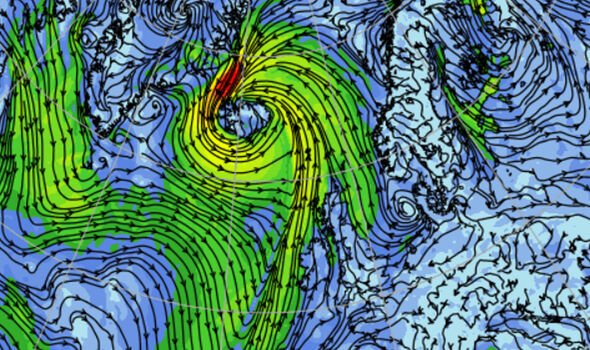 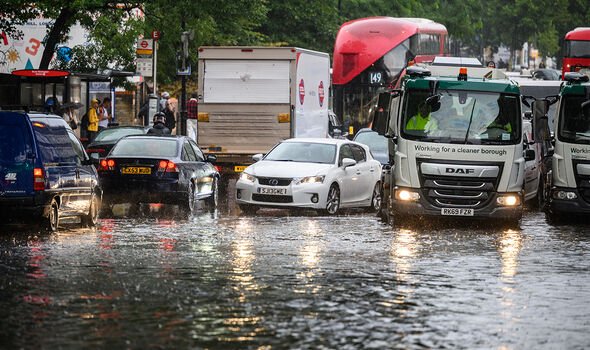 Ms Farrow added: “As the low continues to move over Britain, eastern Scotland sees an easterly wind and a westerly wind sets in for the Bristol Channel.

“This pattern continues, of scattered heavy showers rotating around the low which moves slowly eastwards across Britain.”

The Met Office forecasts: “Showers on Friday will be occasionally thundery, but will become lighter and less widespread on Saturday.

“Thicker cloud and rain possibly spreading from the southwest on Sunday. Temperatures around normal.” 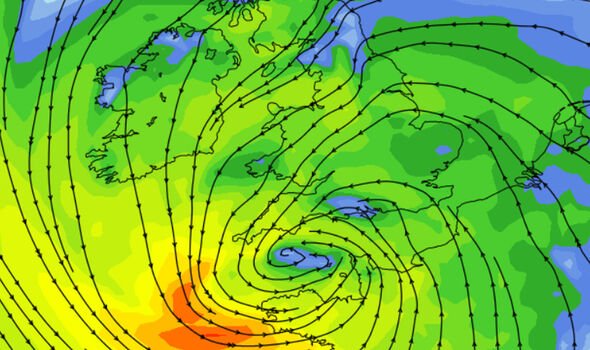 A band of heavy rain will move in on Sunday evening, and will continue to spread through Monday.

It is not until September 20 that another highly-charged storm will whip around the UK, with most of the country seeing winds in the thirties throughout the day.

Meteorologists predict that the main eye of the storm will skirt around the bottom of Ireland and Cornwall, before descending south across the French coastline.

However, a tornado has already been spotted in Midlothian, Scotland as heavy rains and thunderstorms swept over Britain on Tuesday afternoon.

The Met Office said the tornado was a waterspout, a type that forms over water.