LONDON (Reuters) – Britain’s government said on Wednesday it would ramp up the number of coronavirus tests amid widespread criticism that it was doing far too few, as ministers suggested that shortages of chemicals were partly to blame. 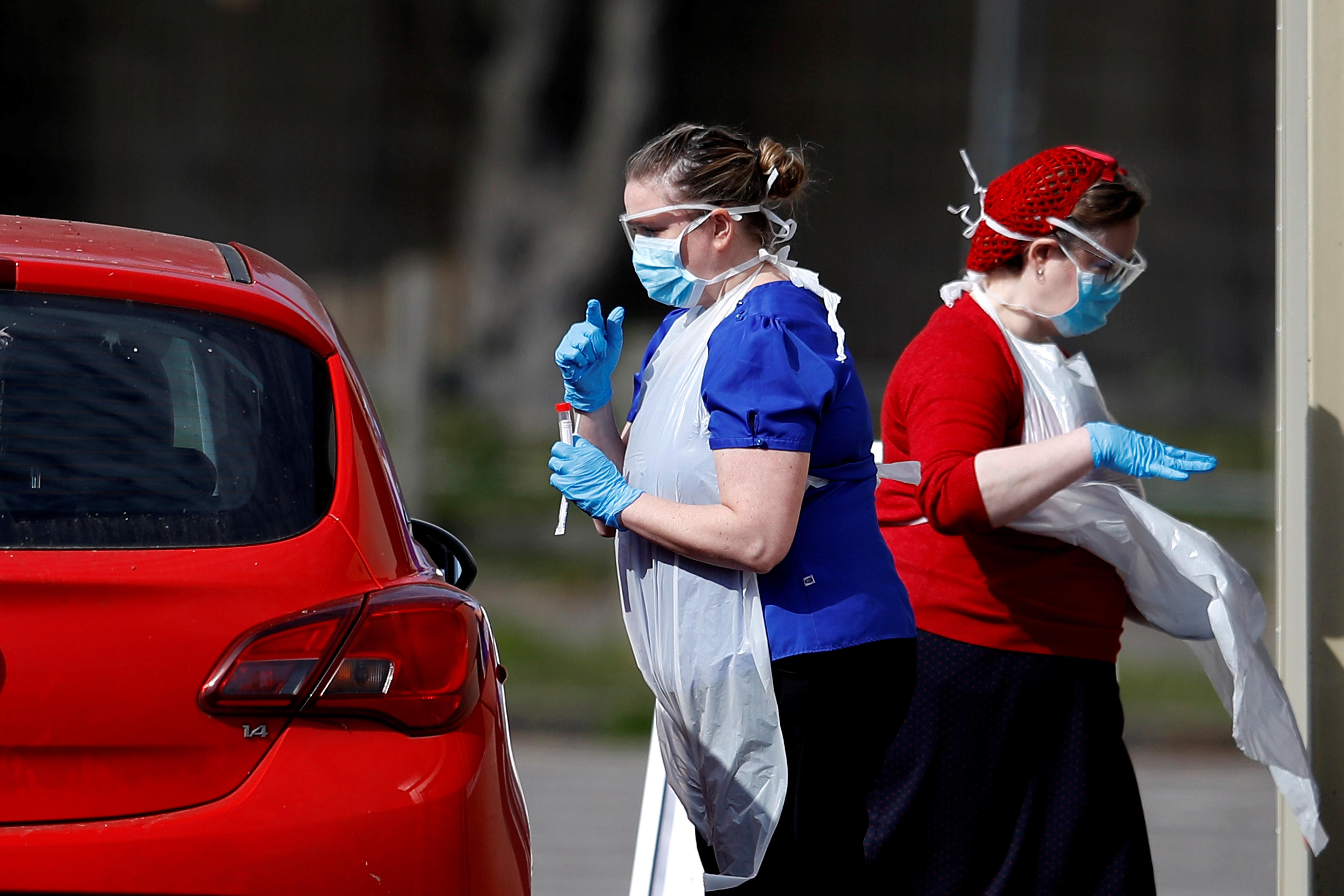 Officials say testing for COVID-19 is key to fighting it, not least to check if medics on the frontline of the epidemic could return to work.

But while Germany has been testing about 500,000 people a week, Britain’s current capacity is just 12,750 a day, a figure the government said it was aiming to double by mid-April.

“I hope on testing … you will see significant increases this week. We expect to be at 15,000 tests over the course of this week and then moving further forward in the future,” housing minister Robert Jenrick told broadcaster ITV.

“We do need to go further and we need to do that faster.”

The number of coronavirus deaths in Britain rose to 1,789 people, figures on Tuesday showed, a 27% increase in a day with one of the victims a 13-year-old boy with no apparent underlying health conditions.

So far, tests have been focused on those suspected to have the virus who have been admitted to hospital but the government says it is trying to extend this to key staff in the National Health Service (NHS).

Jenrick said more than 900 health workers were tested over the weekend and a further 8,240 individuals on Monday, as he faced a barrage of questions in media interviews about the low number of tests.

At a news conference on Tuesday, Cabinet Office minister Michael Gove said shortages of necessary chemicals had been a factor.

“A critical constraint on the ability to rapidly increase testing capacity is the availability of the chemical reagents which are necessary in the testing,” he said, saying the government was working with companies worldwide to obtain what was required.

The Chemical Industries Association said that, while there was escalating demand, “there are reagents being manufactured and delivered to the NHS”.

“Every business here in the UK and globally is looking at what they can do to help meet the demand as a matter of urgency,” it said in a statement.

An opposition Labour lawmaker said the problem was that ministers appeared not to have ordered enough of the chemicals from companies that had offered to make what the government needed.

“These are often the same chemical companies which are producing chemicals for the tests in Germany,” Bill Esterson said.

Asked about the apparent discrepancy between the government and industry over the shortages, Jenrick said several chemicals were required, “and not all of them, as I understand it, have always been available in the UK in the quantities that we need.”