The UK has witnessed heavy snow, rain and gusty winds this week, with the Met Office issuing several weather warnings for Monday and Tuesday. Although the severe amber snow warnings from earlier this week have now expired, several snow and ice warnings remain in place today (Wednesday, February 10) as further snow is forecast to fall.

Much of Scotland, northern and southern England is under a yellow snow warning until 11.59pm tonight.

The Met Office warns “persistent bands of showers” are likely in some areas under warning, and daily accumulations of up to two inches (2 to 5cm) are “probable for some”.

The Met Office also warns in some places 10 to 15cm, or approximately four to six inches, is possible “in areas where showers merge into more organised and prolonged spells of snow”.

Additionally, the Met Office has issued a snow and ice warning for parts of Northern Ireland until 11am this morning. 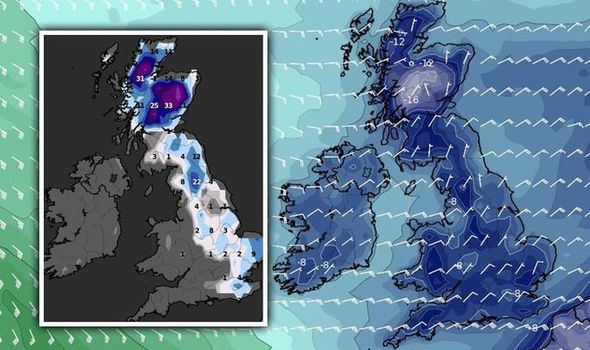 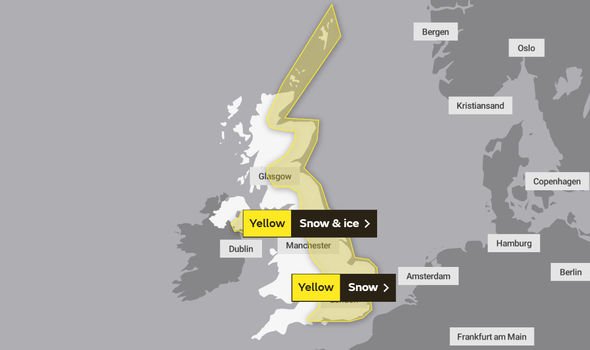 The Met Office forecast for today states eastern areas and the Northern Isles will continue to see “snow showers” throughout Wednesday.

WXCHARTS winter overview maps, which use data from MetDesk, show some new snow could potentially fall over parts of the South East, eastern and northern England today.

UK snow depth maps also show many areas with a heavy blanket of snow throughout the day on Wednesday.

Much of the South East and the Midlands is forecast to have between 1 and 4cm, or up to 1.5 inches, of snow depth accumulation by midnight tonight. 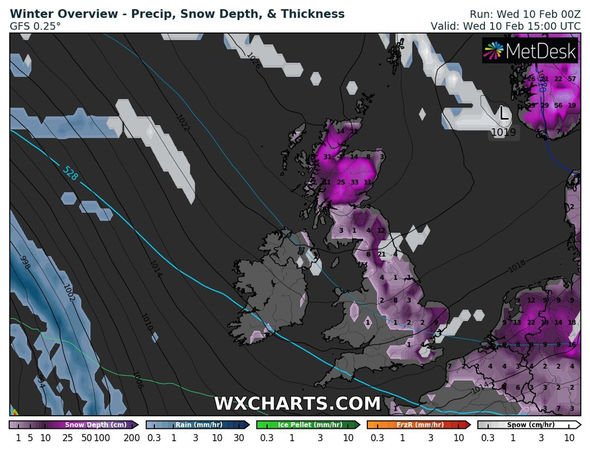 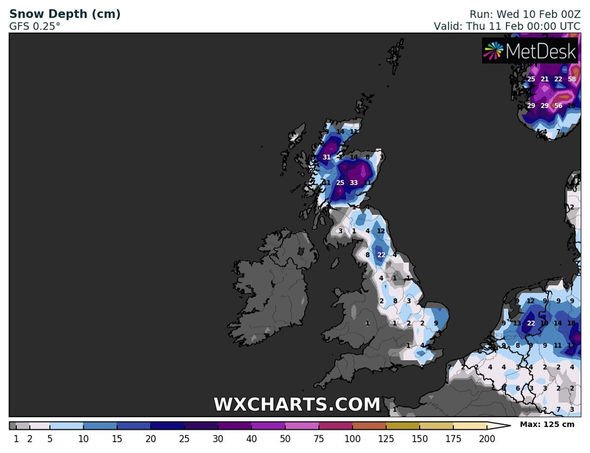 Scotland is forecast to see the most snow depth by the end of the day on Wednesday.

Some areas could see as much as 33cm, or 13 inches, of snow depth by the end of the day.

While only some areas of the UK are expected to see further snow today, weather maps indicate a cold day is in store for much of the country. 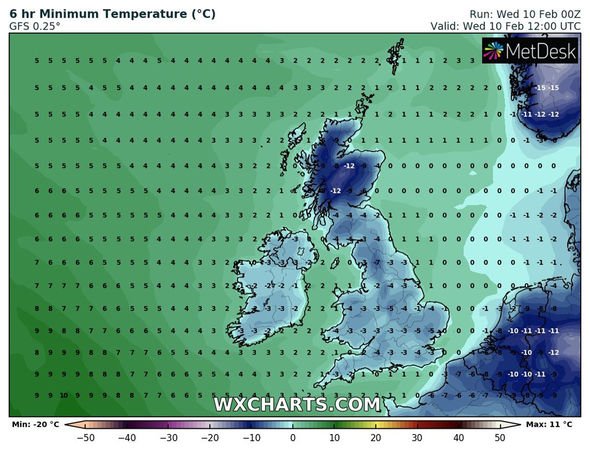 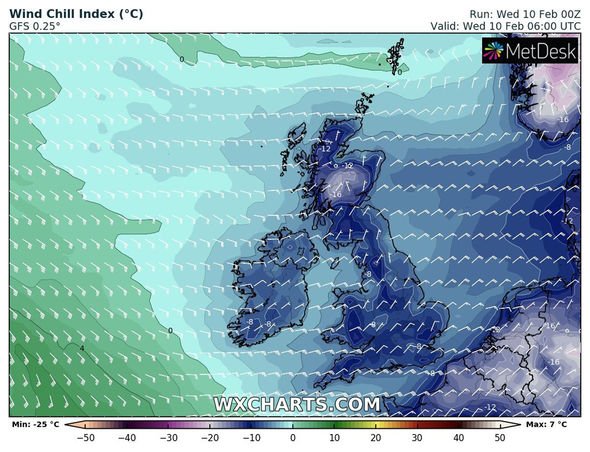 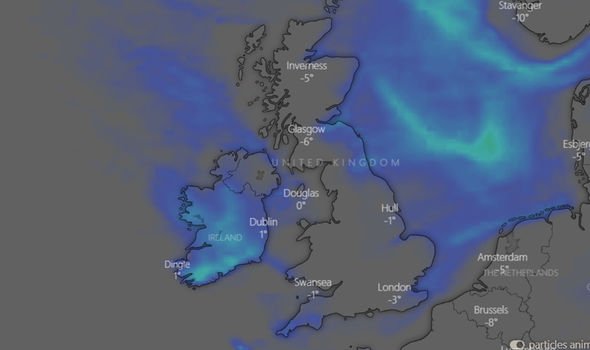 Some parts of Scotland could see minimum temperatures as low as -12C today, according to WXCHARTS maps.

In the South East minimum temperatures hover between -3 and -5C, and in northern England some areas could get as cold as -7C.

In Wales it could also be a very chilly day, with predicted minimum temperatures spanning from -1C to -3C.

With the wind chill, temperatures could feel even colder than forecast in some areas.

Over the next three days, Windy new snow maps suggest some further snowfall in the UK is likely to fall over areas of Scotland and northern and eastern England.

However, some new snow is also forecast for parts of the South East and South West England.

Earlier this week, the Met Office said further snow is likely to affect parts of the South West, Wales and Northern Ireland later in the week.

Met Office Deputy Chief Meteorologist Jason Kelly, said: “Later in the week there is a chance of more organised snow affecting some western and southwestern parts of the country as Atlantic frontal systems push into the cold air.

“There is a lot of uncertainty regarding which areas are may see snow, but for now, southwest England, south Wales and Northern Ireland look most prone.”