Brain Gaze, forecaster and founder at The Weather Outlook said there was a possibility of “brief warmer incursions” for the rest of the month. According to his latest forecast, areas of low pressure are set to move in from the west and pull up “sub-tropical air” which could raise temperatures across the country.

Mr Gaze also stressed there were a “relatively small number of runs” that would bring warmer conditions in from around May 25th.

Writing in his latest forecast, he added: “That suggests that although a warmer outcome is possible, it is currently unlikely.

“Nonetheless, it is something to keep an eye on in the coming days, particularly as another Bank Holiday weekend approaches.”

However, he made clear the emphasis for the rest of May would remain on “below-average temperatures and quite unsettled conditions.” 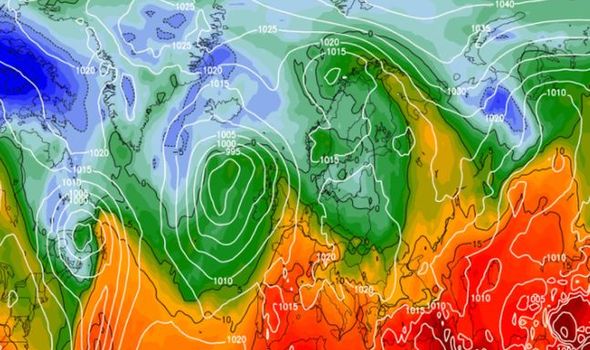 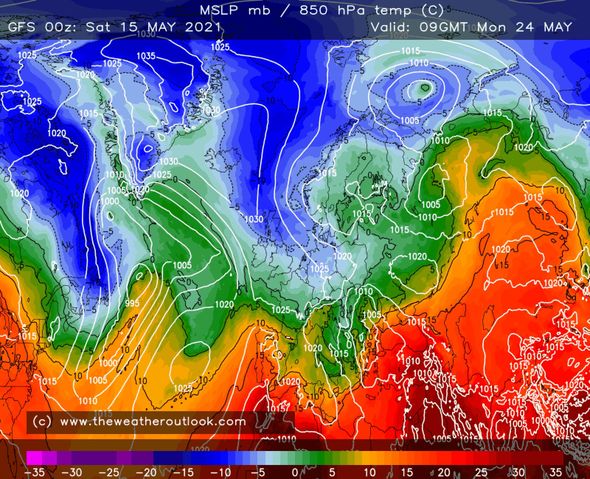 He concluded: “The meteorological summer begins on June 1st, but this year it feels as though we have barely had a spring.”

It comes as more rain showers are forecast for the week ahead, setting the scene for what could be one of the wettest Mays on record.

By Friday, May 14, there had been 91 percent of the expected rainfall for the entire month, with 63.5mm having fallen already. 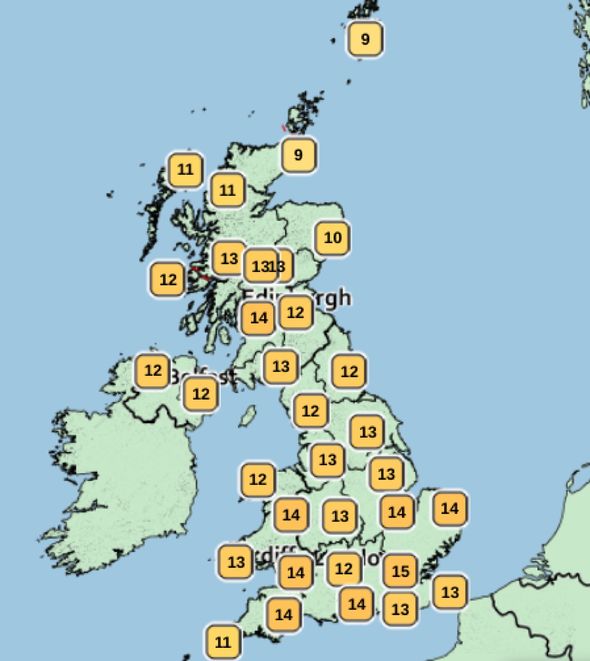 Met Office spokesman Oli Claydon said: “Essentially the set-up in weather that we’ve got at the moment is set to remain for the foreseeable future.”

Mr Claydon continued: “It’s really hard to speak for the rest of the month.

“We’ve had some heavy rain in certain parts of the UK that may have contributed to that total significantly, so to assess how that’s going to play out across the rest of the month is quite tricky.” 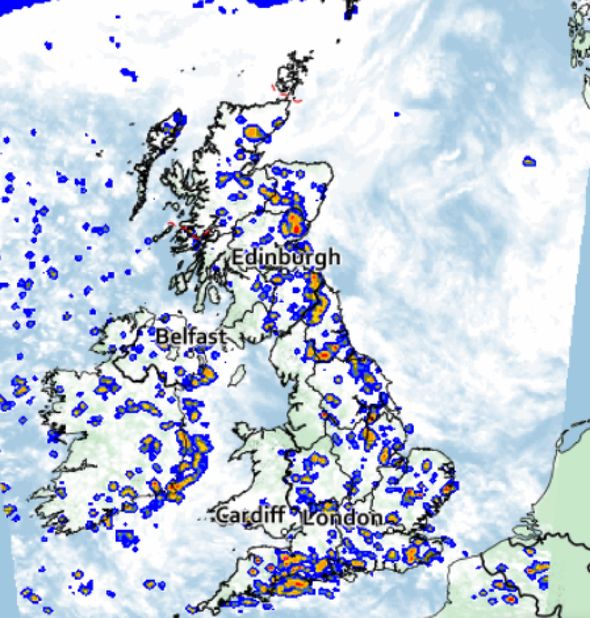 The Met Office long-range forecast from May 17 to May 26 warns it will “most likely be remaining unsettled throughout the period”, adding: “The north will perhaps see the best of any more settled weather, with the south most likely to see the bulk of showers and thunderstorms and any longer spells of more persistent rain.

“It’s likely to be breezy at times, especially around coastal areas in the south and west of the country.

“Temperatures will be near to or slightly below average, with the best of any warmer spells in the southeast, and with the formation of any overnight frosts becoming less likely.”

Tomorrow, when pubs and restaurants can reopen indoors in England, temperatures will range between 9C and 15C during the day. 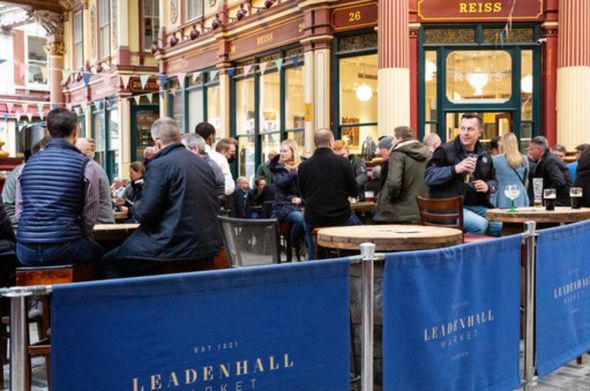 Met Office forecaster Steven Keates said it would be a day of sunshine and showers, adding: “It’s sunglasses one minute and umbrellas the next.”

He added there were likely to be heavy showers with a risk of thunderstorms “up and down the country”.

He continued: “So if you can go in, it might be the best option.”

Turning to the long-term, Mr Keates said there would be hope for drier weather as spring comes to an end.

He concluded: “There are hints, however, as we move towards the turn of the month into June of perhaps a bit of a dry trend.

“So some tentative glimmers of light at the end of the tunnel.”