High pressure from the British Overseas Territory in the North Atlantic Ocean has already brought sizzling temperatures across the whole country this week following long periods of rain. And there could be more to come, as Tony Zartman, a meteorologist at AccuWeather, has predicted further hot air from Bermuda will sweep across the UK this weekend too. He added this heat could send temperatures soaring to 30C in many regions from Monday, June 14, onwards.

He told Express.co.uk: “The warmer than normal weather this week was due to high pressure that stretched all of the way from Bermuda northeast into the UK.

“It does look to get very warm by later this weekend and Monday.

“Once again, high pressure will move from around Bermuda and build east-northeast across the Atlantic into the UK and France this weekend and into Monday.

“While it looks very warm and a few places reach 30C, most places over southern England look like they will remain below 30C in the 25-28C range.” 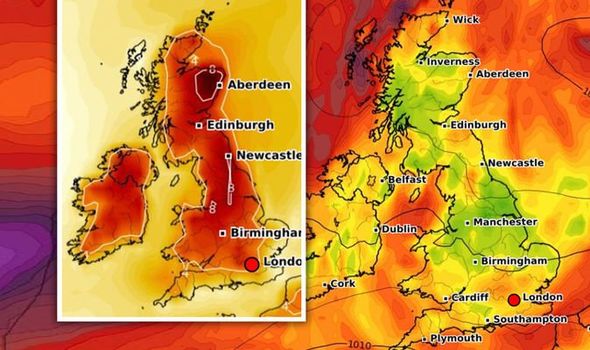 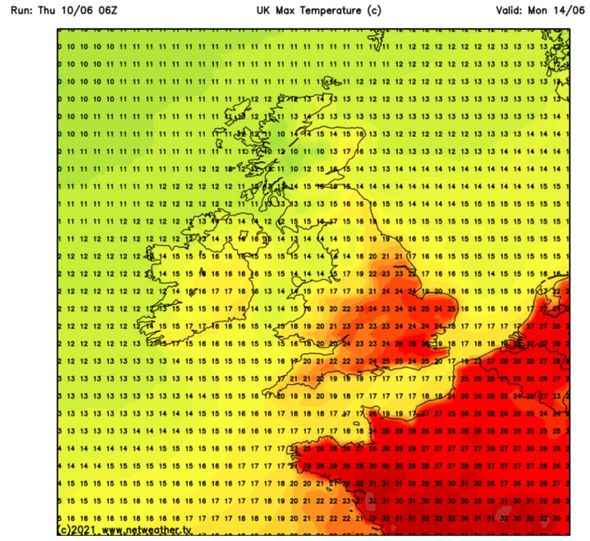 At the moment, the latest heat maps from NetWeather show temperatures nudging near 30C as they reach a sweltering 28C in London and Kent on Monday.

Essex, Southampton and Portsmouth could also bask in 25C on the same day, as the hot air lingers in the south and southeast of England.

But northern regions including Cumbria and Newcastle may be slightly cooler at 16C at the start of next week. 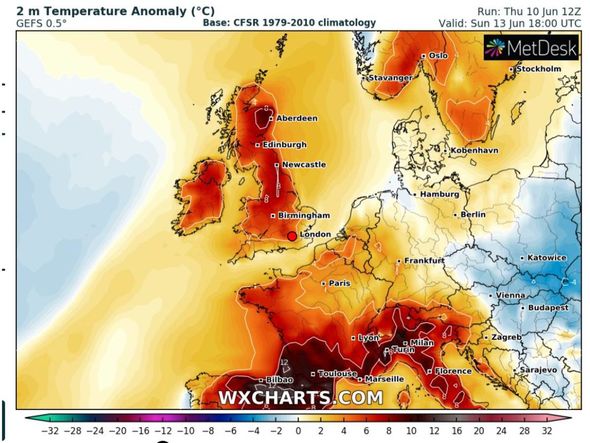 The forecast said: “The first half of June is shaping up to be largely dry and warm, contrary to some of the late-May forecasts.

“This is due to a stronger ridge of high pressure extending into central Europe from the Azores, feeding warmer tropical air into the UK.

“This weekend, high pressure looks like it will build more overhead, giving us a few warm, sunny, and largely dry days. 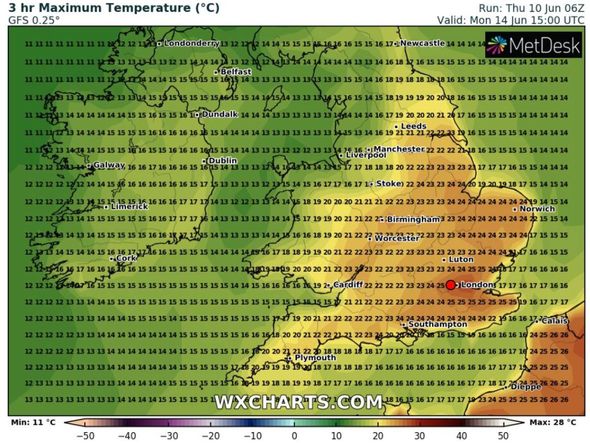 “Drier, warmer weather will likely persist into next week.”

The Met Office added a “very hot spell” could bake the nation during June, before cooler air returns.

The forecast between Tuesday, June 15, and Thursday, June 24, said: “High pressure across the majority of the UK looks set to bring a lot of dry and settled weather at first. 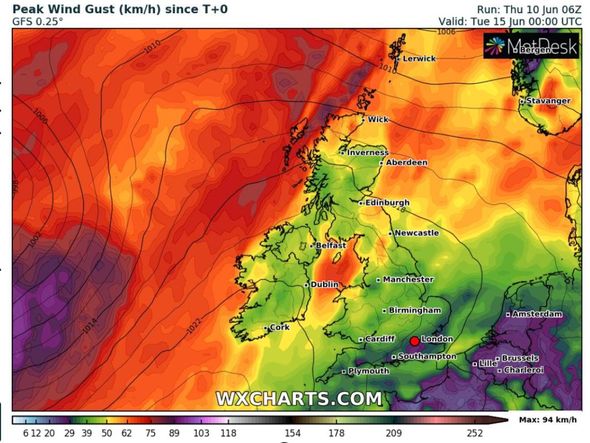 “However, further cloud and outbreaks of rain quickly arriving into the far west and northwest, associated with another spell of warmer air, will sweep southeast.

“This will introduce cooler and more showery conditions countrywide during the latter part of next week. There is a chance of a spell of very hot conditions.

“Thundery rain, arriving across the south mid-week, especially south-east before the cooler conditions arrive. Temperatures likely returning to near average by the end of the period.”