An official heatwave could hit the UK on Thursday, with some parts basking in temperatures hotter than parts of the Caribbean. Temperatures are expected to soar to 37C by the end of the week as hot air moves in from southern Europe.

The hot temperatures are expected to last the whole weekend through to Sunday.

Parts of the country will be basking in warmer conditions than popular holiday destinations such as Jamaica, Barbados and the Bahamas.

The high temperatures are expected to last from Thursday until Sunday, prompting the Met Office to issue a health alert.

Britain could pass the official threshold for a heatwave, which requires three days of temperatures over 25C (77F) across most of the nation and 28C (82.4F) in London. 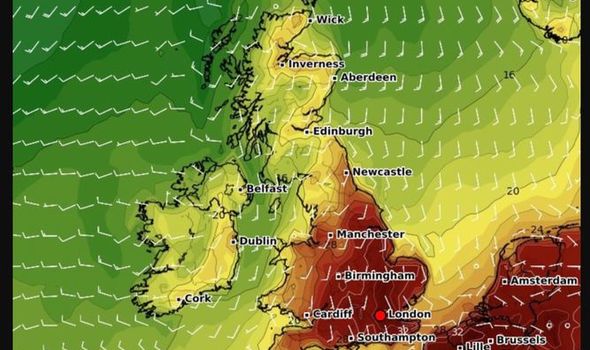 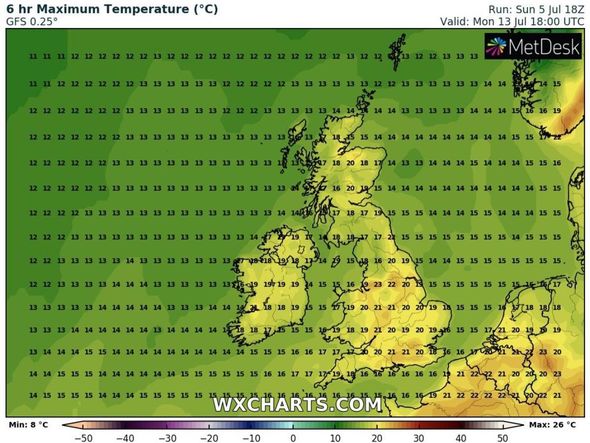 Forecasters have said London and the South East may see a record for the hottest temperature of the year so far on Friday.

This was also the UK’s third highest temperature ever recorded.

A health alert has been issued for the South East ahead of the high temperatures. 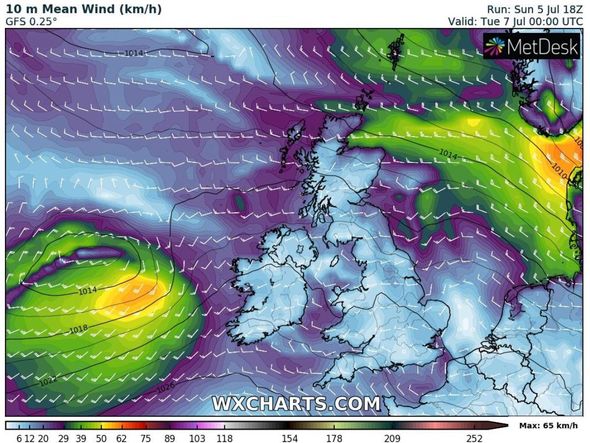 A level three warning is triggered when there is a 90 percent chance of heat-related health problems.

The warning will be in place from midday on Thursday until 9am on Sunday.

People are being advised to look out for others during the sweltering conditions, especially older people, children and babies, and those with underlying health conditions.

However, thundery showers and cooler conditions are expected to end the heatwave on Monday. 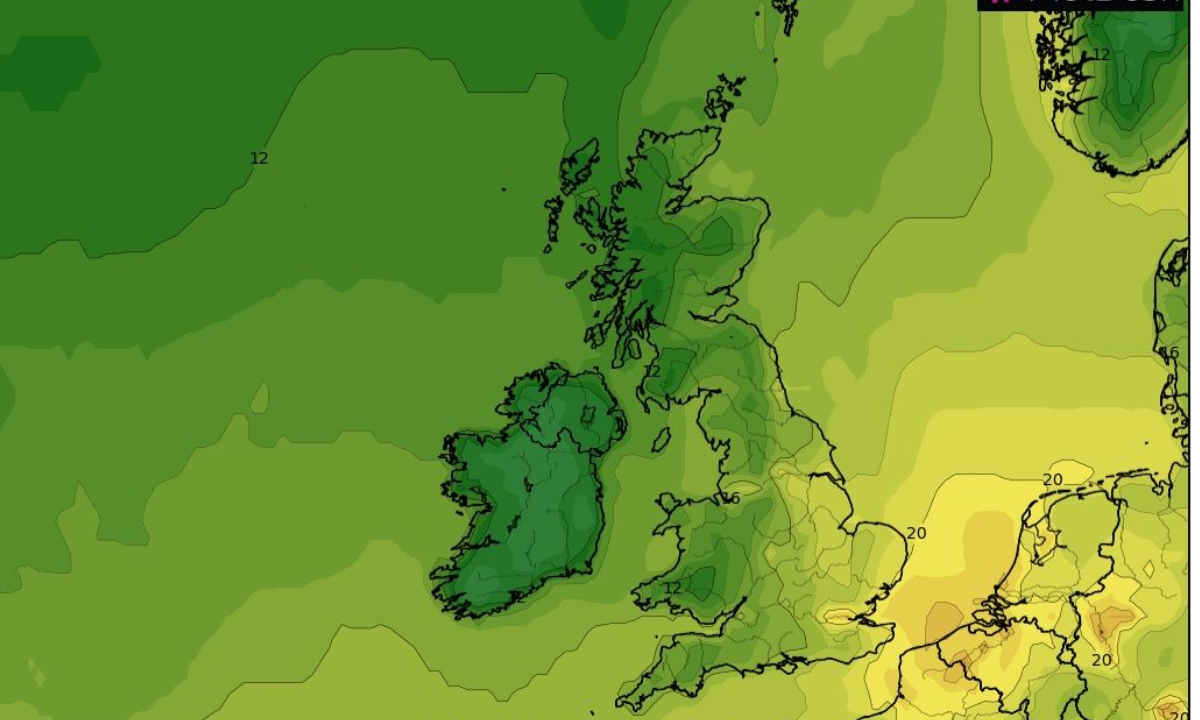 There will also be an increasing threat of thunderstorms and intensive downpours as the country pulls in the very warm continental air.

Met Office Chief Meteorologist Dan Suri said: “Most of us will see a spell of warm, summery weather later this week, with hot weather developing across southern parts of the UK.

“From Thursday temperatures will be in the low- to mid-20s Celsius for Northern Ireland, Scotland and north Wales and it’ll be much warmer across southern and central areas, with temperatures widely reaching 28-29 Celsius.

“It’ll be another hot day on Friday with temperatures widely reaching 30 Celsius, or higher, in central, southern and some northern parts of England.

“It is likely to be hotter still in southeast England where 34 to 37 Celsius is possible. Saturday will likely be another hot day for southern and central parts of the UK, with heatwave conditions possibly being met in parts of southeast England and East Anglia.”

Commenting on the hot weather later this week, Deputy Chief Meteorologist, David Oliver added: “Through the weekend there will be plenty of dry and sunny weather for most.

“The high temperatures could trigger some thunderstorms across parts of the UK by the beginning of next week, at the moment there is some uncertainty around the detail of any thundery showers so stay up to date with the latest Met Office forecast.” 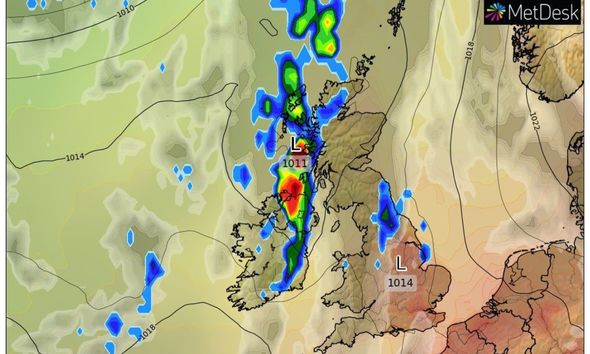 Thursday is expected to begin overcast for most of the country, but it will be a dry day for all.

When the sun starts to break through in the afternoon, temperatures could reach 30C (86F) in London.

Despite the high temperatures in the South East on Friday, rain is expected in the northwest of Scotland and Northern Ireland with highs of 22C (71.6F).