LONDON (Reuters) – The United Kingdom’s economy is crumbling under the strain of the coronavirus lockdown and government borrowing is soaring to the highest levels in peacetime history, increasing pressure on the government to set out an exit strategy. 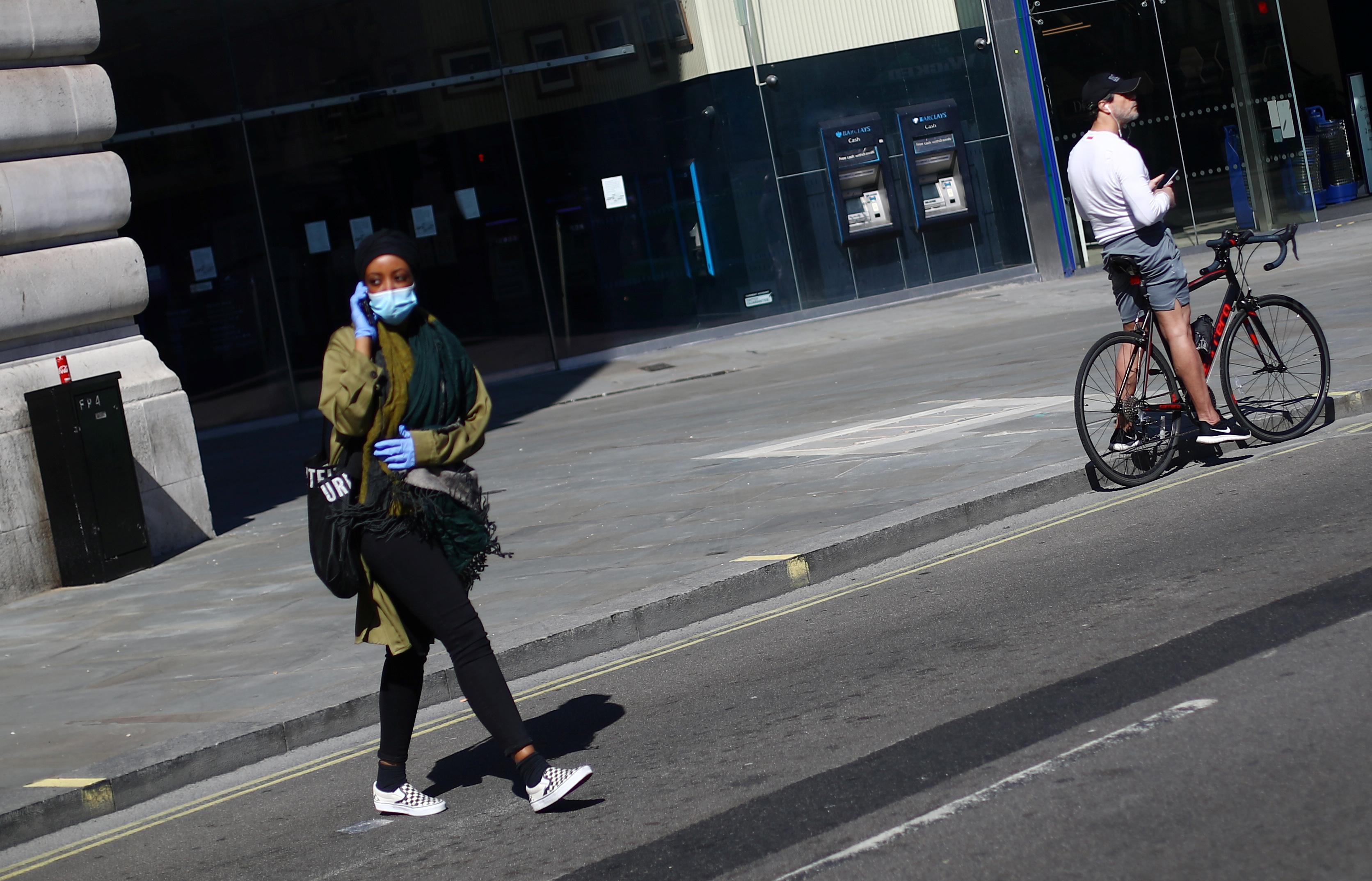 Prime Minister Boris Johnson, recuperating at his country residence after being seriously ill with COVID-19, is facing criticism from opposition politicians and some epidemiologists for reacting too slowly to the novel coronavirus outbreak.

Ministers are already struggling to explain high death rates, limited testing and shortages of protective kit, and the grim reality of the damage to the world’s fifth largest economy hit home on Thursday.

“We are experiencing an economic contraction that is faster and deeper than anything we have seen in the past century, or possibly several centuries,” Bank of England interest-rate setter Jan Vlieghe said.

The recovery, he said, was unlikely to be swift.

“The risks are that it will take longer and that it will look a little bit more like a U than a V,” Vlieghe said.

The IHS Markit/CIPS Flash UK Composite Purchasing Managers’ Index (PMI) fell to a new record low of 12.9 from 36.0 in March – not even close to the weakest forecast in a Reuters poll of economists that had pointed to a reading of 31.4.

The United Kingdom will issue 180 billion pounds ($222 billion) of government debt between May and July, more than it had previously planned for the entire financial year.

The government’s as yet unpublished strategy for unwinding from the lockdown is also under scrutiny. Deutsche Bank said the country’s limited testing capacity is a problem.

“The UK is lagging behind almost any medium to large economy globally when it comes to coronavirus tests,” Deutsche Bank’s Oliver Harvey said in a note to clients.

“This will materially impact the government’s ability to pursue a ‘test and trace’ approach when it comes to easing the lockdown.”

Health Secretary Matt Hancock has promised to get 100,000 people per day tested by the end of April, though just 22,814 tests were carried out on April 21 – the latest day for which data is publicly available.

Restrictions on everyday life are likely to be needed for the “next calendar year” due to the time needed to develop and roll out vaccines or find a cure, the government’s chief medical adviser, Chris Whitty, said on Wednesday.

Britain is in the fifth week of a lockdown that only allows people to leave home for essential work, food shopping, exercise and limited other reasons.

The lack of testing is not good enough, Northern Ireland Secretary Brandon Lewis said, although he added the authorities had done well to raise it to current levels.

“I think it’s dreadful we can’t get more people tested,” Lewis told ITV. “We are determined to deal with this.”

Deutsche Bank said that given the British population was supportive of the lockdown and very concerned by the outbreak, the government might find it hard to simply ease it with a Scandinavian herd-immunity style plan.

“The UK will be one of the laggards when it comes to either a lifting of the existing lockdown, or public buy-in when restrictions are eased,” Deutsche Bank’s Harvey said.

However, the BoE’s Vlieghe painted an more optimistic picture, saying Britain should recover the growth pattern it had before the coronavirus crisis once the pandemic passed.

“The economy’s potential is severely disrupted at the moment but, once the pandemic is over, and other things equal, in principle it should return approximately to the pre-virus trajectory,” he said.