NEW YORK (Reuters) – U.N. Secretary-General Antonio Guterres said on Thursday the coronavirus could give some countries an excuse to adopt repressive measures for reasons unrelated to the pandemic as he warned that the outbreak risks becoming a human rights crisis. 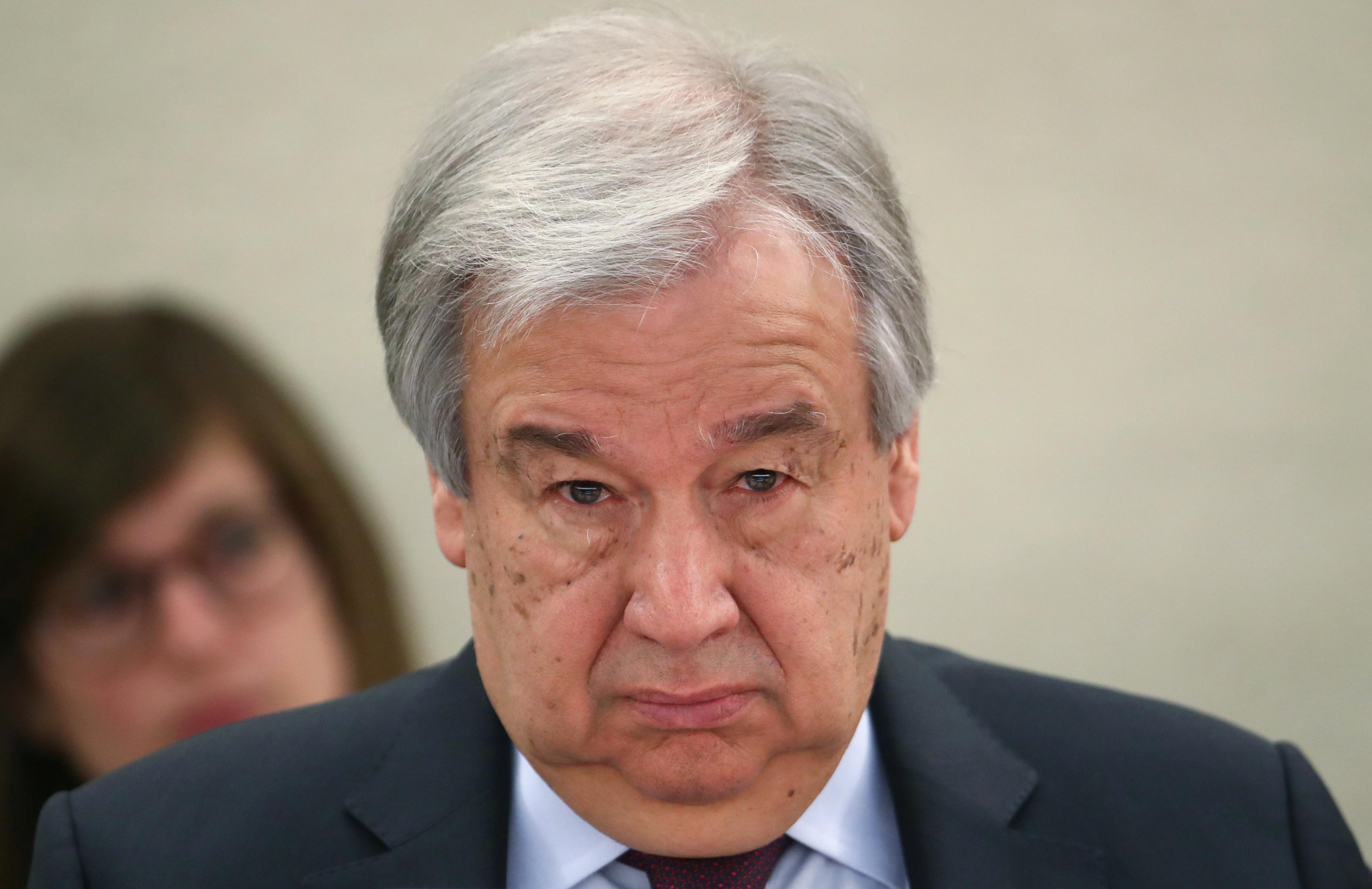 Guterres released a U.N. report highlighting how human rights should guide the response and recovery to the health, social and economic crisis gripping the world. He added that while the virus does not discriminate, its impacts do.

The new coronavirus, which causes the respiratory illness COVID-19, has so far infected some 2.57 million globally and 178,574 people have died, according to a Reuters tally. The virus first emerged in the Chinese city of Wuhan late last year.

“We see the disproportionate effects on certain communities, the rise of hate speech, the targeting of vulnerable groups, and the risks of heavy-handed security responses undermining the health response,” Guterres said.

The U.N. report said migrants, refugees and internally displaced people are particularly vulnerable. It said more than 131 countries have closed their borders, with only 30 allowing exemptions for asylum-seekers.

“Against the background of rising ethno-nationalism, populism, authoritarianism and a pushback against human rights in some countries, the crisis can provide a pretext to adopt repressive measures for purposes unrelated to the pandemic,” he said. “This is unacceptable.”

The United Nations did not give any specific examples of such measures.

Guterres called on governments to be transparent, responsive and accountable and stressed that civic space and press freedom were “critical.” He said: “The best response is one that responds proportionately to immediate threats while protecting human rights and the rule of law.”

With businesses shut down and hundreds of millions of people told to stay home to avoid spreading the virus, the International Monetary Fund has predicted the world will suffer its steepest downturn since the Great Depression of the 1930s.

The U.N. report said the pandemic was creating further hardship that “if not mitigated, will raise tension and could provoke civil unrest,” adding that this could then spark a heavy-handed security response.

“In all we do, let’s never forget: The threat is the virus, not people,” Guterres said.