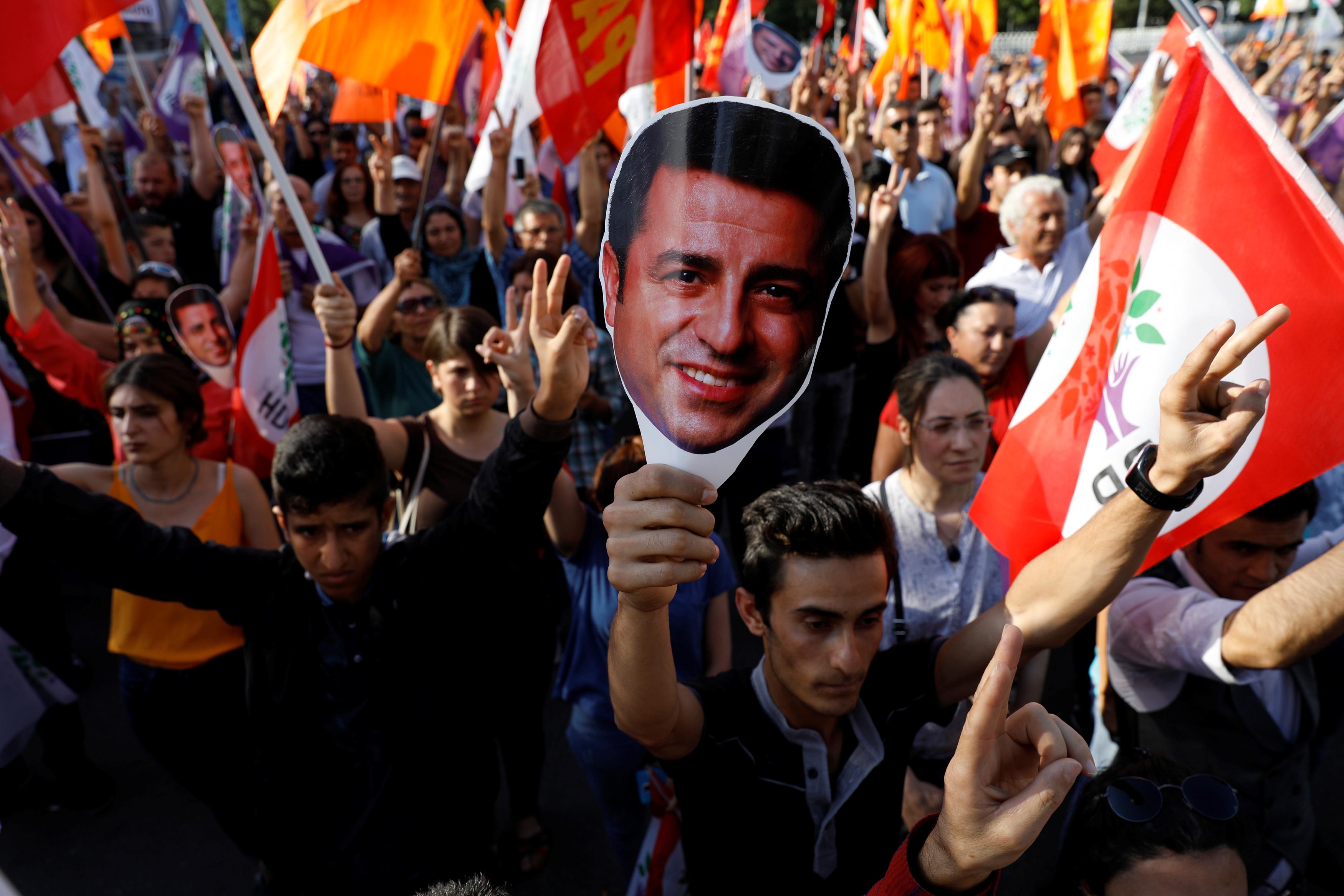 ISTANBUL (Reuters) – Turkey’s Constitutional Court has ruled that the lengthy jailing of a former head of Turkey’s main pro-Kurdish party violated his rights, a decision published on Friday showed.

Selahattin Demirtas, one of Turkey’s best known politicians, has been in jail since November 2016 on terrorism-related charges. He faces a sentence of up to 142 years in jail if found guilty in the main case against him.

The court’s decision, published in Turkey’s Official Gazette, said his detention had exceeded a reasonable period and his right to freedom had been violated, ordering the payment of compensation.

It was not immediately clear whether the ruling could lead to his release.

A court ruled last September that Demirtas should be released while his main trial continues. The Constitutional Court ruling concerns the detention for this period.

However, prosecutors then launched a new investigation into him and requested his detention again after a court lifted his arrest warrant. Demirtas denies the charges against him.

The party which he led before he was jailed is the Peoples’ Democratic Party (HDP), the second-largest opposition party in Turkey’s parliament.

Ankara accuses the HDP of links to the outlawed Kurdistan Workers Party (PKK), which has waged a decades-long insurgency against the Turkish state and which is designated a terrorist group by Turkey, the United States and European Union.

The HDP denies such links.