Trump remained defensive about the intelligence, dismissing stories about it as ‘Fake News’ made up to ‘damage me’. 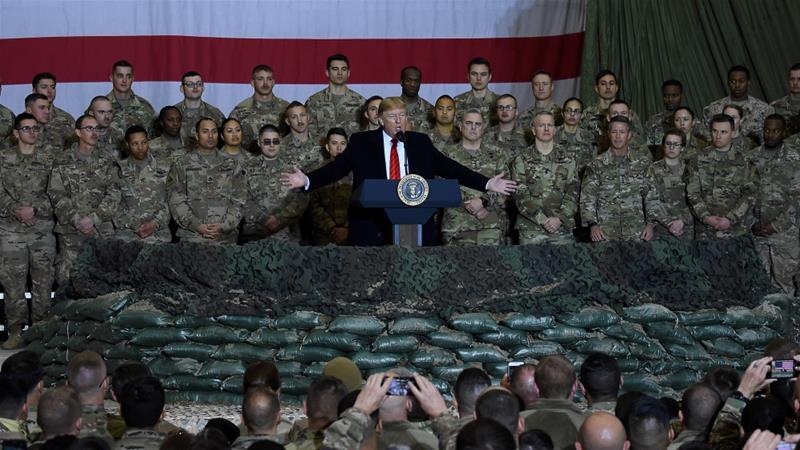 The Trump administration has stepped up the defence of its response to intelligence assessments that suggested Russia had offered bounties for killing US troops in Afghanistan, with the president’s national security adviser saying on Wednesday that he had prepared a list of retaliatory options if the intelligence had been corroborated.

President Donald Trump continued to play down the assessments, and has insisted he was not briefed on the matter because the intelligence did not rise to his level.

“Many of the intelligence people didn’t think it was something that even happened,” Trump said in an interview with Fox Business Network. “This was something that never got presented to me … because it didn’t rise to that level.”

Pompeo added that Russian activity in Afghanistan is nothing new and that Russia is just one of many nations acting there. He said Congress has had similar information in the past, and that he often receives threat assessments that do not rise to the level of a presidential briefing.

The comments from administration officials come as Trump is coming under increasing pressure from legislators of both parties to provide more answers about the intelligence and the US response or lack of one. Democrats, who were briefed at the White House on Tuesday, suggested Trump was bowing to Russian President Vladimir Putin at the risk of US soldiers’ lives.

Trump remained defensive about the intelligence, dismissing stories about it as “Fake News” made up to “damage me and the Republican Party”.

The intelligence community has been investigating an April 2019 attack on an American convoy that killed three US Marines when a car rigged with explosives detonated near their armoured vehicles as they travelled back to Bagram Airfield.