WASHINGTON (Reuters) – President Donald Trump said on Tuesday he would halt funding to the World Health Organization over its handling of the coronavirus pandemic while his administration reviews its response to the global crisis.

Trump told a White House news conference the WHO had “failed in its basic duty and it must be held accountable.” He said the group had promoted China’s “disinformation” about the virus that likely led to a wider outbreak of the virus than otherwise would have occurred.

The United States is the biggest overall donor to the Geneva-based WHO, contributing more than $400 million in 2019, roughly 15% of its budget.

The hold on funding was expected. Trump has been increasingly critical of the organization as the global health crisis has continued, and he has reacted angrily to criticism of his administration’s response.

Trump went ahead with his announcement, which drew immediate condemnation, despite significant pushback within his administration, especially from top health advisers, a U.S. official told Reuters.

The official, speaking on condition of anonymity, did not name names. But opposition was apparently based in part on concern about undermining international cooperation in the fight against the virus.

The World Health Organization is a U.N. specialized agency – an independent international body that works with the United Nations. U.N. Secretary-General Antonio Guterres said on Tuesday it was “not the time” to reduce resources for the body.

“Now is the time for unity and for the international community to work together in solidarity to stop this virus and its shattering consequences,” he said.

American Medical Association President Dr. Patrice Harris called it “a dangerous step in the wrong direction that will not make defeating COVID-19 easier” and urged Trump to reconsider.

“The coronavirus cannot just be defeated here in the United States, it has to be defeated in every conceivable location throughout the world,” she said in a statement.

The Republican president recently accused the WHO of being too lenient with China in the earliest days of the crisis, despite having himself praised China in January for its response and transparency.

Trump has made frequent use of scapegoats during his short political career. He often lashes out at the media, Democrats, or others when he feels attacked or under pressure.

Trump said the WHO failed to investigate credible reports from sources in China’s Wuhan province that conflicted with Beijing’s accounts about the coronavirus’ spread and “parroted and publicly endorsed” the idea that human to human transmission was not happening.

“Had the WHO done its job to get medical experts into China to objectively assess the situation on the ground and to call out China’s lack of transparency, the outbreak could have been contained … with very little death,” Trump said.

Trump said the U.S. review of the WHO’s role “in severely mismanaging and covering up the spread of the coronavirus” was likely to take 60-90 days.

The U.S. death toll from COVID-19, the highly contagious respiratory illness caused by the virus, topped 25,700 on Tuesday, out of more than 600,000 known U.S. infections, according to a running Reuters tally.

Millions of Americans have lost their jobs, and the U.S. economy has been crippled as citizens have stayed home and businesses closed, casting a shadow over Trump’s hopes of being re-elected in November.

The WHO has been appealing for more than $1 billion to fund operations against the pandemic. The agency needs more resources than ever as it leads the global response against the disease.

Dr. Amesh Adalja, a senior scholar at the Johns Hopkins University Center for Health Security, said the WHO does make mistakes and may need reform, but that work needs to take place after the current crisis has passed.

“It’s not the middle of a pandemic that you do this type of thing,” he said.

Adalja said the WHO collects information about where the virus is active in every county in the world, which the United States needs to help guide decisions about when to open borders.

Trump said Washington would discuss with global health partners what it will do with the millions of dollars that would normally go to the WHO and said the United States would continue to engage with the organization. 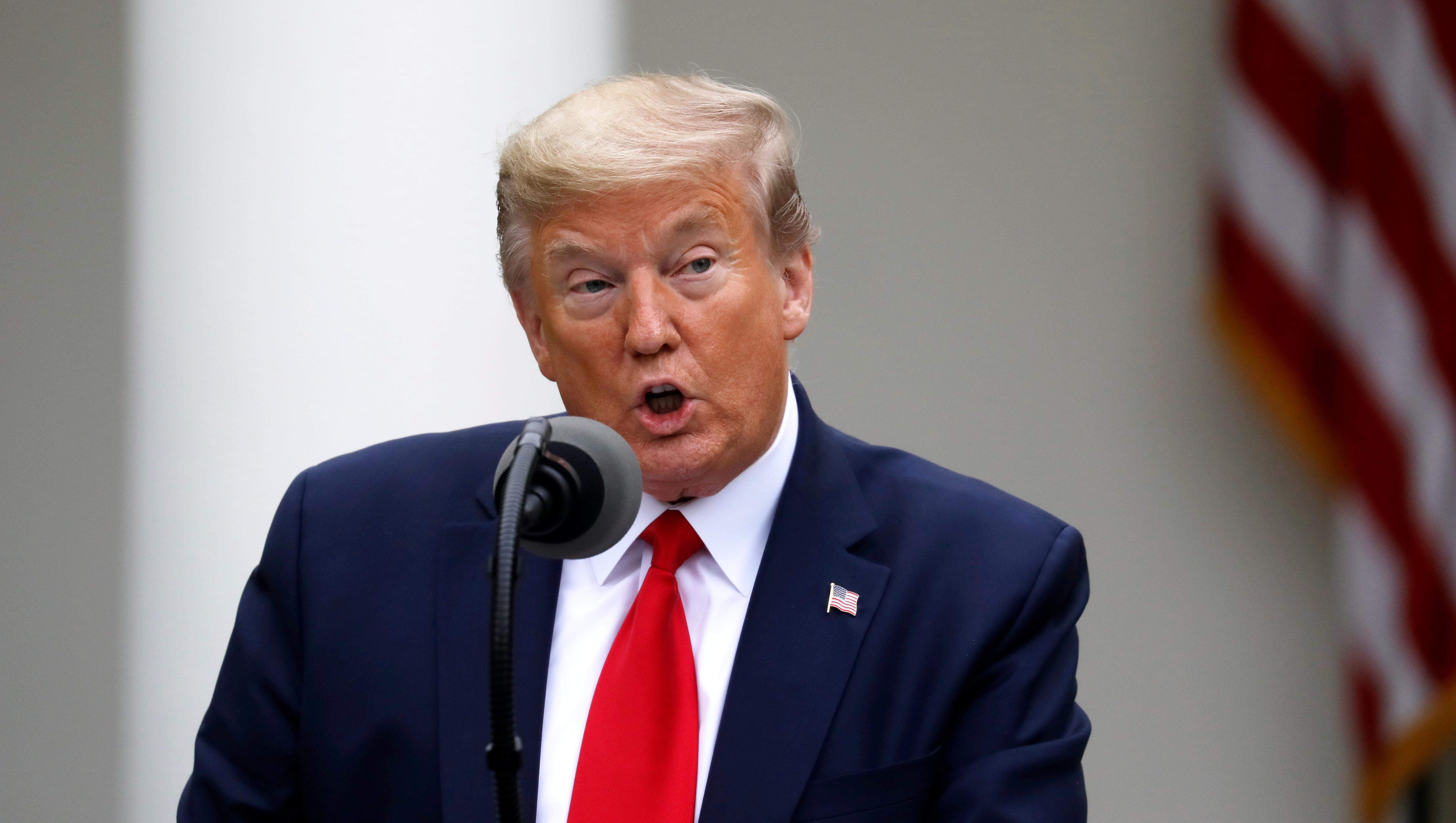 Trump has long questioned the value of the United Nations and scorned the importance of multilateralism as he focuses on an “America First” agenda. Since taking office, Trump has quit the U.N. Human Rights Council, the U.N. cultural agency UNESCO, a global accord to tackle climate change and the Iran nuclear deal.

Under the WHO’s 2018-19 biennium budget, the United States was required to pay $237 million – known as an assessed contribution, which is appropriated by Congress – and also made some $656 million in voluntary contributions that were tied to specific programs.

Voluntary U.S. funding for the WHO has been used to address such health issues as polio eradication, vaccines, combat HIV, hepatitis and tuberculosis and the health of women, newborns and children.