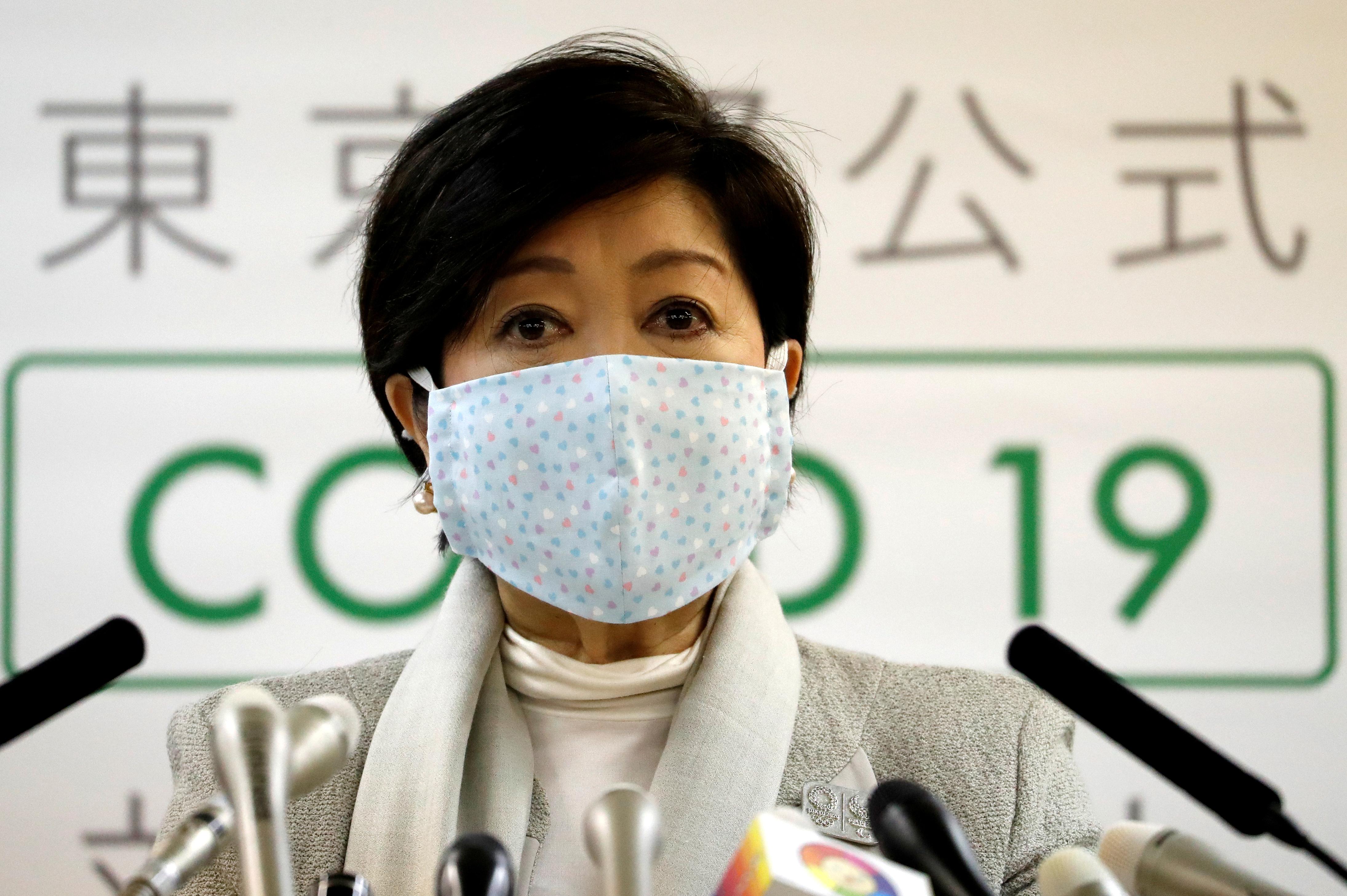 TOKYO (Reuters) – Tokyo Governor Yuriko Koike’s entreaty to residents to keep away from each other to halt the spread of the coronavirus has inspired a computer game of her navigating through crowds while uttering her daily “mitsudesu” call for social distancing.

Many major cities, including New York and London have locked down their residents and forced bars and restaurants to close with threats of fines.

But the Japanese government’s state of emergency is more permissive, a the governor of the world’s biggest metropolis, with 36 million people, can only request residents to stay home and ask businesses shutter temporarily.

While many have done so, some bars, some restaurants and cafes remain open, with many of the city’s streets far from empty.

A former TV announcer and government minister, who studied Arabic in Egypt, Koike has clashed with Prime Minister Shinzo Abe’s government over the scope of measures needed to keep residents at home.

At daily briefings, she wears a face mask while urging people to keep a distance from others, avoid crowds and enclosed spaces. There are more than more than 11,000 cases in Japan of which more than a quarter are in Tokyo.

The game published by twitter user, Gunjo Chikin, includes a character resembling Abe who provides two face masks to Koike as her social distancing circle expands as she moves to harder levels. Critics have accused Abe of reacting to slowly to the pandemic, and some have ridiculed his plan to send two cloth face masks to every household in Japan.

Gunjo Chikin, who in a tweet on Sunday said Twitter had blocked access to the game site, did not immediately respond to a request for comment. A tweeted Google analytics page showed there had been more than a million views of the page in the past seven days.

An electro-pop song chanting Koike’s “mitsudesu” message has also been posted on Twitter, and has garnered 300,000 views.