Africa had not seen the early significant spikes in COVID-19 cases compared to the likes of Asia, North America and Europe. But there has now been a sudden rise to 30,000 infections and a similar increase in deaths to 1,374. This has intensified fears among health experts the disease is about to take off in a continent ravaged by killer infections over recent years. The World Health Organisation (WHO) has also warned of 10 million cases throughout Africa in 3-6 months in a worse-case scenario.

Matshidiso Moeti, director of WHO’s Africa region, said: “We are concerned that the virus continues to spread geographically, within countries.

“The numbers continue to increase every day.”

The Africa Centres for Disease Control and Prevention has said there have been more than 30,000 confirmed cases of COVID-19 in the 54 countries across the continent, with 1,374 deaths.

South Africa leads the way on coronavirus cases with 4,361 infections and are conducting up to 10,000 tests each day in a bid to contain the rapid spread of the virus. 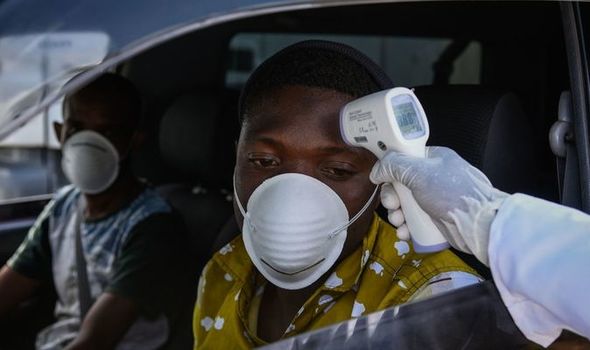 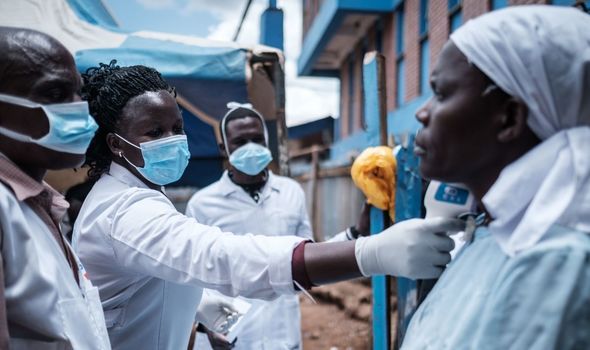 The number of confirmed cases in the country is followed closely by three others in North Africa: Egypt (4,319 cases); Morocco (3,897 cases) and Algeria (3,256 cases).

Only two African countries have not reported any coronavirus infections – the kingdom of Lesotho in southern Africa and Comoros, the small Indian Ocean islands.

The tiny country of Djibouti has recorded 98.6 cases per 100,000 people – the highest prevalence in Africa.

But it has conducted 10,000 tests so far – as many as nearby Ethiopia, which has a huge population of more than 100 million. 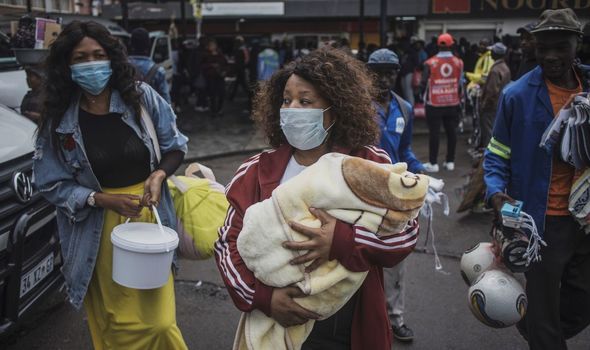 Social distancing measures have been difficult to enforce in Africa as they are not always practical because of so many dense and poor neighbourhoods.

He said in a televised address to the nation: “We cannot take action today that we will deeply regret tomorrow but our people need to eat. They need to earn a living.” 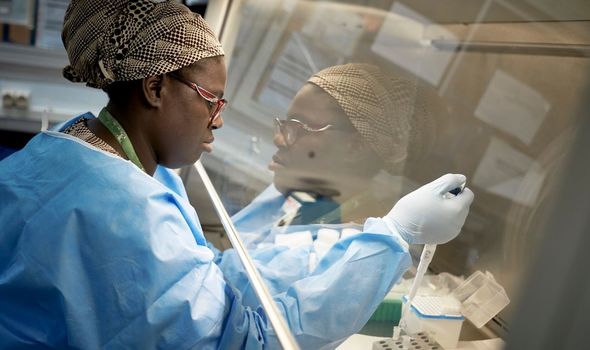 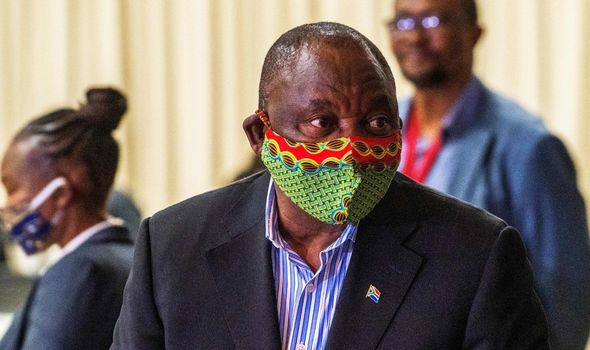 There are growing fears that a new surge of infections could inflict chaos throughout the continent with winter on the way.

Africa is attempting to ramp up its testing strategy in the hope this will allow the continent to reduce lockdown measures so people can continue to earn a living.

“It is an uphill battle to build health systems while you need them. That is what we are actually doing now.

“We are playing catch-up and that is a very, very tough thing to do.”

Over the past two months, less than half-a-billion tests have been conducted on the huge population of 1.3 billion.

The UN has warned 74 million test kits and 30,000 ventilators would be needed by the continent.