BELGRADE (Reuters) – Serbian police fired tear gas at protesters after being pelted with flares and stones on Wednesday as thousands protested in front of the Belgrade parliament despite warnings such gatherings could spread coronavirus infections. 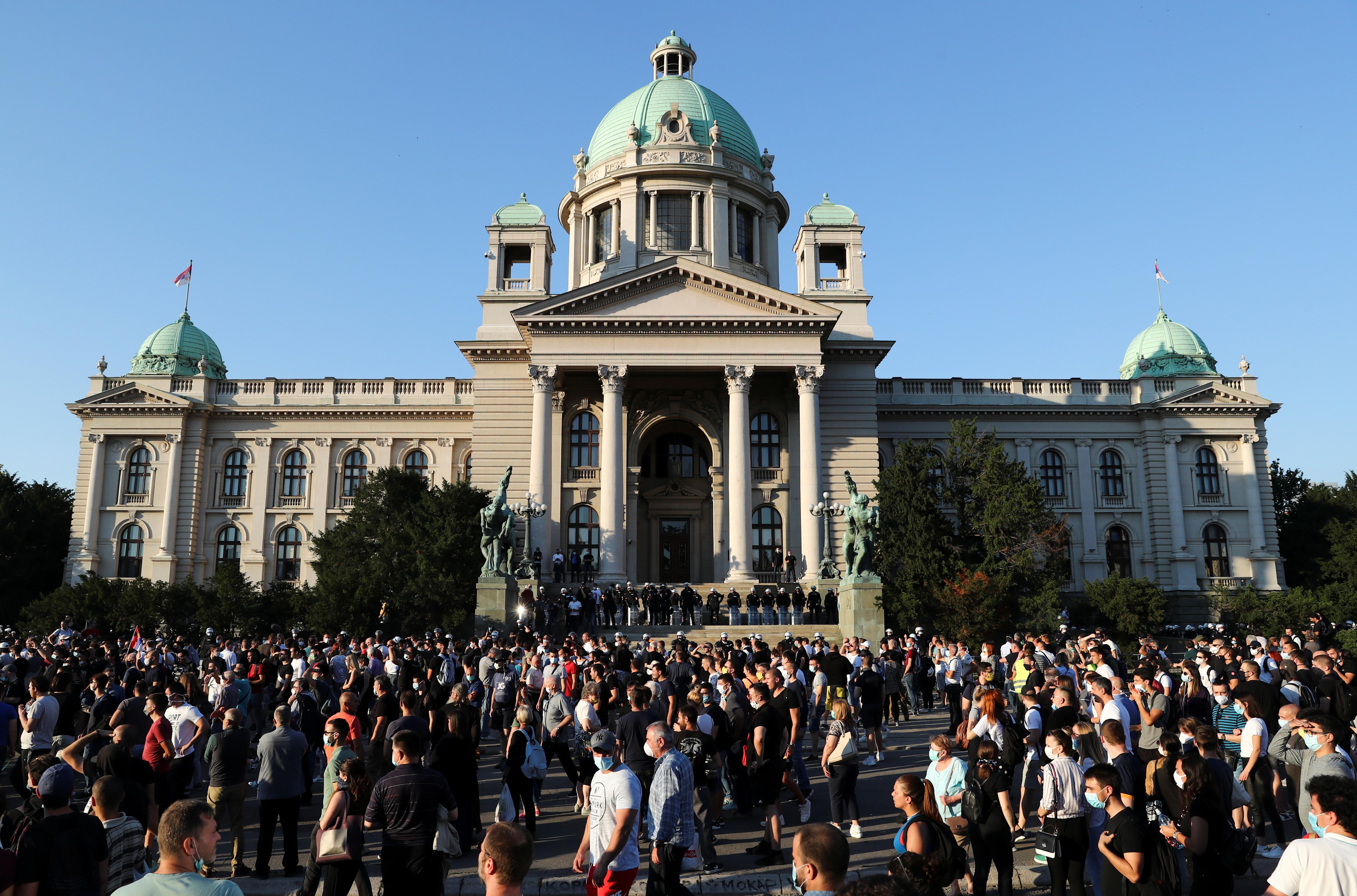 The evening before, violence erupted when a crowd stormed parliament in protest at plans to reimpose a lockdown following a new spike in COVID-19 cases. Forty-three police officers and 17 protesters were injured and there were 23 arrests.

Hours before Wednesday’s protest, President Aleksandar Vucic called on people to stop attending anti-government rallies to avoid a further spread of the coronavirus, warning there were no beds left in hospitals.

“There are no free beds in our hospitals. We will open new hospitals,” he said in an address to the nation. He accused far-right groups and unspecified regional “intelligence officials” of orchestrating riots to “undermine Serbia’s position”.

Most of the protesters on Wednesday evening wore face masks, blew whistles and shouted “Vucic leave!” as they faced off with riot police guarding the parliament complex. Some threw stones and flares at police who responded with volleys of tear gas.

Protesters also skirmished with police in the northern city of Novi Sad.

Although he had on Tuesday said a new lockdown would be imposed in Belgrade this weekend, Vucic said on Wednesday he had ultimately advised the government and health authorities not to introduce it. The government will announce a new set of restrictive measures on Thursday, he said.

Serbia, a country of 7 million, has reported 17,076 COVID-19 cases and 341 deaths. Health authorities say hospitals are running at full capacity and staff are exhausted. The number of new infections rose to 357 on Wednesday from 299 on Tuesday.

Critics say the government’s decisions to allow soccer matches, religious festivities, parties and private gatherings to resume, and parliamentary elections to go ahead on June 21, are to blame for the new surge in infections.

The government blames a lack of sanitary discipline among the public, especially in nightclubs.