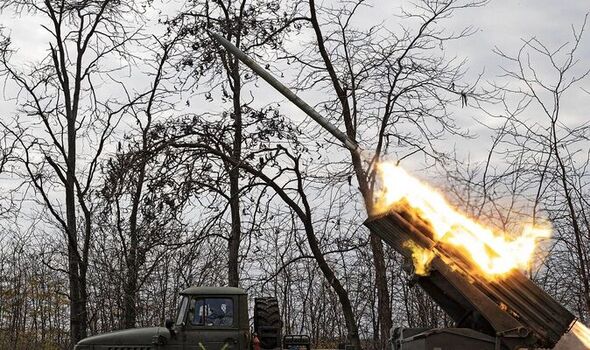 Separately, the State Department admitted Russia is looking to escalate the conflict. Sources suggest the move by Washington is designed to ensure Kyiv maintains the backing of other nations.

Ukraine’s President Volodymyr Zelensky’s ban on talks with Russia’s President Vladimir Putin has generated concern in parts of Europe, Africa and Latin America, where the war’s effects on costs of food and fuel are felt most sharply, The Washington Post said.

“Ukraine fatigue is a real thing for some of our partners,” an unnamed US official was quoted as saying.

Mr Zelensky has said he will only negotiate with Moscow once Putin has stepped down.

He signed a decree last month refusing any negotiations after the Russian parliament ratified the annexation of Ukraine’s Donetsk, Kherson, Luhansk and Zaporizhzhia regions.

Putin took the step following a series of what Russia claimed were “referendums”.

The ballots were condemned by the international community, with European nations, plus the US, branding them a “sham”.

Huseyin Bagci, director of the Turkish Foreign Policy Institute, said Mr Zelensky’s move “blocked the path for a dialogue and made it impossible for Turkey to continue mediating efforts for resolving the conflict in the foreseeable future”.

He added: “This is a deadlock. Conducting further mediation requires willpower, but judging by the statements being made, this is not the case. The situation may get worse.”

Om Sunday night, Ukrainian forces were closing in on Russian-controlled Kherson city – the only provincial capital seized by Moscow since it invaded Ukraine in February.