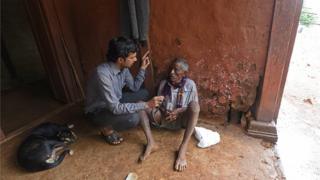 When a group of villagers in India’s West Bengal state recently insisted that they would hold prayers in their local mosque in violation of social distancing rules amid the coronavirus pandemic, Mohammed Nizamuddin sprung into action.

It helped that locals trusted Mr Nizamuddin. They called their wiry 54-year-old neighbour “doctor” and visited him for treatment and medicines whenever they fell sick.

Except Mr Nizamuddin is not a qualified doctor.

He is one of the state’s estimated 100,000 informal rural health care providers. These unqualified doctors provide the first line of healthcare in tens of thousands of Indian villages.

Often derisively described as “quacks”, informal health care providers are typically male and in their forties, having spent a decade or more assisting qualified doctors before starting their own rural clinics. They also outnumber qualified doctors in India’s heartland, where health care is spotty.

Short of surgical operations – although they give jabs and stitch up wounds – they provide medical care and refer patients, in case they feel they require more care. Some states like West Bengal have taken steps to train thousands of such informal providers.

They operate much like the “non-physician clinicians” in Africa – most rural healthcare in Kenya, for example, is delivered by nurses and clinical officers. They are also allowed to prescribe a wide range of medicines.

Back in his village in Birbhum district, Mr Nizamuddin dissuaded his neighbours not to hold prayers inside the mosque.

“There was a lot of pressure. I explained why it was wrong for public health. They listened and finally decided to hold smaller congregations in a number of open places,” Mr Nizamuddin told me.

When the lockdown to prevent the spread of infection began at the end of March, Mr Nizamuddin shut his poky clinic that abuts his home in Birbhum district.

But he was forced to reopen it after three days when he was besieged by calls from scores of villagers seeking treatment and medicines.

Villagers usually come to him with stomach ailments, asthma, lung disease flu and minor injuries. To treat them Mr Nizamuddin keeps a stock of basic pills and injections, nebulisers, gauze and bandage.

These days, he also checks every patient coming to treatment at his clinic for influenza and respiratory infections.

If any patient shows symptoms, he keys in their details on a Coved-19 surveillance app on his mobile phone. The information on the app is relayed to health officials in the capital city of Kolkata, some 200km (120 miles) away.

Mr Nizamuddin also tells all his patients, mostly farm workers, to wear masks and wash their hands regularly. “With the onset of the monsoons, I see a lot of flu patients anyway. So I have to be vigilant,” he told me.

Subrata Mandal, another informal provider who lives a few miles away, is similarly at the front lines of surveillance against Covid-19 in a cluster of eight villages.

After a 35-year-old resident tested positive after returning from work in Mumbai, Mr Mandal arranged to have him quarantined. Along with 70 other similar practitioners, he then went door-to-door in two dozen villages, handing out masks and sanitisers and telling people to stay safe. They also recorded a cassette of coronavirus-related information and played it loudly from mobile vans which travelled to all the villages.

“We cannot let our guard down,” says Mr Mondal, 49, who discontinued his studies after high school and worked with a doctor before starting his own clinic 12 years ago.

India spends a paltry 1.28% of its GDP on public health, one of the lowest in the world. One reason why these informal providers flourish in India is because there are too few qualified doctors working in villages.

“They are not fly-by-night operators but trusted members of the community they serve,” says Jishnu Das, a professor of economics at Georgetown University.

In some states, researchers found, they are actually medically “more knowledgeable” than qualified doctors, a reflection of the uneven medical training across states in India.

“If informal providers are counted as primary care providers, there is really no shortage of human resources – India will then actually have more health care providers per inhabitant than in rural Europe or US,” says Prof Das.

After the outbreak of the pandemic, informal providers are playing a crucial role in community surveillance, reporting fever and influenza cases, and even getting people to testing centres.

One way to make these providers more useful is to give them more training.

A 2016 study by a group of researchers, including Nobel Prize winning economist Abhijit Banerjee, found that although qualified doctors were more likely to correctly manage a case than untrained informal providers, “training closed half the gap in correct case management”. A national grouping of licensed doctors has consistently maintained the work of informal providers is “illegal”.

Since 2008, a Kolkata-based non-profit called Liver Foundation has been training these providers. Abhijit Chowdhury, who runs the non-profit, says in many ways, he owes his life to informal providers.

“Some 45 years ago, I was bitten by a snake in my village home at night. The nearest city was 10km (6.2 miles) away. There was only one telephone in the village,” he told me.

“My family called in the local “quack”. He came promptly, cleaned the wound, gave me an anti-allergic pill, called in the ambulance and took me to the hospital.”

“In a way, he saved my life that night.”