Among the first in the country to go into Covid-19 lockdown, the city has also experienced the effects of protests and wildfires. It has been vertiginous for a dining community shaped by prosperity. 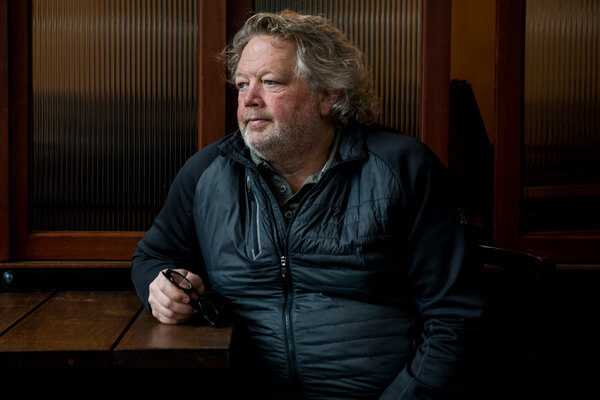 “We were having a really good start of February,” said the veteran Seattle chef and restaurateur.

He was set to sign a lease on a new space late in the month, which would have been his 14th restaurant overall. Mr. Douglas and his partners also own concession and catering businesses, a line of spices and sauces, and a cooking school.

At 62, Mr. Douglas, who opened his first restaurant, Dahlia Lounge, in 1989, is an elder member of a generation of Seattle chefs and restaurateurs that has become accustomed to growth. Spurred by the success of homegrown companies like Boeing, Microsoft and especially Amazon, the city’s restaurant scene blossomed in the last decade.

Experienced operators like Mr. Douglas, Ethan Stowell and Renee Erickson expanded in a boom economy. At the same time, a rising generation of chefs, including Mutsuko Soma, Edouardo Jordan and the married team of Rachel Yang and Seif Chirchi, launched their own careers, drawing attention to the city’s diversity and creative energy — both of which were underappreciated outside the Pacific Northwest.

The narrative changed abruptly on Feb. 29, when news broke of the first reported Covid-19 death in the U.S., at a nursing home in a Seattle suburb. Suddenly, the city was on the front lines of a pandemic that would send into free fall a restaurant economy that had been shaped by remarkable prosperity.

“My restaurants that had been doing a couple hundred covers a night went to eight to 10 covers a night,” recalled Mr. Douglas. “It just kept getting worse.” 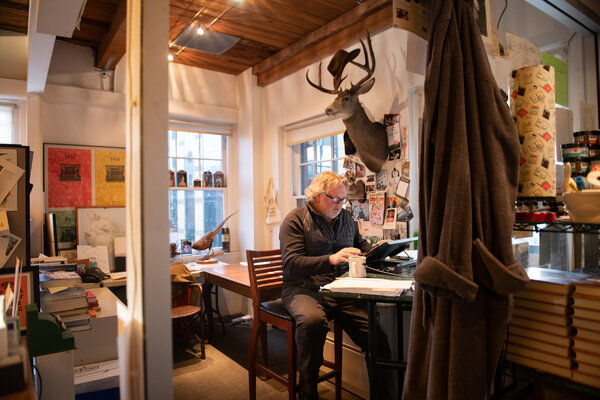 Mr. Douglas announced soon after that he would close 12 of his 13 restaurants, becoming the first high-profile industry figure in the country to take such drastic action.

Within days, Gov. Jay Inslee of Washington ordered all of the state’s restaurants to close their dining rooms. Mr. Douglas laid off nearly his entire staff, which shrank from 860 employees to 14.

“I could see very early that this wasn’t sustainable,” he said. Only two of the 13 restaurants he closed in March are open today.

Mr. Douglas’s announcement signaled the start of an existential crisis that spread across the country’s dining industry. Within weeks, eight million restaurant employees nationwide were either laid off or furloughed, according to the National Restaurant Association.

But the pain felt by restaurant professionals has been particularly acute in this early epicenter of the pandemic.

The coronavirus outbreak was preceded by trouble at Boeing, Washington’s largest private employer, and followed by protests for racial justice and police reform that culminated with the “Capitol Hill Autonomous Zone,” an area of a Seattle neighborhood taken over by protesters following conflicts with law enforcement in June.

“People ask, ‘Why don’t you take the boards off the windows?’” said Jean Nakayama, the owner of Maneki, Seattle’s oldest Japanese restaurant. Her response: “Let’s wait until after the election to see what happens.”

The coronavirus restaurant “pivot” was arguably invented here, when the owners of Canlis, known for its tasting menu and wine service, made public their plans to shut down the restaurant — and open a drive-through burger joint, a pop-up bagel shop and home delivery service in its place.

“I can’t tell you how long ago that feels,” said Mark Canlis, who owns Canlis with his brother Brian.

Mr. Canlis, 46, stood in the small office in his family’s landmark restaurant on Lake Union as he recounted the 10 different schemes — from community-supported agriculture boxes to livestream bingo — launched at Canlis since spring.

The temporary businesses are why the restaurant has the same number of employees, 115, as it did before the pandemic, Mr. Canlis said, although all of the ventures “bled money.” The ninth idea, an outdoor crab shack, might have been the exception, he said, “but the state caught on fire and we had to shut down for smoke.”

Locals say a version of this do-or-die mentality has existed here for years.

The rush to build housing to accommodate the thousands of new, mostly well-paid workers drawn by local tech companies has not kept up with demand. This helped cause housing costs to spike by about 50 percent since 2014, according to Jeff Tucker, an economist at Zillow, an online real-estate company based in Seattle.

While independent restaurant owners say market rates for the lowest-paid jobs exceed the city-mandated minimum wage of $15 per hour, Mr. Tucker said that’s still not enough to compete for housing with tech workers. “They’re squeezing out the very people who will be serving their meal,” he said.

Rising costs have landed hard on Seattle restaurant owners, too. Mr. Douglas said labor accounted for 50 percent of his business costs when the pandemic hit, a high number even by the standards of expensive coastal cities.

“It’s not as bad here as San Francisco,” said Mr. Stowell, 46, the chef and co-owner of 20 Seattle restaurants, 12 of which are currently open. “It’s just more expensive than people here have ever experienced. And it happened so fast.”

While restaurateurs like Mr. Stowell and Mr. Douglas are optimistic about making it to the other side of the economic downturn, smaller operators were feeling like casualties of Seattle’s success even before the pandemic.

Maria Hines, the chef and owner of Tilth, said she feared the cost of doing business in Seattle had made it impossible for small restaurateurs to compete. That was before the pandemic caused revenues to slow to a trickle at her only business, a 50-seat restaurant known for its tasting menus built from local ingredients.

And yet she’s still reluctant to walk away from a labor of love that has thrived.

“What else am I supposed to do? This is what grounds us,” said Ms. Hines, 48. “I’m a James Beard award winner, an ‘Iron Chef’ winner, a top 10 Best New Chefs in Food & Wine magazine. It seems like I should be able to figure this out.”

Alarm over the viability of neighborhood restaurants increased during Seattle’s building boom. For several years running, the city has ranked first in the country for “most cranes in the sky.” Developers often turned to restaurants to be tenants on the ground floors of new office and apartment buildings, particularly downtown, where Amazon occupies more than 40 office towers.

Linda Derschang, 62, has opened 13 different businesses in Seattle, mostly bars and restaurants, in the past 30 years. They include Linda’s Tavern, a casual Capitol Hill bar she owns with the founders of Sub Pop, the Seattle record label.

She describes receiving an education in how restaurants helped inflate the real estate bubble after opening Tallulah, a restaurant that has since closed, inside a new apartment complex on Capitol Hill. When the developers sold the building in 2015, a headline in a local business journal read, “25 million reasons it’s good to have a Linda Derschang restaurant in your apartment building.”

“These developers bring us into their buildings to make them more attractive to flip,” Ms. Derschang said.

The surge in competition increased financial pressure that has been especially hard on smaller restaurants. There is agreement in Seattle’s restaurant community that the pandemic will be a catalytic moment.

“It’s like a correction in the stock market, and it’s going to be hard to take,” said Mr. Douglas, who has permanently closed three of his restaurants. “There’s no doubt in my mind the industry was overbuilt.”

Anthony Anton, chief executive officer and president of the Washington Hospitality Association, whose members include hotel and restaurant owners, said his trade group is planning for a 35 percent drop in membership.

Many here point to the late-2019 closing of Sitka & Spruce, the influential restaurant started by Matt Dillon, a James Beard award-winning chef, as a sign that Seattle could no longer support idiosyncratic, bootstrap restaurants. That feeling was reinforced when Mr. Dillon decided to close or pull away from the rest of his restaurant holdings earlier this year, and retreat to Vashon Island, where he operates a farm and an inn with his wife.

“It just no longer made economic sense to expose my family to the financial risks,” he said.

Melissa Miranda opened Musang, her Filipino restaurant, in part as a bulwark against gentrification in Beacon Hill, the neighborhood where she was born, which has historically been home to a thriving Filipino community.

After moving back to Seattle as an adult, Ms. Miranda, who is 35, said she was inspired to push back against the commercialization of her hometown. “You see all this space being taken up by these companies, and they’re moving out people of color and immigrants,” she said. “It’s important that you can show how you can build a restaurant and a community in a different way.”

Crowds are much thinner at Musang than when it opened early this year. But Ms. Miranda said she’s been able to keep most of her staff — 12 employees, compared to 18 before the shutdown — through limited service and cooking free meals for food-insecure locals in partnership with the Seattle Community Kitchen Collective, a group of local chefs.

Mr. Jordan, 40, opened Salare, his first restaurant, in 2015. When he opened JuneBaby in the same neighborhood, just two years later, he found that it had become far more expensive to operate a restaurant. “The cost of running that same business just exponentially grew,” he said. While the pandemic has only made his work even more challenging, Mr. Jordan says the health crisis has intensified his desire to turn his businesses into agents of change.

The chef’s cooking celebrates the food of Black Americans and the African diaspora. While his restaurants are still only open for takeout and delivery (a third, Lucinda Grain Bar, is temporarily closed), he said he’s committed to changing the salary structure at his restaurants, to make the pay more equal for all of his employees, in spite of the foreboding economics.

The future is still far from certain. Last week, Governor Inslee loosened some restrictions on Seattle restaurants, extending the hours they can serve alcohol from 10 to 11 p.m. and increasing the maximum party size per table from five to six people.

But indoor dining is still limited to 50 percent, and winter threatens to reduce outdoor seating.

Ms. Nakayama insists she will reopen Maneki, which is only open for takeout.

Sipping oolong tea inside the restaurant, Ms. Nakayama described herself as the “caretaker” of Maneki, which just celebrated its 116th anniversary. She insisted she will not allow it to end on her watch.

“I have loyalty to my customers,” she said. “I want them to still be able to come back and have the memories that they first had.”

Mike Easton knows as well as anyone how hard it is now. In the spring he closed Il Corvo, his popular lunch-only pasta restaurant in Pioneer Square, following the suicide of his wife and business partner, Victoria Diaz Easton. Mr. Easton, 46, has since turned his attention to raising his 12-year-old daughter and to his other restaurant, Il Nido, near the waterfront in West Seattle.

He operated the high-end Italian restaurant, built inside a historic log cabin, as a market for much of the pandemic. Last month, he decided to reopen the restaurant. He brought back all but two members of the original staff and elevated the cooking ambitions to justify raising prices, which was the only way he could afford to cover his costs.

“We’re giving people a safe experience, and an elegant experience,” said Mr. Easton, sitting in Il Nido’s dining room the day after its first service. He described it as “very much an experiment.”

“But I’m at a point in my life where I can’t just decide to pick a new career,” he said. “None of us signed up to be shopkeepers.”