A 59-year-old and a 69-year-old died in the accident that saw the Tesla car veer off the road and crashed into a tree in Texas. The two men who were in the Tesla Model S drove it out of a residential driveway then the driver jumped out of the driver’s seat and into the backseat. It was revealed that he was later found dead in the backseat, while the other man was found dead in the passenger seat.

The tragic accident happened within a few hundred yards of the driveway.

Mr Musk has argued that Tesla’s own data logs reveal the car was not on autopilot.

Replying to a Twitter thread on the accident, Mr Musk said: “Data logs recovered so far show Autopilot was not enabled and this car did not purchase FSD, full self-driving.

“Moreover, standard Autopilot would require lane lines to turn on, which this street did not have.”

READ: Tesla warned to ‘urgently clarify’ whether UK cars are affected by 158,000 model US recall 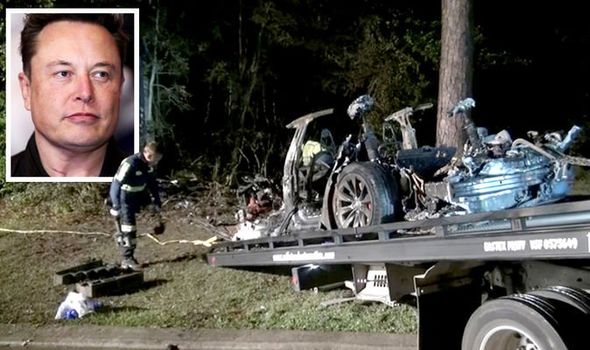 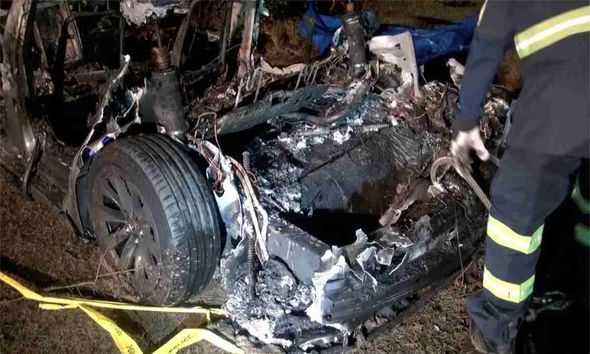 However, Harris County police said that “there was no one driving that vehicle”.

In a Tesla car if the sensors detect that no hands are on the steering wheel then autopilot should immediately become active.

Now many social media users are inquiring why the autopilot option on the car did not become active, and question if there was a fault with this unique selling point of Tesla manufacturing.

Harris County precinct constable Mark Herman said authorities were “very confident just with the positioning of the bodies after the impact that there was no one driving that vehicle”. 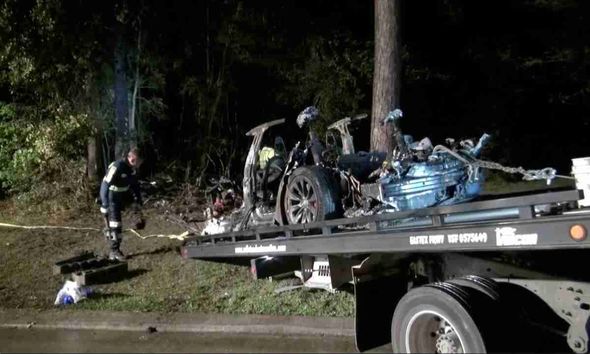 When fire officers found the vehicle it had burst into flames and one victim had been found in the front passenger seat and the other in the back of the car.

Now two US regulatory bodies are getting involved in trying to ascertain if the battery or autopilot device on the vehicle was at fault.

The regulatory bodies are the National Highway Traffic Safety Administration (NHTSA), which regulates vehicle safety, and the National Transportation Safety Board (NTSB).

Last year the US National Transportation Safety Board said it was “time to stop enabling drivers in any partially automated vehicle to pretend that they have driverless cars”.

The regulatory body has received a petition stating that there have been more than 100 crashes and 50 injuries involving Tesla cars suddenly accelerating.

This is a claim that Tesla has rejected as “completely false”.

Last week, Mr Musk claimed that Tesla cars had a “ten times lower” chance of an accident when they had their autopilot engaged than normal cars.

He also said that the vehicles were 10 times less likely to catch fire than petrol cars.