Russian forces have dropped flesh-melting thermite bombs across the Ukrainian village of Ozerne, with drone footage capturing the chilling moment it happened. Burning drops of white hot rain are seen falling over the village, scorching the earth as they hit the ground, and in some places creating fires. The little village, in the Donetsk region, was only recently liberated on September 4, and stands just a few kilometres from the front line. While the use of such chemical weapons is not strictly forbidden, their deliberate use against civilians has been banned under Protocol 3 of the Inhumane Weapons Convention.

Senior Ukrainian MP Roman Hryshchuk shared the video on social media alongside the caption: “This is horrible.”

The location of the attack has been successfully geolocated, and cross checked, to Ozerne.

The wide-pan drone footage shows the scale of the devastation wrought by these incendiary attacks, with the village swallowed in a phosphorescent glow.

It is believed Russia used 9M22S missiles containing thermite, fired by BM-21 rocket launchers, to carry out the attack. 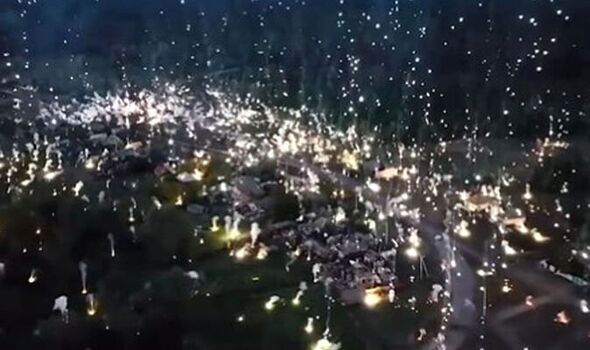 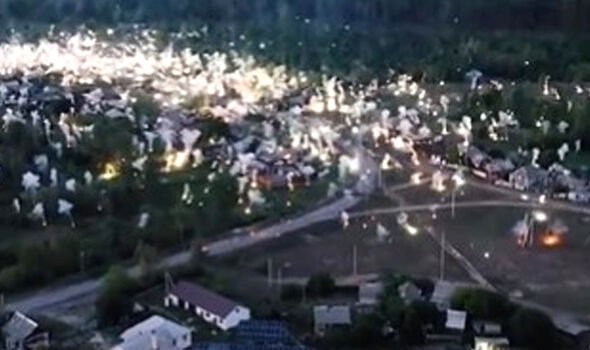 Some have questioned whether Russia used phosphorus instead of thermite, which is also incendiary but comes under stricter regulations due to its tortuous effects on people, though those claims have not been substantiated.

While thermite may only have a limited impact on military targets, it is a weapon with wide area effects.

It is the latest evidence of Russian retaliation to Ukraine’s past month of successful counter offensives, where swaths of territory in the eastern regions have been rapidly recaptured.

The Ukrainian army says it has consolidated positions across the Oskil river, which represents the last natural obstacle before the border with Donetsk. 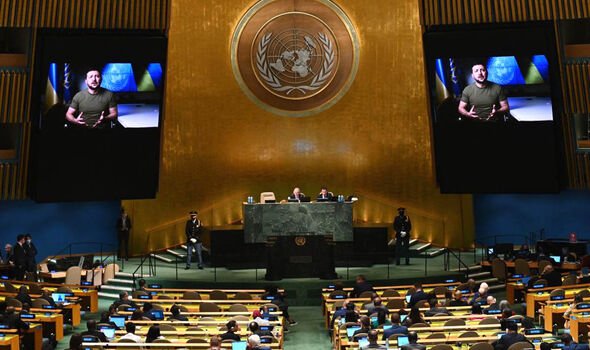 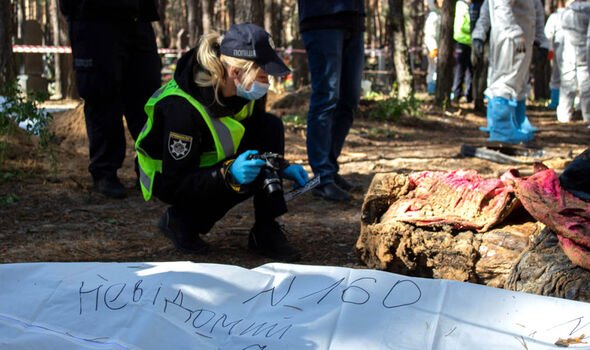 Further evidence of civilians being killed by Putin’s forces has emerged following the liberation of dozens of cities and villages in the east.

This week, the Office of the UN High Commissioner for Human Rights recorded 5,916 civilians killed and 8,616 injured in Ukraine since the beginning of the conflict.

Mass graves just outside of the recently liberated city of Izyum contained Ukrainian locals buried with their hands tied behind their backs, suggesting they could have been tortured by Russian forces.

In a video address to the UN General Assembly, held in New York, on Wednesday, Ukrainian President Volodymyr Zelensky, referencing recent findings, launched an impassioned call for “just punishment” of Russia for the perpetration of war crimes. 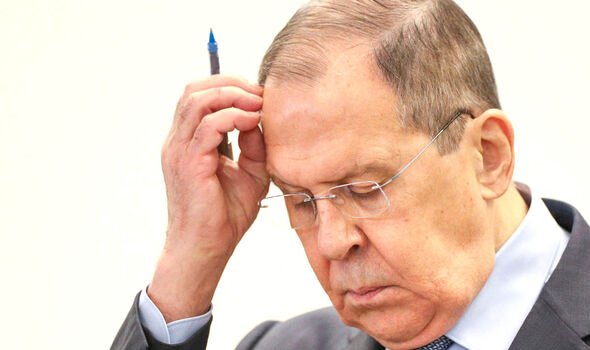 He said: “A crime has been committed against Ukraine, and we demand just punishment.

Russian foreign minister Sergei Lavrov will now face off with his Ukrainian and Western counterparts, including US Secretary of State Antony Blinken, when the United Nations Security Council meets on Thursday to discuss the atrocities committed in Ukraine.

In July, Lavrov walked out of a meeting of the Group of 20 foreign ministers in Indonesia when he was faced with calls for an end to the war and criticism over the conflict fueling a global food crisis. Lavrov denounced the West for “frenzied criticism”.