Thor actor Chris Hemsworth joined conservationists for a historic moment in his homeland of Australia, where they re-introduced the Tasmanian devil to the mainland for the first time in an estimated 3,000 years.

Hemsworth and his wife, Elsa Pataky, released a pair of devils named Lenny and Lisa into a New South Wales wildlife sanctuary on Sept. 10, as part of a larger effort to restore the endangered species to its former home. 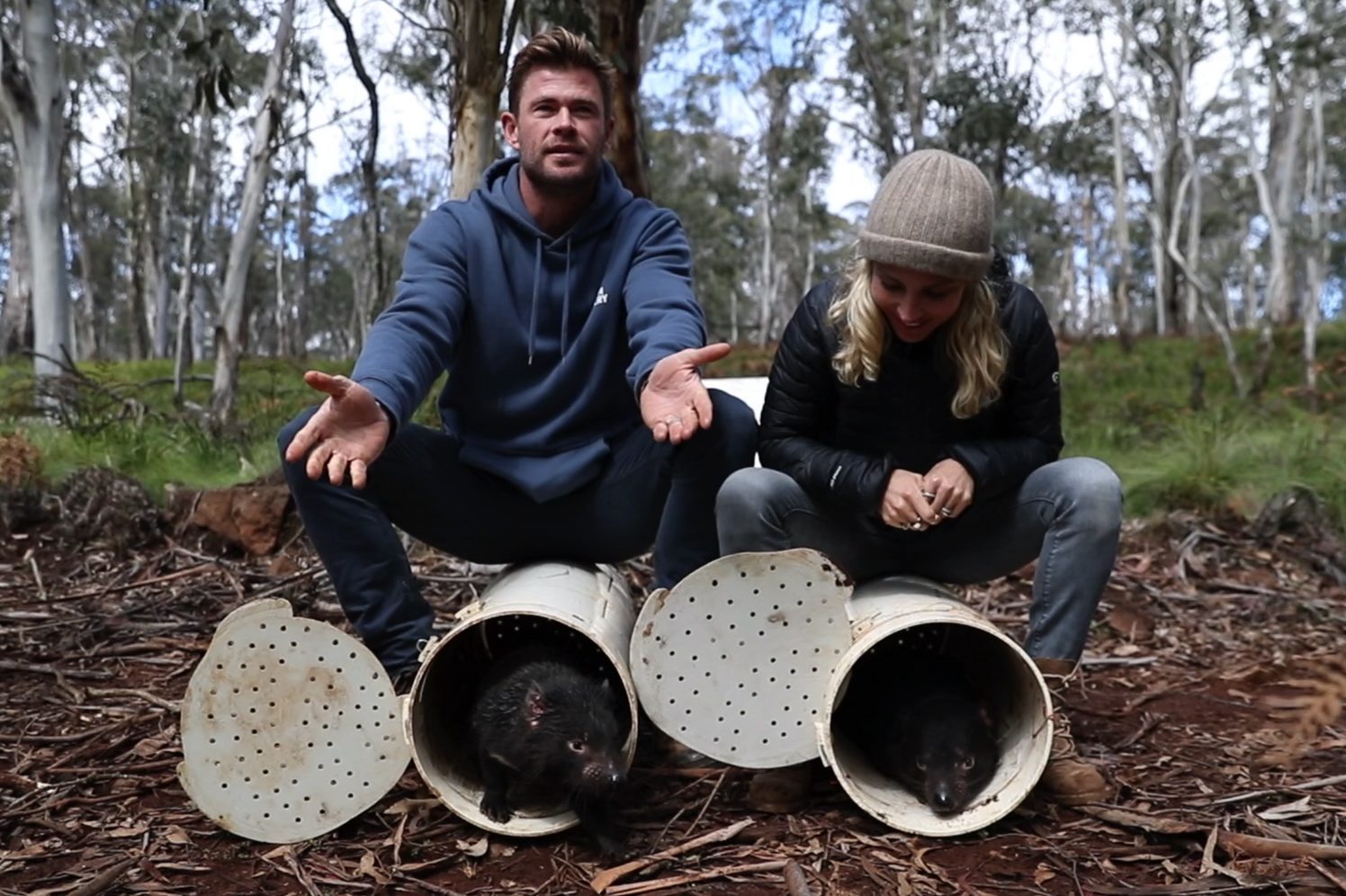 A total of 26 Tasmanian devils have been re-introduced into the area north of Sydney as part of a joint effort by the NGOs Aussie Ark, WildArk and Global Wildlife Conservation. The animals were selected from Aussie Ark’s “insurance population” of Tasmanian devils, which have been bred over 10 years to ensure the species’ survival.

The apex predators are expected to help rebalance the regional ecosystem by curbing the populations of smaller animals, such as cats and foxes. They’re also a sort of clean-up crew for nature, as they’re known to scavenge dead animals for food.

“In 100 years, we are going to be looking back at this day as the day that set in motion the ecological restoration of an entire country,” said Tim Faulkner, president of Aussie Ark, in a statement.

“Not only is this the reintroduction of one of Australia’s beloved animals, but of an animal that will engineer the entire environment around it, restoring and rebalancing our forest ecology after centuries of devastation from introduced foxes and cats and other invasive predators.”

Aussie Ark’s work is inching the Tasmanian devil closer to recovery, rather than allowing it to slip toward extinction, according to Global Wildlife Conservation president Don Church.

“This is an incredible example of how to rewild our planet, bringing back the natural systems to the benefit of all life on Earth,” Church said in a separate statement.

Tasmanian devils are perhaps best-known for their pop-culture depiction in Looney Tunes, as the slavering predator who spins around in a chaotic whirlwind.

The real thing is not quite as out-of-control. Tasmanian devils grow to be about the size of a small dog, measuring roughly 60 centimetres (two feet) long and weighing in at around eight kilograms (18 pounds). They’re known for exhibiting a devilish temper when threatened, at which time they will screech and emit a foul stink.

European settlers named it the Tasmanian devil after hearing its terrifying cries from the bushes of Tasmania, according to the island’s government.

The world’s largest meat-eating marsupials were driven off the mainland by packs of hungry dingoes some three millennia ago. They survived only on the island of Tasmania, where dingoes do not live. However, their population plunged in the 1990s due to an outbreak of Devil Facial Tumour Disease (DFTD), a rare and contagious form of cancer that killed some 90 per cent of all Tasmanian Devils. Only about 25,000 of the animals are thought to remain alive in the wild today. 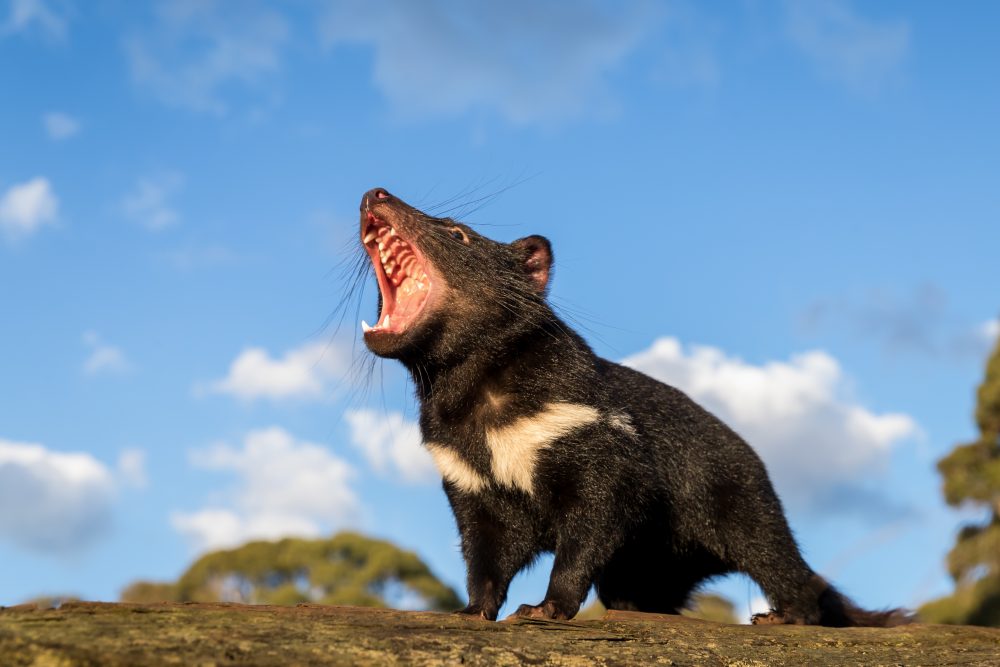 The Tasmanian devils have been selected to promote breeding and avoid any chance of inbreeding, Aussie Ark says.

Faulkner says the devils’ comeback was a surreal moment for him.

“Our biggest native mainland predator is the tiger quoll — and they’re just over a kilo — so to be bringing back something of this enormity is huge,” he told the AFP.

“It’s the stuff dreams are made of.”