TAIPEI (Reuters) – A Chinese naval flotilla led by the country’s first aircraft carrier passed by the eastern and southern coasts of Taiwan on Sunday to carry out drills, the island’s defence ministry said, in the latest uptick in military tensions. 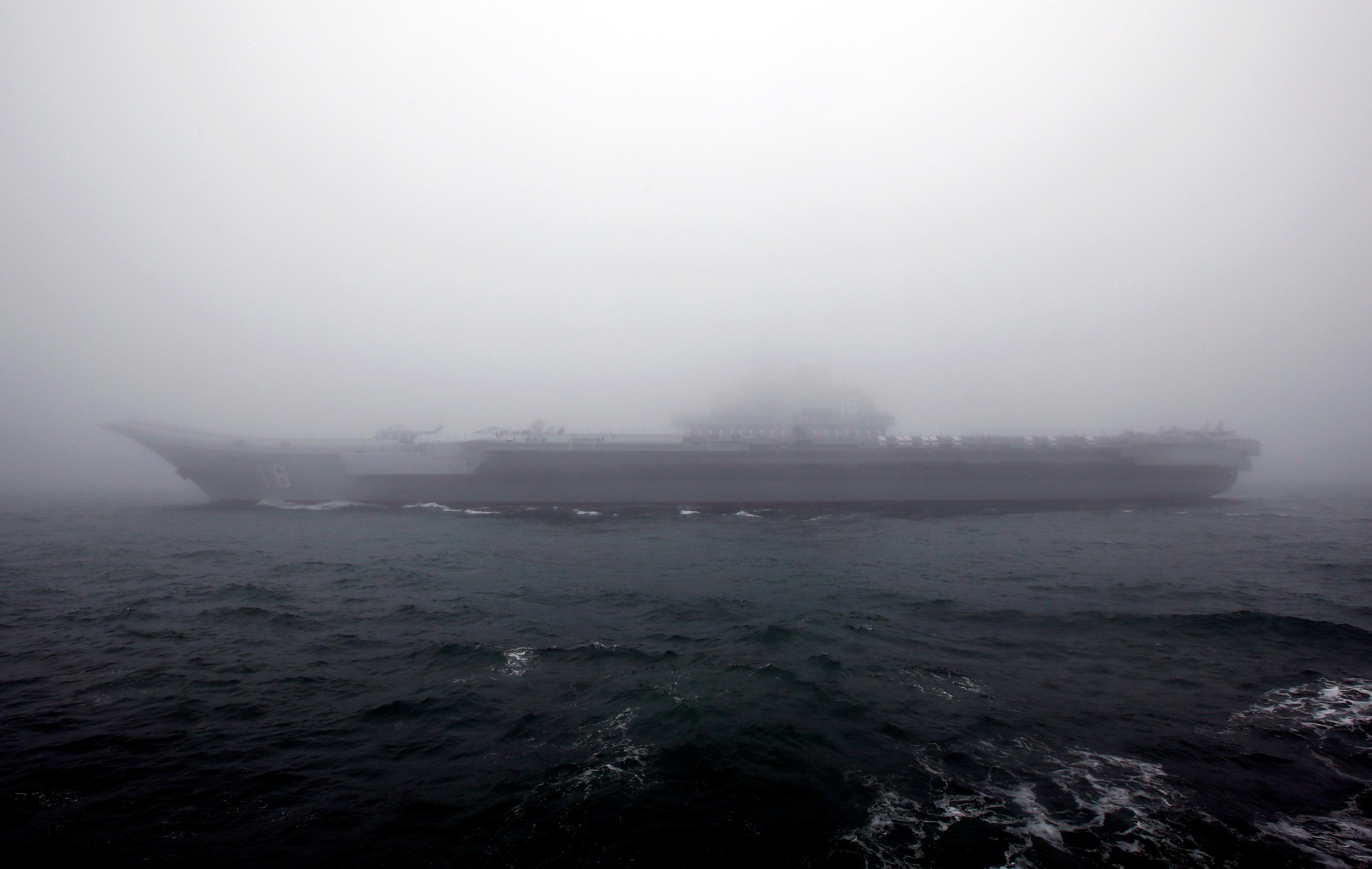 Democratically-ruled Taiwan, claimed by China as its sacred territory, has complained of an increased Chinese military presence near the island in the past few weeks, and has told China is should be concentrating on fighting the new coronavirus rather than menacing the island.

Taiwan’s Defence Ministry said the Liaoning, China’s first operational aircraft carrier, and five accompanying warships passed first through the Miyako Strait, located between Japan’s islands of Miyako and Okinawa, to the northeast of Taiwan, on Saturday.

On Sunday, the carrier group sailed in waters on Taiwan’s east coast and then into seas to the south of Taiwan, carrying out exercises, the ministry added in a statement.

Taiwan’s armed forces monitored the carrier group’s progress throughout and “completed relevant actions in response to ensure national security and protect regional peace and stability”, it added, without elaborating.

There was no immediate response from China’s Defence Ministry.

China’s two aircraft carriers are no strangers to the waters around Taiwan.

In late December, shortly before presidential and parliamentary elections in Taiwan, China’s newest aircraft carrier, the Shandong, sailed through the sensitive Taiwan Strait, a move condemned by Taiwan as attempted intimidation.

The U.S. military has also been active in waters near Taiwan recently.

A U.S. Navy guided-missile destroyer sailed through the Taiwan Strait on Friday, the same day that Chinese fighter jets drilled in waters close to the island.

Taiwan is China’s most sensitive territorial issue and a potential military flashpoint. China has never renounced the use of force to bring the island under its control.