The number of passengers arriving at Australia’s Sydney Airport is being limited due to “pressure” on the city’s quarantine facilities.

The Smartraveller website, which is run by Australia’s Department of Foreign Affairs and Trade, says a limit of 450 passengers per day are allowed into Sydney Airport until and including 17 July.

The Australian government did not confirm an earlier post by its High Commission in London which also said only 50 people would be allowed on each flight. Eleven international flights were due to arrive at Sydney on Monday, with two of those cancelled. 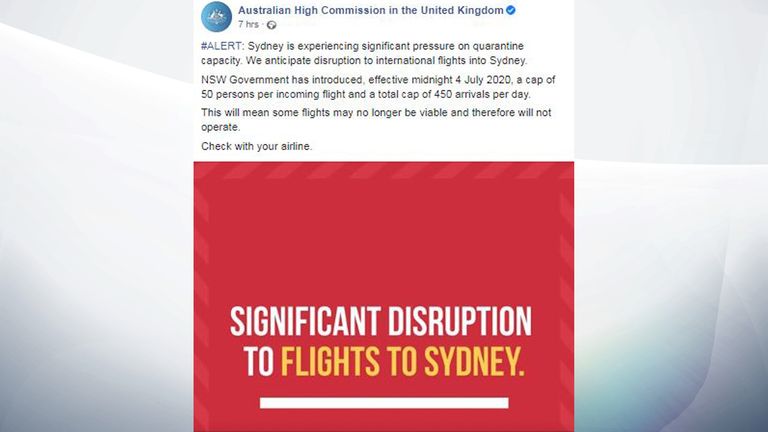 The High Commission had warned it anticipated “disruption to international flights into Sydney”, adding: “This will mean some flights may no longer be viable and therefore will not operate.”

New Zealand’s High Commission also published the information, as many flights between the UK or Europe and New Zealand currently include transit in Australia.

Smartraveller said the limit was due to “pressure” on Sydney’s quarantine facilities, worsened by a request from neighbouring Victoria state that no international passenger flights land there until at least 14 July.

Last week parts of Victoria’s main city of Melbourne went into strict lockdown following a surge in cases traced to security guards at two Melbourne quarantine hotels, according to reports.

Arrivals in Australia, as in New Zealand, are required to complete 14 days of isolation at a government-chosen hotel, a policy that has helped both countries to keep the number of cases and deaths relatively low..

More than 60,000 Australians have been through the quarantine system since lockdown began, around a third of them in Victoria, according to Australia’s deputy chief medical officer, Professor Michael Kidd. 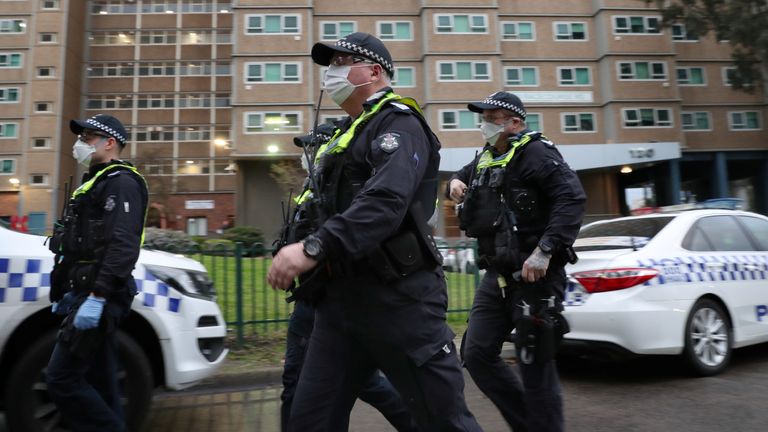 But the number of rooms in suitable hotels is limited and the cost is also a growing issue, with some Australian states starting to charge citizens for their quarantine.

Travellers affected by the passenger limits were told to contact their airline but many of those due to fly wrote on the High Commission’s Facebook page that carriers had not been told of the changes, leaving them unsure of what to do next.

Australians and New Zealanders trying to get home from the UK and Europe have struggled with flights since the coronavirus outbreak began earlier this year.

Citizens returning to that part of the world also rely on transit points remaining open, not a certainty when countries react to the spread of the coronavirus.

Both Australia and New Zealand are currently closed to tourists.