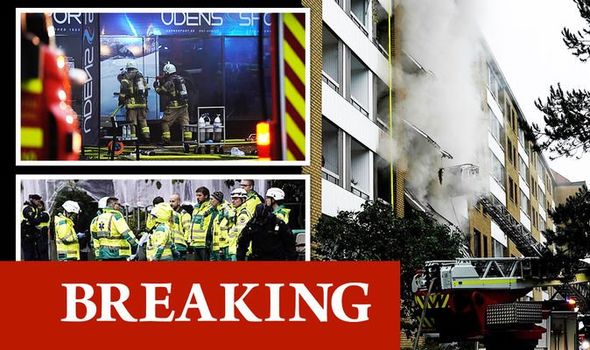 A blast at an apartment block in Gothenburg, Sweden injured 25 people and led to more than 100 residents being evacuated from their homes on Tuesday.

The cause of the explosion is currently under investigation.

An explosion shook the bloc in downtown Gothenburg at 5am prompting terrified residents to flee to the exits while others were forced to climb onto the balconies of neighbouring flats in a bid to escape.

Pictures from the scene show smoke pouring out through the front doors of the building.

Among the most seriously wounded were three women, aged between 60 and 80.

One firefighter is also reported to have received minor injuries during rescue efforts.