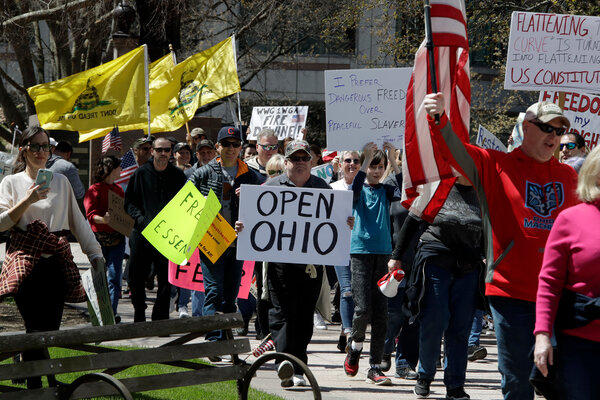 When the pandemic began, the nation’s governors suited up for a new role as state bodyguards, issuing emergency orders to shutter schools, close cinemas and ban indoor dining in an effort to curb a mushrooming threat.

But not everyone likes killjoys, no matter how well-intentioned.

Now, state legislatures — saying the governors have gone too far — are churning out laws aimed at reining in the power of their executives to respond to the pandemic and emergencies like it.

A Kansas bill that this week became law requires Gov. Laura Kelly to suspend all emergency orders and give legislators the option to void any that she reissues. Mask mandates are likely to be among the first to fall. Ohio legislators overrode Gov. Mike DeWine’s veto this week, limiting his powers to make emergency declarations. Utah lawmakers voted for an April 10 end to mask requirements and to rein in powers of the governor and state health officials to deal with crises; the bill became law on Wednesday.