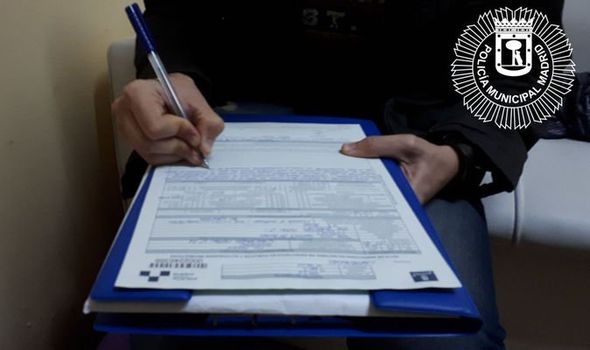 The incident happened in Spain’s capital of Madrid where 3.3 million residents are on red alert to try and prevent the spread of the deadly disease. The city has implemented its own tough measures in addition to the State of Emergency rules imposed by the Spanish Government on March 14. These are more strict and include a ban on visiting family or friends, meeting up with friends in any location, playing any sort of sport, going to a neighbour’s house, having a barbecue, going for a walk in the street and even holding a birthday party.

Madrid has seen by far the greatest number of cases at 5,637, with 390 deaths, way above all the other regions.

Police today confirmed they had raided an Evangelical church in the Tetuan district, tweeting: “More than 50 people are evicted in # Tetuán inside an Evangelical Church for not respecting the recommended distance or the sanitary protection measures #COVID ー 19 among their attendees.” 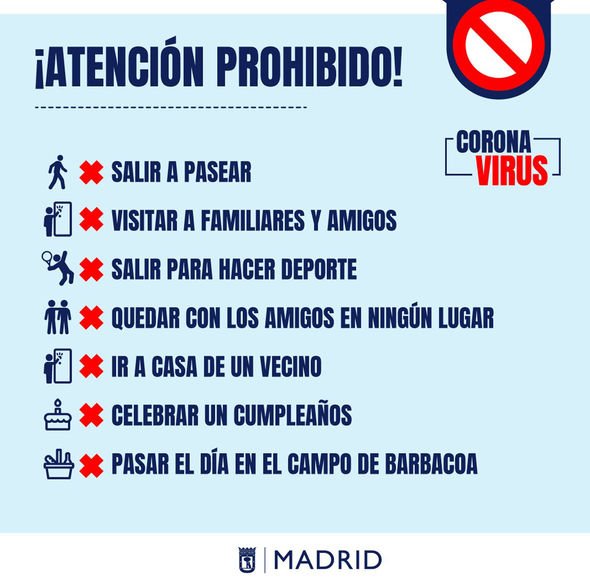 Following a complaint from nearby residents, officers went to the church and were told there were 40 people inside, having a religious meeting which was allowed by the new rules.

Inside, however, they found 53 worshippers, sitting too close together.

Experts say you should sit about 6ft away from another person to avoid picking up the coronavirus germs.

Madrid police have already upheld 450 complaints for non-compliance with the coronavirus curfews and at least five people have been arrested.