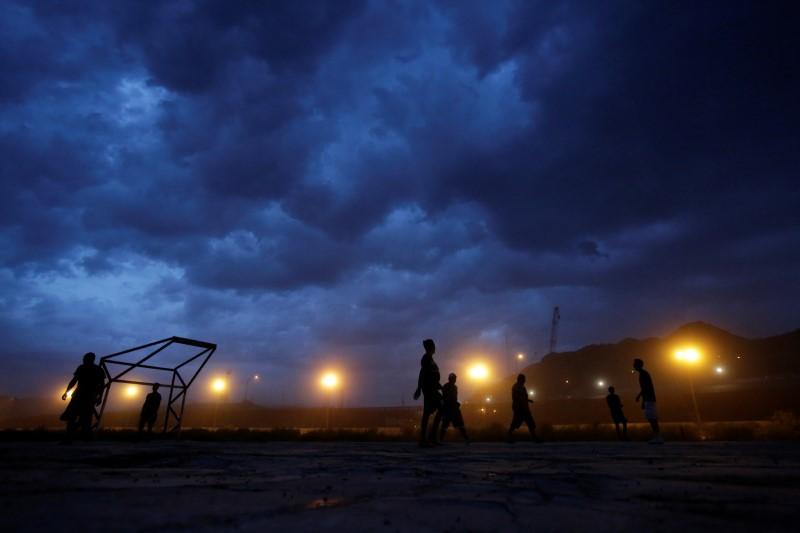 MEXICO CITY (Reuters) – Mexico’s foreign ministry said late on Saturday that it will allow a limited number of Central American migrants seeking asylum in the United States to legally enter Mexico in order to minimize the number of people at U.S. border stations.

The ministry said Mexican immigration authorities would evaluate who is allowed into Mexico on a case by case basis and said the measure will exclusively apply to people from Honduras, El Salvador and Guatemala.

“We’re evaluating the regular admission of some nationals from El Salvador, Honduras and Guatemala who are presented to the Mexican immigration authorities, in order to minimize crowding at U.S. Border Patrol stations,” the ministry said in a statement.

Fewer than 100 people per day will be allowed into Mexico, it added.

The United States already sends non-Mexican asylum seekers to Mexico under a program known as the Migrant Protection Protocols (MPP). The U.S. Supreme Court allowed that program to remain in effect last week pending the outcome of a legal challenge.

U.S. President Donald Trump said on Friday the United States will swiftly return migrants who attempt to cross into the country illegally from Mexico and Canada while closing the borders to “non-essential” travel to limit the spread of the new coronavirus.

Flanked by top U.S. officials at the White House, Trump also said the United States and Mexico would work to keep commerce moving as much as possible across the border to try to limit disruptions to business.