When the tragedy struck, many thought it could unite Poles, but ten years on, Polish politics remain polarised. 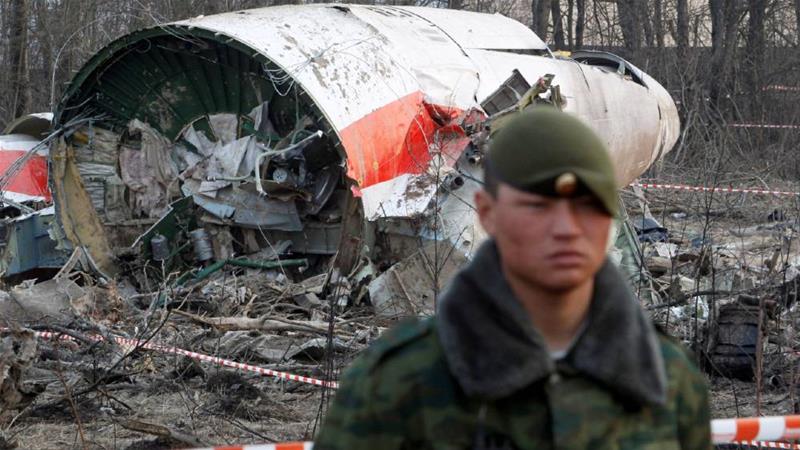 Warsaw, Poland – Friday’s commemorations of the 10th anniversary of the Smolensk presidential plane crash are muted in Poland.

The annual delegation to Russia has been called off, and public gatherings in Warsaw are limited to a discreet laying of wreaths, as the national coronavirus lockdown continues.

As one of a few symbolic measures, Polish Radio has released two albums to mark the anniversary. The first, Lech Kaczynski – A Testimony, comprises five CDs of the president’s key speeches, while the second has homilies and concerts which followed the disaster.

Yet even before the pandemic, the plane crash that came to define a decade of Polish politics had been losing some of its potency.

Monthly vigils outside the presidential palace have ceased. Calls to uncover “hidden truths” about the causes of the crash were left out of the 2019 parliamentary election campaigns, and are again absent in campaigning for the upcoming presidential elections on May 10.

On April 10, 2010, a plane carrying Polish president Lech Kaczynski and 95 others crashed in the Smolensk military airfield in Western Russia, killing all on board.

In what was described as the worst national disaster since the Second World War, Poland lost its presidential couple, commanders of its ground, sea, air and special forces, the head of its central bank and several other dignitaries.

The officials had been on their way to commemorate the 70th anniversary of the Katyn massacre, in which some 22,000 Polish intellectuals and prisoners of war were murdered on Soviet orders in 1940.

The shock of the crash brought Poles together. Every moment of national grief was televised: the coffins being repatriated, the spontaneous expressions of mourning, the state funerals, the long queue of people waiting to pay their respects at the presidential palace.

“Social unity followed, reminiscent of that following the death of Pope John Paul II [who was Polish],” said Michal Luczewski, sociologist at the University of Warsaw.

Professor Pawel Machcewicz, historian and former director of the Museum of the Second World War in Gdansk, agrees.

“For the first few days after the disaster it seemed that the event could provoke a wave of national solidarity in mourning, a calming of conflicts,” he said. “But soon things went in the opposite direction.”

Polish and Russian official investigations concluded that the crash was an accident caused by human error and thick fog over Smolensk. The plane diverted from its correct approach path, hit a tree with its left wing and hurtled into scrubland, according to the reports.

Yet the Law and Justice (PiS) party – led by the late president’s twin brother, Jaroslaw Kaczynski – never accepted this explanation. Rather, they insisted that it had been an assassination, with causes of the crash ranging from an on-board explosion to faulty information from Russian air traffic controllers. However, no conclusive evidence to back up the alternative theories has yet materialised.

Many thus consider the matter open. “We want to be given a single, honest version of events,” said Malgorzata Wassermann, a PiS MP who lost her father in the crash. “Up to this day, I still do not know what happened.”

She added: “In the case of the Smolensk disaster, all procedures were breached. Prosecutors and members of the official investigation did not secure any of the evidence, did not take samples, did not take photos.”

Several PiS lawmakers and the party’s spokesperson declined to comment for this report.

In 2012, then-PiS spokesman Adam Hofman said “the disaster needs to be clarified through politics, as it happened because of politics”. Denying that the crash was an accident, he told the TVN24 television station: “We say clearly: we need to win elections to explain the case of Smolensk. And to win elections, we must conduct politics.”

Today, 26 percent of Poles believe the crash was an assassination – a figure that has barely changed since 2016, while 59 percent believe it was an accident, according to an Ipsos survey in February 2020. 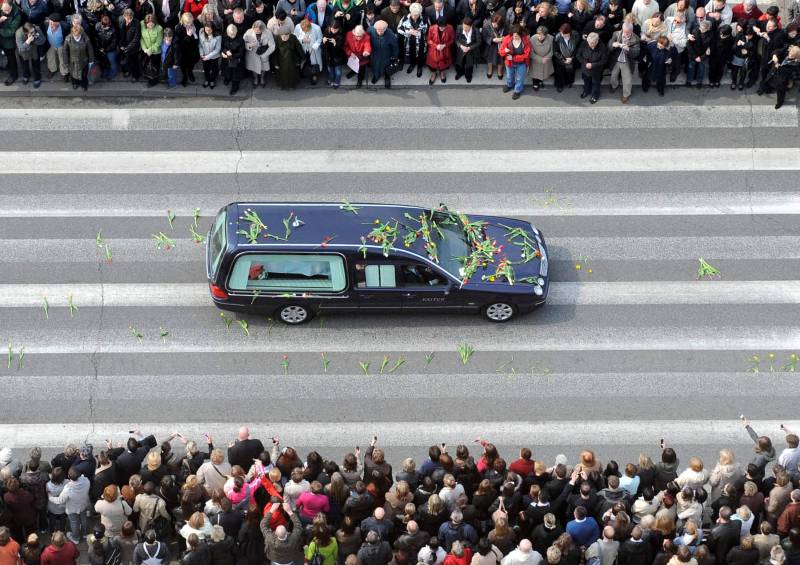 “The issue quickly became radicalised. [Then Prime Minister] Donald Tusk and the Civic Platform [party] were no longer accused of just ineptness. They were now being accused of felony and treason. That made any form of cooperation between government and opposition impossible,” Machcewicz told Al Jazeera.

“Smolensk put an end to any possibility of Polish unity. What happened during and after the catastrophe was a failed coming-together,” Luczewski added.

“The coronavirus could also be such a common enemy. Yet, the inability [of government and opposition] to unite against the virus represents another failed coming-together.”

In 2010, Polish politics were already polarised, the government led by Donald Tusk and his pro-European centrist Civic Platform party, with the presidency held by Lech Kaczynski, co-founder of the right-wing populist PiS party. As PiS waited in parliamentary opposition, the air disaster became a touchstone of its political identity.

Any glitches in the fast-spun official reports quickly evolved into conspiracy theories about the causes of the accident, including alleged artificial fog, a thermobaric bomb, and on-scene Russians executing survivors.

Smolensk martyrology was, analysts say, nurtured by monthly vigils – initially spontaneous crowds that morphed into organised political gatherings. Jaroslaw Kaczynski led a charge to build a monument to his late twin brother, and another to the victims of the crash, both unveiled in 2018 on Warsaw’s largest square.

“This was not about spreading rumours in the corners of the internet or in niche magazines, but rather about building a narrative at the very centre of public life,” said Grzegorz Makowski of ideasForum, a think tank linked to the Stefan Batory Foundation in Poland.

When PiS returned to power in 2015, it took down the website showing the findings of the 2011 official report and launched a long-promised investigation of its own. It also controversially dug up bodies of those who died in the crash – at times against the express wishes of families – and charged a number of officials with negligence in arranging the flight.

“The rhetoric was very useful in shaping the [PiS] electorate and social movement, which gradually became increasingly radical and anti-democratic. After all, if you are accusing the other side in a political dispute of treason, you no longer stick to political procedures,” said Machcewicz.

By far the largest share of people who believe that the crash was an assassination support incumbent president Andrzej Duda of the PiS. Half of his supporters say it was no accident, compared with three percent of voters for the main opposition candidate, Malgorzata Kidawa-Blonska of the Civic Platform party.

Yet now the political potency of tragedy seems to have run its course. “You cannot maintain [the same] level of mobilisation for 10 years,” Luczewski told Al Jazeera.

The outcome of the PiS-led investigation has not yet been released. Its lead, former defence minister and PiS hard-liner Antoni Macierewicz, this week announced that the report was ready. So far, his work has been allotted an annual budget of up to 6 million zloty ($1.4m), and 2.75 million zloty ($700,000) in 2020.

The wreckage of the Tu-154, which PiS pledged to bring back to Poland, remains in Russia.

“If a party is in government for four years, with all instruments of power at its disposal, and is still unable to present the faintest bit of evidence or clues pointing to an assassination, then the effectiveness of that rhetoric begins to fade,” said Machcewicz.

“[PiS leader] Jaroslaw Kaczynski must have understood that quietening down the topic is now in his best interest.”