Thousands of people have fled their homes and campsites across the Marseille region in France as a wildfire blaze continues to ravage the area. The devastating French wildfires have left dozens of people injured, and triggered the deployment of thousands of firefighters to tackle the blaze. Officials said that at least 22 people have been injured while over 2,700 people have been forced to evacuate.

Around 1,800 firefighters supported by planes and helicopters have been deployed to battle the fire.

However, the wildfire “worsened” last night around the badly-hit town of Martigues.

The blaze in the region originally broke out on Tuesday, according to the local fire service.

Firefighters blame the strong Mediterranean winds and the extraordinary heatwave sweeping Europe for fueling the flames. 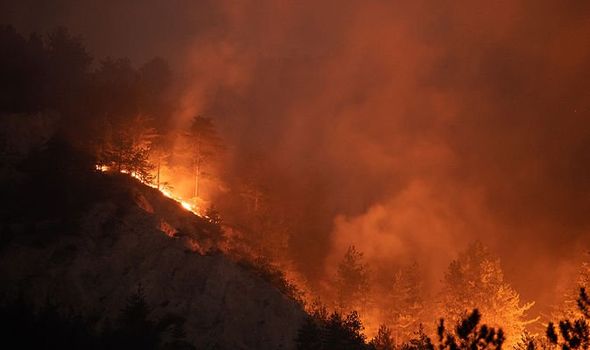 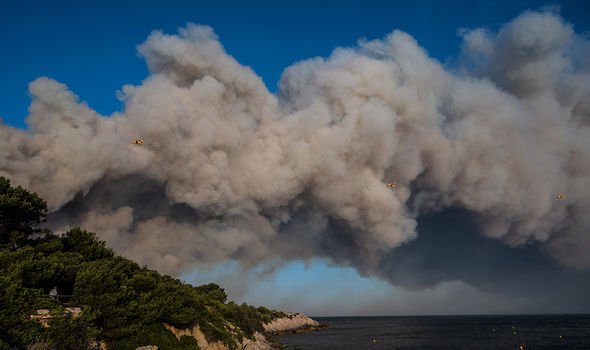 The fires have spread quickly from wooded areas and ripped through nearby residential areas and several campgrounds.

Eight campsites near the towns of Martigues and Sausset-les-Pins were ordered to evacuate “as a preventive measure”.

Many of the tourists at the campsites were evacuated by boat and are being looked after by local authorities.

The fire has already destroyed several businesses while a care home for the elderly was among those evacuated. 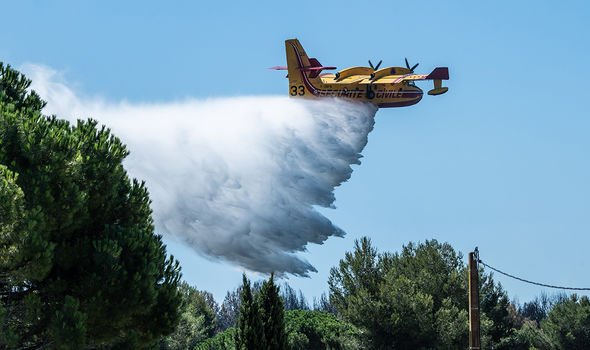 Fires in others towns of Port-de-Bouc, Aubagne-Carnoux, Gignac-la-Nerthe and Fontvieille have been brought under control.

In response, authorities have banned any controlled fires in the area or construction work involving sparks or hot equipment until all of the fires are extinguished.

One firefighter told Euronews: “Look at the wind, you can see the smoke. It is spreading crazy fast.” 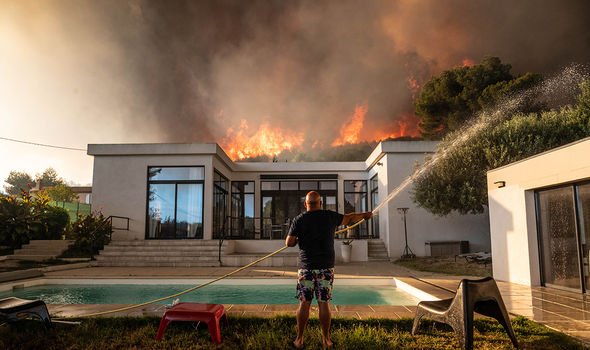 A local resident added: “At first, you could see the flames getting closer and closer, and then suddenly they were 50 metres from the house and 20 metres high.”

Commander Philippe Fabre of the Aude fire service said there had been a “slight letup” early on Thursday, with firefighters able to halt the fire’s advance.

But, he added that winds were expected to reach up to 60 km/h later in the day, and efforts would be focused on “extinguishing the fiercest hotspots and preventing flare-ups in hard-to-reach areas”.