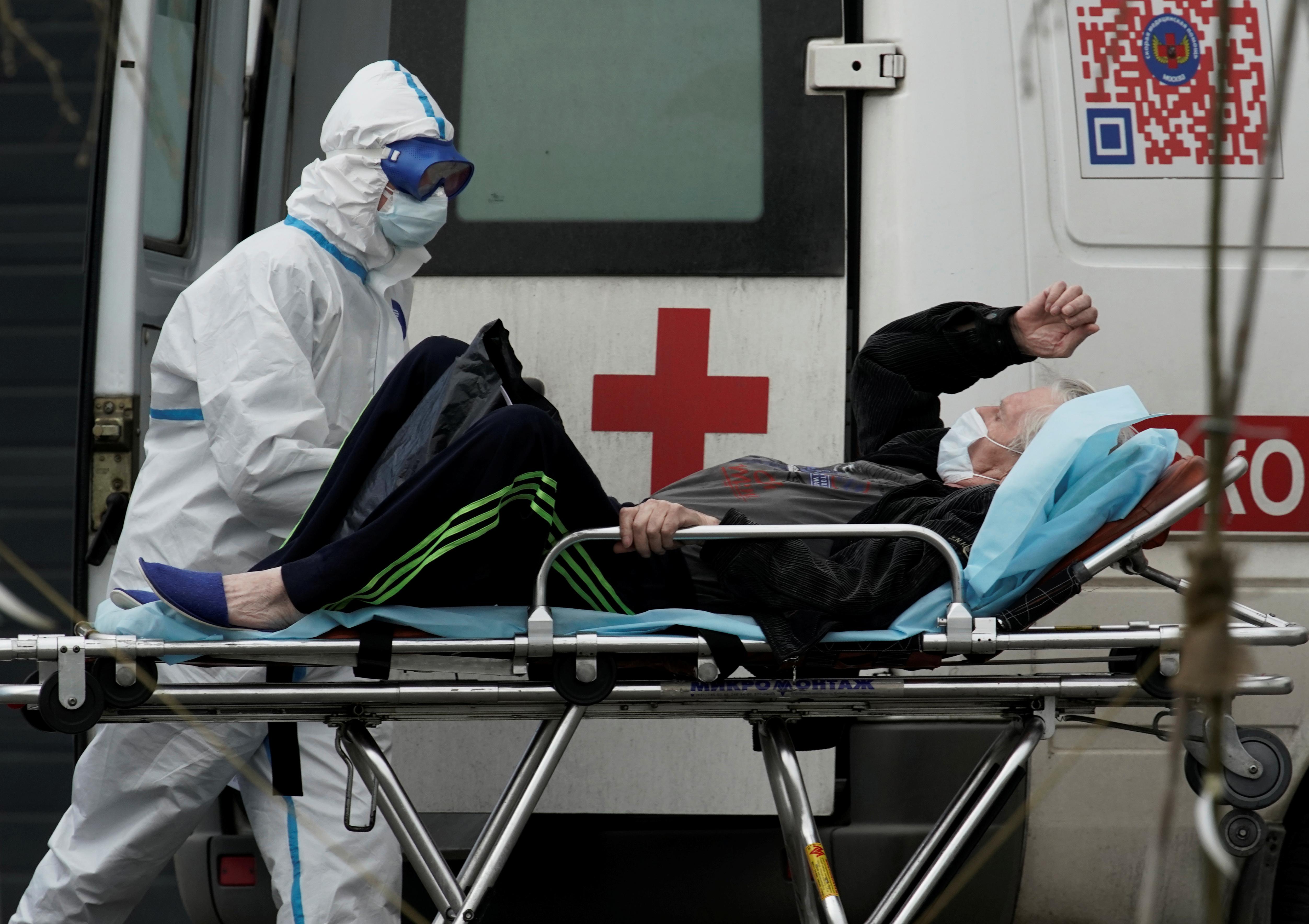 MOSCOW (Reuters) – Russia’s nationwide tally of confirmed coronavirus cases surged past the 100,000 mark on Thursday after a record daily rise in new cases, days after President Vladimir Putin warned the peak of the outbreak was yet to come.

Russia, the world’s largest country by territory, has been on lockdown since Putin announced the closure of most public spaces in late March.

Authorities began recording a sharp rise in cases this month after registering much lower case numbers than other countries in the early stages of the outbreak.

Russia is now in its fifth week of a lockdown that, together with the collapse of oil prices, has put the economy on course for a 4-6% contraction, according to the central bank.

Putin, addressing the nation on television on Tuesday, said the lockdown measures would have to be rolled over for another two weeks. He warned the outbreak’s peak was still ahead.

“The situation is still very difficult,” said Putin. “We are facing a new and perhaps the most intense stage in countering the epidemic.”